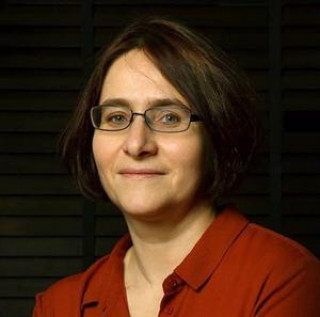 A new actor has appeared on the Russian political scene: young people between the ages of 15 and 25. Russia’s “Generation Z” arrived in a big way last month, when protests from the Far East to the Baltics rocked the country.

But why are youths today suddenly turning out at political rallies? Who are these people, and what do they want? What makes them different, and what do we know about them? What don’t we know?

Last fall, at the request of Sberbank, the market research company Validata conducted a survey to study young people’s values.

When it comes to parents, Validata found that most people want merely not to “break” their children by being too overbearing. For youths, that means more encouragement, support, friendship, and respect, and less blame.

“My child is an equally valuable member of my family,” a father from Saratov told Validata.

Raised in this supportive environment, young people in Russia today are much less afraid of the world, and more free-thinking and confident in themselves. Parents say their kids are growing up with a wider view of the world, without limitations on traveling abroad or imagining great possibilities.

Family values in modern-day Russia manifest in other ways, too: children show less deference to their parents and adults in general. Young people consider it perfectly normal to argue with their parents and stand their ground, seeing nothing revolutionary in such behavior.

“I often argue with one of my tutors about why dinosaurs went extinct, and how humanity emerged,” said a 16-year-old student in Moscow. “He’s a Darwinist, and I’m somewhat religious.”

Traditional lecturing in Russian schools, which makes no room for dialogue between students and teachers, is no longer acceptable to young people today. Adults who adapt to these new expectations and treat young people as equals, however, are welcomed as friends.

But Russian young people’s sudden interest in dialogue and their lack of servility aren’t just the results of a new approach to education. The new generation is also the product of the Internet, where millions of youths have spent their entire lives.

Most parents told Validata that they think websites like Vkontakte and YouTube are a waste of time. “It makes them very lazy,” one parent told pollsters. “They’d rather spend another hour on the Internet than help out around the house.”

Russian adults say they have no idea what their children learn on the Internet and on social media, and they think it's a waste of time. But it is fast becoming the cornerstone of youth culture. The young people learn, discuss, and get important information from the Internet.

“At 11, I started studying music-writing software. Around that time, I uploaded my first track — a kind of trance music — and it rose to second place on one of the charts,” a 17-year-old boy said.

Russia’s Generation Z: In Search of a Future

For Generation Z, the Web is a source of new music, new friends, new trends, new role models, new thoughts, new sensations, and new outlooks. The Internet is a place to broadcast yourself and find fame, and it’s recognition and affirmation that young people crave.

“We lead different lives,” one teenager told Validata. “We like taking pictures so that others can see and envy us.”

Things move fast online, too, and it’s hard to predict what will be trending tomorrow. Whatever it is, though, you can be sure the Internet will be there, fueling the craze.

Another thing that stands out about today’s Russian youth is how often they say “happiness” is the most important thing to them in life.

Just three years ago, it was a different story: the benchmarks for success were a good job and a respectable income. Suddenly, entertainment, travel, and “love” have become more important to young people than a stable career.

It's hard to come up with conclusions yet, but if Russia’s recent political demonstrations are any indication, this new spirit could breed a new era of nonconformity, where youth people’s quiet refusal to follow old rules transforms into vocal insubordination.

If this is the case, Generation Z’s unique understanding of mass information could put it at odds with even the most active older Internet users. In other words, Russia could be looking at a generational divide on top of the gap that already exists between adults who favor either television or the Internet for the news.

Vlada Gekhtman is a senior research manager at Validata.

The views expressed in opinion pieces do not necessarily reflect the position of The Moscow Times.
Read more about: Protest

State television in July said Danny Kulinich had raised crowds against the barring of candidates from local elections.
Wave of discontent

Russians fight because in some cases, justice is still possible, despite the constraints outlined above.
'stop shiyes'

Residents have been protesting the $160 million landfill's construction for more than a year.