The Moscow government has been included in the Guinness Book of World Records for a video projection onto the building housing Russia's Defense Ministry, city news agency Moskva reported Sunday, citing the head of the capital's inter-regional relations and tourism department, Vladimir Chernikov. 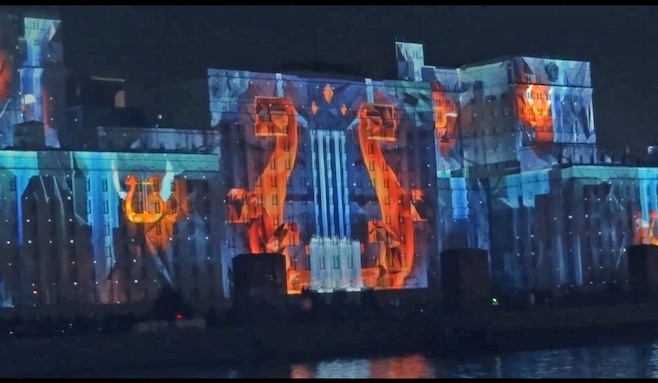 
The show — part of the city-wide “Circle of Light” festival — had a running time of one hour and used a whopping 140 video projectors and 650 light fixtures, the report said.

The Circle of Light Festival celebrated its fifth anniversary this year, running from Sept. 26 to Oct. 4.

'Hospital Clowns' Festival for disabled children to open in Ermitazh

If you've ever visited a Russian state hospital for children, you understand how miserable, sad and pessimistic it can be to spend long periods of time...
news

35MM Cinema is currently hosting the 12th French Cinema Today Festival, a quick glimpse into the state of cinema in the country of Jean Paul Belmondo...
news

It is called the Lyubimovka festival of young drama and, as everyone knows, youth is a state of mind.
mysterious damage