It is called the Lyubimovka festival of young drama and, as everyone knows, youth is a state of mind.

In fact, the festival is 26 years old. That's almost geriatric in festival years. It has been hosted for 15 years by Moscow's Teatr.doc, which will do the honors again this time when it opens its doors on Saturday at 3 p.m.

Lyubimovka continues to do what it has done for its entire history — pull back the curtain on the future of Russian drama. It offers audiences first glimpses of a barrage of newly written plays, a few of which will probably go on to successful lives in Russia and around the world.

Taking its name from the suburban Moscow estate of the great director Konstantin Stanislavsky where the first festivals were held, Lyubimovka is both an incubator and a launching pad. Hundreds of Russian playwrights pen new works specifically to submit to 18 selectors who eventually choose about three dozen plays that will be rehearsed and performed in staged, public readings.

Don't expect, however, to see nothing but fuzzy-cheeked, wide-eyed young hopeful playwrights running around the grounds of Teatr.doc throughout the intensive eight days of readings. There will be plenty of old mastodons on display as well, old-timers whose careers were launched or validated by Lyubimovka in the past.

What I'm trying to say is that plenty of stars will be present alongside the debutantes.

Consider Sunday's offerings. The day begins with readings of plays by two relative newcomers, Sergei Davydov's "Total United" and Natasha Borenko's "The Phenomenon of Memorized Helplessness," at 3 and 5 p.m. But they are followed by the first outings of big guns.

Veteran playwright Vyacheslav Durnenkov, a major player in the so-called Tolyatti phenomenon from a decade ago, offers up his play "Anti-cafe" at 7 p.m. He is followed at 9 p.m. by one of the brightest stars from the perennially strong Yekaterinburg school — Yaroslava Pulinovich, who brings her play "Elza's Land" to the festival this year. 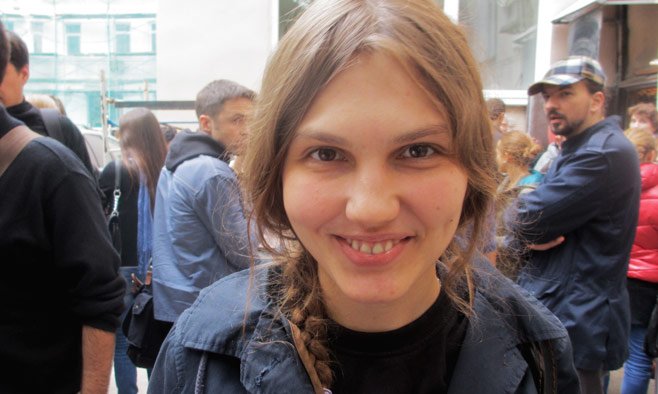 Other top-line writers participating include Ivan Vyrypayev, whose "Solar Line" runs Tuesday at 5 p.m.; Pavel Pryazhko, who had two plays selected — "Cannon Fodder," to run on Sept. 10 at 11 p.m. and "We're Already Here" on Sept. 11 at 9 p.m.; as well as Valery Pecheikin whose "Bozhenka" closes the festival on Sept. 12 at 9 p.m.

A special event is on tap Sept. 10 at 9 p.m. when a piece called "24 Plus," billed as "an adult conversation about intimate relations," is performed as a full production. This new play by contemporary masters Maksym Kurochkin and Mikhail Ugarov officially premieres at Teatr.doc on Sept. 20 but is being offered as a preview in the festival program.

For those interested in the practical side of play development and theater making, several workshops and lectures will be on tap. All begin at 3 p.m.

On Monday playwright Sasha Denisova heads a demonstration, "Playwright Minus Director: How to Create a Production." Sasha Dugdale, the British translator and poet, offers a talk on Tuesday entitled "Playwright Minus Line-by-Line Translation: The difficulties of Translation and the Language of the New Reality."

The Wednesday offering is a master class by Nicola McCartney, "Playwright Minus Theater: The Role of the Playwright in Social Projects." McCartney, an Irish-born, Scotland-based playwright and director, has worked in Russia for years combining social projects with theater.

The last entry in the educational program is Pavel Rudnev's Sept. 10 workshop, "Playwright Minus Innocence: Hands-on Training in Analyzing a Play."

Admission is free to all Lyubimovka events, but since demand often outstrips the supply of seats, a registration policy has been put in place for the second year in a row.

You can still just show up at the theater and hope to push your way into the small hall hosting the readings and events, but if you wish to be certain of a place to sit, go to the festival's website and reserve your own personal place.