UPDATE - Young Fathers will not play Friday after the lead singer fell ill. Other events and the rest of the concert will take place.

Scottish alternative hip-hop trio Young Fathers is heading to Moscow for a concert fresh off their Mercury Prize win for best album from the United Kingdom and Ireland. The prize, considered the most prestigious in British music, was awarded for the trio's debut full-length album "Dead."

The win surprised many observers because of the group's hard-to-define sound and the more commercially viable nominees they were up against. Bookmakers gave the group 25-1 odds to take the award, which came with a £20,000 ($30,000) cash prize.

"It's nice to win the award. But win or lose, to us we'd already won because we had the opportunity to perform, and that was the main thing. It's nice to win awards along the way, but we don't do music for awards, though it is definitely a stepping stone," group member Alloysious Massaquoi said about the win, speaking to The Moscow Times in a telephone interview before going on stage in Prague.

Prior to the Mercury Prize nomination, the group had only sold 2,500 copies of "Dead," despite also winning Scottish album of the year this summer for their previous release, the EP "Mixtape 2," beating the likes of more established names such as Edwyn Collins, Mogwai and Boards of Canada.

"With the kind of music that we do, it's gonna take time to get to a wider audience, but we're really ambitious so we want our music to be heard and seen, performance-wise, by as many people as possible," Massaquoi said.

The Liberian-born rapper met the group's other vocalist Kayus Bankole, whose family is from Nigeria, in his second year at school, and they both were introduced to third member and beat-maker Graham Hastings at an under-16 hip-hop night. "We've kept doing music since then, and now we find ourselves here."

The band was known in its early days as a "hip-hop boyband," but was also called "the best rap group in Scotland," an accolade given by British music weekly NME. 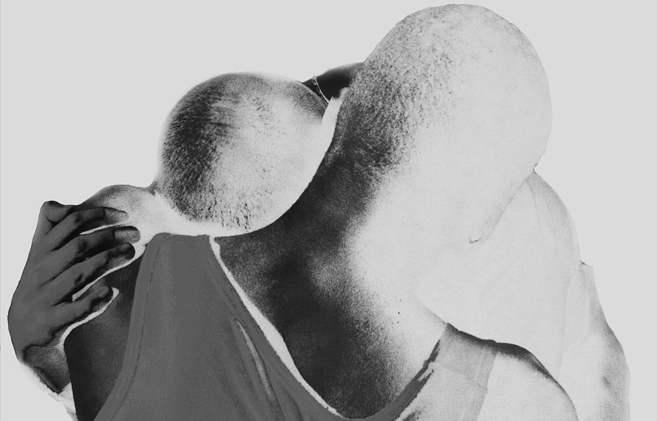 "It's gonna be three passionate men on stage giving all they've got."

"Even from an early age it's always been about writing songs, not just rapping and rapping over beats. Like for days, we'd be together trying to write a song. We love the sense of melodies and having all that kind of stuff. We just kind of nurtured that sound, and it evolved with the growth of the group," Massaquoi said.

Young Fathers has a new take on British urban music, with Massaquoi citing the group's varied backgrounds and Edinburgh's dearth of a music scene that contributed to Young Fathers having a wholly original sound.

"We're not strictly hip-hop. It's a mixture of so many different things. We're not huge fans of hip-hop. I like rap and having something to say, having weight behind your words, and it's more of a poetic thing. We're far from hip-hop. We're past hip-hop. It's almost punk. It's got that DIY influence, and there's a sense of danger in it, and I think that's what captivates people," Massaquoi said about the group's music.

Looking ahead to their first Russian concert, Massaquoi expects a warm reception, but he said: "It's gonna be three passionate men on stage giving everything they've got, so whether people like it or not, we're utilizing the space to perform and that's what we love doing."

The concert is part of British Council's FutureEverything festival taking place on Nov. 20-23. Part of the U.K.-Russia year of cultural exchange, the festival is the first stage of a three-month digital-culture exchange program.

Other musicians set to come to Russia include electronic music producer Lee Gamble, Ikonika, called "a rare female face in the male-dominated world of dubstep" by The Observer, and Scottish dubstep artist Kode9.

The festival will also include a series of lectures and workshops focusing on modern communication technologies and the exhibition "Quantum Entanglement," in which British and Russian artists explore philosophical debates in quantum theory through art.

The Young Fathers trio performs with Evian Christ, Flammable Beats, OL and Koreless & Emmanuel Baird on Friday at 8 p.m. at Artplay, 10 A Nizhnyaya Syromyatnicheskaya Ulitsa. Tickets cost 1,000 rubles. "Quantum Entanglement" is on show at the Laboratoria Art&Science Space at 3 Pereulok Obukha from Nov. 21 to Jan. 25. More information at FutureEverything.ru.