A quick glance at the shows slated to open during the 2013-2014 theater season in Moscow might make you raise an eyebrow.

Not one single staging of an Anton Chekhov play? Really?

Well, no. First, who knows what shows may crop up late in the season? Second, Dmitry Krymov opens his "Honore de Balzac. Notes on Berdichev" at the School of Dramatic Art on Oct. 9.

Krymov's deceptive title signals a general tone for the coming year — the unconventional and the unexpected should be expected. 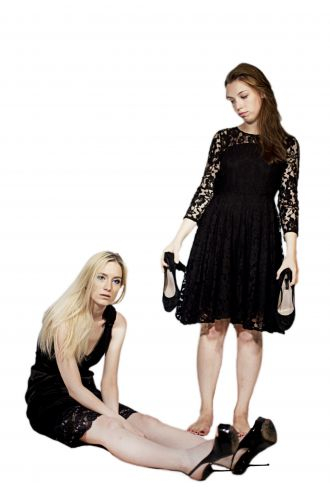 We will see productions of works by foreign authors Daniel Keyes, Luis Sepulveda, Fabienne Yvert and Abby Mann, while works by contemporary Russian writers Yury Klavdiyev, Alexander Arkhipenko, Sasha Denisova, Pavel Pryazhko and Mikhail Durnenkov will get airings in the near future.

Then there are two of the coming season's biggest enigmas: What will happen at the Stanislavsky Theater and the Playwright and Director Center? Both are now run by new artistic directors — Boris Yukhananov and Klim, respectively. Both will remain virtually closed until winter when renovations and radical overhauls of repertoires will be completed. Each director has stated he expects to clean his theater's slate and begin from scratch.

Last season's spectacular renovation project, the Gogol Center, plans a fiery second season that should compete with the successes of its first.

Gogol Center has already opened "Fear," a powerful dramatization of Rainer Werner Fassbinder's 1974 screenplay "Fear Eats the Soul." Vladimir Pankov's revival of Yury Klavdiyev's chick-centric road play, "Let's Go, a Car is Waiting," under the title of "Car," opens Fri., Sat. and Sun. on the small stage. And as if that was not a sufficient one-two punch, artistic director Kirill Serebrennikov premieres the Duncan Sheik-Steven Sater Broadway musical "Spring Awakening" from Oct. 4 to 8, while the talented young Latvian director Vladislav Nastavshev opens his "Medea" from Oct. 5 to 9.

After laying low for a few seasons of restructuring, the Meyerhold Center, as producer and presenter, unveils several interesting works this month.

Yury Muravitsky offers his dramatization of French author Fabienne Yvert's tale "Papa Leaves, Mama Lies, Grandma Dies" in the center's black box space on Sat. Following on Wed. is Nikolai Roshchin's "Cruauté," an exploration of Antonin Artaud's often misunderstood theater of cruelty. This is a production of Roshchin's A.R.T.O. Theater, presented by the Meyerhold Center. Sasha Denisova, a writer who recently has had hits at the Mayakovsky Theater and Teatr.doc, teams with director Alexei Zherebtsov and Liquid Theater to deliver a political broadside, "Alice and the State," based on lectures by Russian economist Alexander Auzan. It plays at the Meyerhold Sept. 23 and 24. 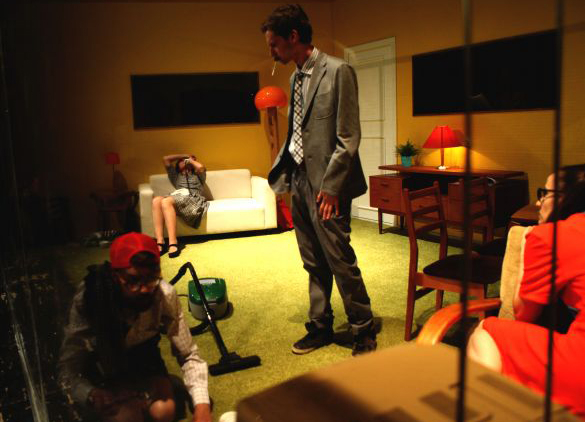 A scene from Yury Muravitsky's new play at the Meyerhold Center.

Marat Gatsalov, this year's Best Director winner at the Golden Mask Festival, joins playwright Mikhail Durnenkov at the Chekhov Moscow Art Theater to create an unorthodox adaptation of an abandoned screenplay by Pyotr Lutsik and Alexei Samoryadov. Titled "Tale About What We Can and What We Can't," it plays in a constantly shifting space on the small stage designed by top young designer Ksenia Peretrukhina. Later in the Art Theater's season the always controversial and political director Konstantin Bogomolov will reveal his own adaptation of Fyodor Dostoevsky's novel "The Brothers Karamazov."

The Mayakovsky Theater, entering its third season under the leadership of Mindaugas Karbauskis, is preparing a mix of the traditional and the unusual. It is the latter that kicks off first with Polina Struzhkova's dramatization of Chilean writer Luis Sepulveda's children's tale "The Story of a Seagull and the Cat Who Taught Her to Fly." Titled "Mama Cat," it opens on Sat. Veteran director Leonid Heifetz will stage Brian Friel's "Fathers and Sons," an adaptation of Ivan Turgenev's famous novel, later in the fall, while St. Petersburg director Lev Erenburg will direct Alexander Ostrovsky's "Without a Dowry" after the new year.

The Mayakovsky is one of many houses this year — including the Moscow Art Theater, the Taganka and the Yermolova — to initiate a special program for young directors. Its first project pairing Sasha Denisova with director Nikita Kobelev will rechristen the theater's affiliate on Ulitsa Sretenka after years of renovations.

Another important reclaimed space is the Boyarskiye Palaty, or Chambers of the Nobility, at the Theater Union on Strastnoi Bulvar. It will host readings, lectures and experimental productions, such as Gleb Cherepanov's "I Wish To Speak" and Mikhail Mokeyev's "The Devils," several nights a week.

For those interested in contemporary Russian drama, the variety of offerings will be as broad as it has been in years.

Director Dmitry Volkostrelov interprets Minsk-based Pavel Pryazhko's "Three Days in Hell," an iconoclastic drama containing no dialogue, at the Theater of Nations. It opens Thurs. on the small stage.

Alexander Uglov's "London Triangle," a treatment of a love affair among 19th-century Russian revolutionaries, opens at the Contemporary Play School on Sun., while undeclared fall openings are set for Anna Yablonskaya's "Irons" at the Yermolova Theater and Alexander Arkhipov's "The Mosin Rifle" at the Et Cetera Theater.

The masterful Yury Butusov continues his collaborations with the mighty Satirikon Theater when, on Oct. 19, he unveils his take on Shakespeare's "Othello." He actually planned to stage "Three Sisters" but dropped it after rehearsals began and switched to "Othello."

At the Theater Yunogo Zritelya, Genrietta Yanovskaya is rehearsing Alexander Volodin's Soviet-era classic "You Don't Leave Those You Love" for an Oct. 11 premiere. Her husband Kama Ginkas is rehearsing Nikolai Leskov's "Lady Macbeth of Mtsensk" with St. Petersburg actress Yelizaveta Boyarskaya in the lead.

Boyarskaya, incidentally, will accompany her home theater, Lev Dodin's Maly Drama Theater of St. Petersburg, during a two-week Moscow residency at the Mayakovsky and Et Cetera theaters from Sept. 28 to Oct. 13.

And you know what? I've barely cracked the surface of what Moscow theater will offer this season. Lots more details to come.