The new legislation signed into law by Russian President Vladimir Putin on Monday banning any favorable public depiction of LGBT relationships or identities is a profoundly dangerous ploy to shore up mob support for the Kremlin by harnessing popular prejudice — and one that risks endangering some of the most vulnerable members of Russian society.

The new statute, which expands five existing laws, at no point actually defines what constitutes the so-called "LGBT propaganda" it proscribes — surely a vital element of any serious legislation. Though that may well be intentional, as seen with bookshops across Russia pre-emptively removing titles depicting same-sex relationships on Tuesday, and with the media and the arts sure to follow.

The bill was what's known in Russian political jargon as a "mass grave" due to its cross-party support, an increasingly pronounced phenomenon of Putinism in which the Kremlin attempts to portray factional disputes in Russia's managed democracy being put aside in the name of political unity.

Some of the other controversial laws enjoying cross-party support in the Duma over the past decade include legislation as odious as the Anti-Magnitsky Act, which bans U.S. citizens from adopting Russian children; the law requiring foreign NGOs to register as "foreign agents"; and, of course, the original law banning the "promotion" of LGBT lifestyles to minors in 2013, the year in which the Duma rubber-stamped so much vindictive legislation that it became known as the "mad printer."

Those laws did not appear out of the blue, however. They were a product of the profound political crisis the Kremlin faced in 2012 when Putin returned to the presidency after briefly ceding it to Dmitry Medvedev. Instead of adulation, Putin was met with huge protests as Russians bristled at the clear falsification of the recent parliamentary elections.

The most notable of these, on Moscow's Bolotnaya Square, so spooked the authorities with its sheer size that a quest to win renewed legitimacy for Putin and his political system was immediately set in motion.

Just two years later, with a newly confident Kremlin drunk on bravado from its annexation of Crimea, the legitimacy issue appeared to have been put to rest once and for all as Putin's exploitation of nationalist resentment and anti-Western feeling saw his domestic approval rating soar to 86%.

But within a decade, a fresh boost to the popularity of Russia's permanent leader was required, this time by way of a "special military operation" in Ukraine. The "mad printer" sprang back to life and dutifully passed new laws banning anti-war demonstrations, criminalizing the spread of "fake news" about the war, and introducing military censorship.

As Russian defeats continue to mount in Ukraine and domestic discontent grows over mobilization, sanctions, and Russia's international isolation, the Kremlin is once again attempting to distract the population by looking for internal enemies to bolster Putin's all-important approval ratings.

By adopting this new package of laws, the Kremlin is sending an unequivocal message that violence against queer people is acceptable. Research shows that hate crimes against LGBT people in Russia increased significantly after the introduction of the original 2013 law. The adoption of more state-sponsored homophobia will inevitably lead to yet another wave of violence, and further increase the LGBT suicide rate, particularly among teenagers.

This is even before considering the corrosive effects of the war, and the relentless state propaganda machine behind it, on Russian society as a whole. In the minds of much of the population the war with Ukraine — which is regularly termed a "holy war" by ultra-nationalists — is an existential battle against neo-Nazis, drug addicts, and sexual degenerates for the future of Russia.

"This decision will protect our children, the future of the country, from the darkness spread by the United States and European governments. We have our own traditions and values," State Duma Speaker Vyacheslav Volodin wrote on Telegram to mark the bill's passing.

Volodin may seem an unlikely choice to lead the campaign for so-called "traditional values" in Russia, as his own sexual orientation has been been the subject of speculation in the Russian-language media since 2013, when the then-Kremlin deputy chief of staff was outed by Russian LGBT activist Nikolai Alekseyev during a radio discussion in which he was arguing that homosexuals existed even in the ranks of the country's elite.

Volodin's efforts to legislate against the rights of LGBT people may in fact be a direct consequence of the rumors about his sexuality, feeling the need to be twice as hardline in his rejection of so-called "non-traditional relationships" in the light of Alekseyev's claims.

This is definitely the case for Anton Krasovsky, one of Russian propaganda's best-known amplifiers, who came out live on television back in 2013 and for years supported LGBT rights in Russia, but who later worked hard to burnish his reputation as a virulent nationalist and passionate supporter of the war in Ukraine. Since 2020, Krasovsky has been working at the propaganda channel Russia Today, where he fell in line behind the latest assault on Russian LGBT people.

Krasovsky claims not to believe the new bill will oppress the queer community in any way at all, and even warned that without it "girls will become hairy apes by the age of 12, while boys will have their genitals removed." In October, Krasovsky became a victim of his own theatrical extremism when he called for Russian-speaking children in Ukraine who didn't support the Russian military to be "drowned" in rivers and "burnt" in an extraordinary outburst that prompted RT to suspend him.

Kremlin propaganda has worked tirelessly to create an image of Ukrainians Nazis over the past decade, and the strength of the rhetoric used to amplify that campaign led to a very real war and the deaths of thousands. Make no mistake, this latest attempt to further dehumanize some of Russia's most vulnerable groups risks the same scale of human suffering in service of its ultimate purpose: ensuring that a small elite retains total control of Russia. 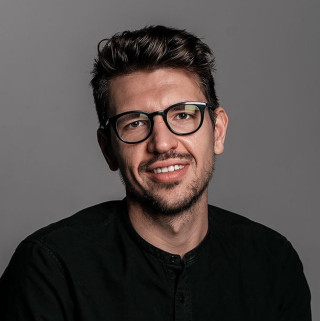 Anatoly Buzinsky is a Russian journalist and a former Dozhd special correspondent in St. Petersburg. He currently lives in Berlin.

Anatoly Buzinsky is a Russian journalist and a former Dozhd special correspondent in St. Petersburg. He currently lives in Berlin.
Read more about: LGBT , Human rights

Russian President Vladimir Putin signed a law expanding the existing ban on so-called “LGBT propaganda” toward the entire population, not just...
Kicked out

Well-known liberal figures like Yekaterina Schulmann and Pavel Chikov will no longer advise the Kremlin on human rights.
RE-EDUCATION CAMPS

‘If They Send Us Back to China We Will Die’: Uighur Brothers Fight Deportation From Russia

Twins seeking refugee status are desperate to avoid the fate of a friend, who tells of his time in a re-education camp in China for the first time.
LGBT

The Just Russia political party says it will not try to remove Yekaterina Messorosh from a local voting precinct commission in St. Petersburg because of...