Contribute Today
By Andrei Muchnik
May 26, 2015

Now that Museum Night, which took place over the last two weekends, is over, you can finally go and see the exhibitions you wanted to without having to queue for hours at a time. Below is our selection of the best exhibitions this coming month.

The Pushkin Museum has been on fire lately. If you plan to go there in June, you had better set aside several hours for it. First, there is Mihaly Munkacsy, arguably the best-known Hungarian painter of the 19th century, who managed to become one of the best-selling painters in fin de siecle Paris. Apart from art, Munkacsy is famous for marrying his benefactor's wife and for suffering from syphilis. About 50 paintings, mostly from the Hungarian National Gallery, are on view, including many famous landscapes and portraits. You can also see a sketch of Munkacsy's most famous work, "Glorification of the Renaissance," which is on the ceiling of the Kunsthistorisches Museum in Vienna.

On June 9, the Pushkin Museum opens another major exhibition, a retrospective of Alexander Calder, the American 20th-century sculptor and pioneer of kinetic art. He is the inventor of the mobile, a type of sculpture with moving elements that are balanced against each other. Fifty-six art works are on show at the exhibition, from Calder's early wire sculptures to models of stationary monumental sculptures called "stabiles." It is the first retrospective of this important artist in Russia and definitely a must-see for all art lovers in Moscow. 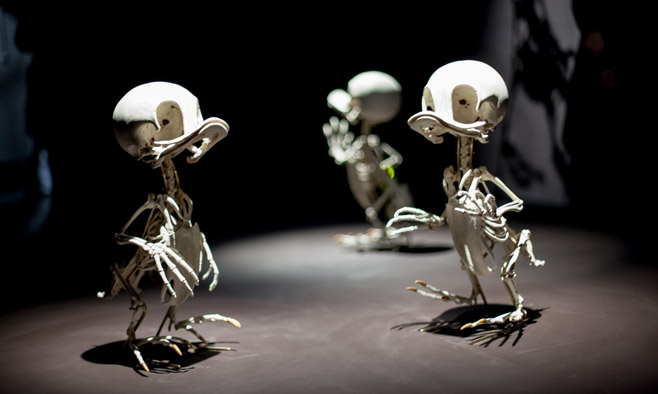 In addition, check out French Baroque painter Nicolas Poussin's work "Empire of Flora," which is on loan from the Dresden Museum to commemorate the effort the Pushkin Museum took to save the Dresden Museum's collection in the years after the end of World War II.

The New Tretyakov Gallery in Muzeon park has put together a unique exhibition of late Soviet hyperrealism. The exhibit features more than 100 works of Russian, Ukrainian, Estonian and Armenian artists that you probably have never seen or maybe even heard of before. Hyperrealism is best explained as art on the border between a photograph and a painting. It uses realistic elements of photography to create a world that does not exist in reality, a simulacrum. Vivid colors and an interesting take on the epoch of "developed socialism" makes this a very entertaining exhibition.

One floor below the hyperrealism exhibit you can find a retrospective of unfairly forgotten Armenian-Russian 20th-century artist Georgy Yakulov. More than 130 works (paintings, sketches) are on show at the exhibition, most of them from the Armenian National Gallery. Yakulov, who died in 1928, tried to combine Western artistic traditions with those of the East. The result was his theory of "colored suns," which postulated that each country's culture depends on the amount of sunlight it gets. Yakulov was an important member of the Russian avant-garde and the retrospective at the Tretyakov Gallery restores his name to its rightful place.

Across the street from Muzeon, part of the Soviet colossus of an entrance building of Gorky Park has been turned into an art gallery. The first exhibition on show there is "Animatus" by South Korean artist Hyungkoo Lee. His sculptures are imagined skeletons of famous cartoon characters like Donald Duck and Tom and Jerry. Lee's idea is that by building skeletons he proves that these creatures could have existed in the real world.