We could hardly call it the Golden Mask Festival were a production by Lev Dodin and his Maly Drama Theater of St. Petersburg not participating.

Dodin's entry this year, Anton Chekhov's "The Cherry Orchard," has come and gone for Moscow spectators, although the festival itself still runs strong. There are eight more days to go.

But believe me when I say "The Cherry Orchard" will be on the lips of many when the festival jury meets in the wee hours of April 18 to decide who will take home awards at the closing ceremony later that day.

It could be no other way.

"The Cherry Orchard," with seven nominations — large-scale production, director, two actresses, actor, designer and lighting designer — is one of the most highly touted shows of the festival. Only Moscow's Theater of Nations and St. Petersburg's Bolshoi Drama Theater received more nominations, nine, but their nominations are split between two shows each. 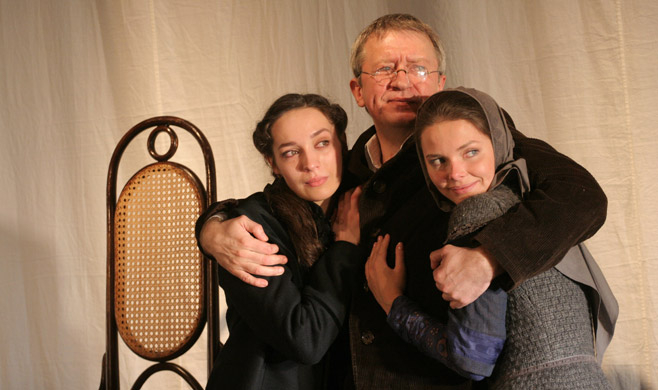 The seven nominations for "The Cherry Orchard" lead the pack for a single title.

A tall ladder stands in the central aisle, cutting off sight lines, while an old-fashioned film projector stands beside it and hints to anyone who knows this play that something here is different.

For the uninitiated I explain: There are no films in Chekhov's play.

Practically speaking, this means many around the auditorium had problems seeing and hearing. Those in the balconies saw few entrances and exits, for a good half of them took place under the Art Theater's low ceiling in the back.

I mention this in detail, as it was an unavoidable aspect of the Moscow performances for large numbers of spectators.

But in the end you set these things aside. Festivals create awkward moments for visiting theaters. It's the nature of the beast.

In fact, the artistic vision that Dodin shared with us was sometimes exquisite, sometimes as powerful as a hammer hitting an anvil.

Dodin did what directors everywhere are doing with plays now firmly ensconced in the pantheon of classics — he played fast and loose with Chekhov's text, rearranging it, cutting it and introducing into it bits of other texts.

Being the classically trained director that he is, he did this better to reveal the essence of the play Chekhov wrote in 1904, while bringing it closer to individuals watching it in the modern age. 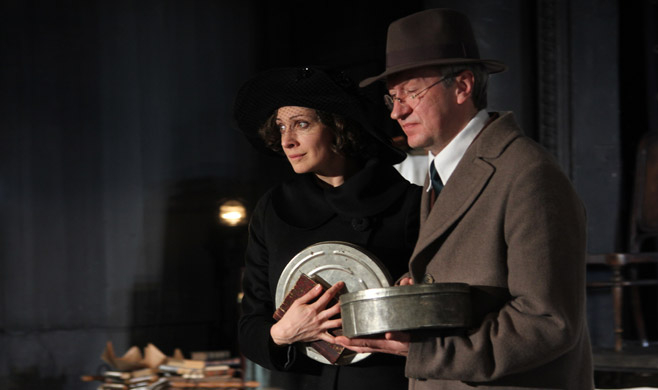 Lev Dodin introduces a film of the cherry orchard in question into the play.

Thus this production begins with the old servant Firs as one of the few characters who actually stands on the stage anywhere besides the front edge. It plays down the servant girl Dunya, minimizes the presence of the eccentric governess Charlotta, and not only allows the wealthy former serf Lopakhin two long kisses with the adopted daughter Varya — but actually provides them time to run off stage for a quickie while no one is looking.

In this version, when Lyubov Ranevskaya and her brother Gayev ask for one more look at the cherry orchard after it has been sold, and before they leave it forever, they actually ask to see Lopakhin's film about the orchard one more time.

These changes are neither random nor self-serving. Each of them allows us to step into a deeply familiar world and to see it from an entirely new perspective.

Dodin's direction is marvelous, but his creation takes wings thanks to Danila Kozlovsky's prodigious performance of Lopakhin. He is strong, smart, generous and conflicted.

And that is where the tragic flaw lies in this aching human tale.

This man breaks once he gets too much power too quickly and unexpectedly. Megalomania sets in; call it the "Putinization" of Lopakhin. It makes this one of the strongest Dodin productions I have seen.