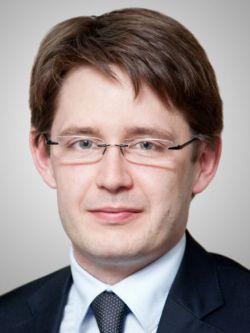 In recent years, public policy is more and more focused on implementing social initiatives involving business structures. A variety of formats and tools to ensure effective interaction between the government and business circles has been created. One such tool is holding specialized business forums, within the framework of which business representatives and authorities have the opportunity to discuss the most topical issues of cooperation.

A panel discussion organized within the framework of the annual real estate exhibition MIPIM has become one such platform.

The trend of open dialogue is an indicator of systemic qualitative changes in the relationship between the government and business circles.

This allows implementing efficiently a set of significant projects in the sphere of engineering and transport infrastructure, as well as in the social sphere.

The state has a key role in the creation of impulses for the development of business and the economy as a whole, in particular by carrying out large-scale international events in Russia.

Extremely high demands are traditionally raised to organizing the events of such a scale, which implies maximum return from the business at every stage of the project.

A bright example is the recently held Olympic Games, the preparation of which involved a wide variety of business areas, primarily in construction and transportation. Within the framework of preparation of the Olympic Games in Sochi new sports, residential and hotel facilities were constructed in the region, lines of communication were updated, the airport was reconstructed. The infrastructural update contributed to the development of retail, restaurant and hospitality industries, as well as the service sector.

Over the past few years, Russia has become a center of major international events: in September 2012 APEC summit was held in Vladivostok, and a year later the World Summer Universiade was held in Kazan.

In both cases, the result of the event was the development of the regions. Preparations for the APEC summit spurred the integrated development of the Russky Island: the campus of a new university was built, and new bridges connecting the island with the mainland were constructed.

Until 2020, our country will remain at the center of major international sports events: in 2014 Sochi will host the Grand Prix of "Formula 1," in 2015 in Kazan, the World championship in water sports will be held, in 2016 Russia will host the world hockey championship, in 2018 — the World Football Cup, in 2019 Krasnoyarsk will be the capital of the XXIX World Winter Universiade.

All these activities are primarily area development projects within the framework of which modernization of infrastructure and the construction of social objects are realized.

For many companies, participation in large-scale state projects means an opportunity to mitigate the negative impact associated with the instability of the market and define the outlines of long-term development. It should be noted that currently implementation of many projects is complicated by economic stagnation that is observed in many market segments.

However, it is important to realize that the crisis is cyclical natural economic phenomenon, which eventually often leads to economic recovery. And if we consider the crisis in the long term, it may be noted that in times of uncertainty, new opportunities, and the proper use of current market conditions allows business circles outlining new development horizons.

In this respect the dialogue between representatives of business circles and the authorities, productive cooperation and orientation towards common interests, including a part in the international scale projects under the stagnation conditions will contribute to revival of the market and in the long term to improvement of the investment climate in Russia.