The forensic dissection of Russian political talk shows by analysts hoping to gain insight into the Kremlin’s inner workings has skyrocketed since the invasion of Ukraine, though this obsessive scrutiny of Russia’s propaganda-entertainment complex may ultimately prove futile as a way of parsing Putin’s next steps in the conflict.

It tends to be less the overall discussions of the war that get traction, and more a particular type of excerpt from them, be they shocking ­— such as threats to use nuclear weapons — or outlandish, such as accusing Ukrainians of Satanism. Often, they are simply soundbites that align with what many in the West want to hear, such as admissions of Moscow's military failure or criticism of the Russian army's top brass, which are then enthusiastically interpreted as signs of dissent within Russia's elite.

While Russian talk shows may appear to provide insight into Russia’s internal political climate, it could be argued that they in fact project a distorted image of Russian political reality that obscures as much as it reveals.

Redundant though it may seem to point out, Russian political talk shows are first and foremost propaganda pieces, the primary function of which is to shape domestic public opinion. A new type of talk show emerged in the early 2010s when, in the wake of massive protests over electoral fraud, the Kremlin realized it needed to overhaul how it set the public agenda, creating a format capable of reaching even skeptical viewers.

Academics Vera Tolz and Yury Teper have termed this genre "agitainment" – shows with aggressive political and ideological messaging that nevertheless adhere to the production standards of equivalent talk show formats worldwide. Following the rules of both propaganda and entertainment, these talk shows always reflect the Kremlin’s key ideological concepts, but in a format that is highly engaging.

Employees of state-run Channel One have confirmed that a key factor in selecting guests for some shows is the degree to which they can yell, not least as part of the fierce competition for viewers. Such commercial considerations need to be borne in mind when apparent hate speech and threats of nuclear war are seen on air – they're often more reflective of the channel's need to drum up ratings than the Kremlin’s attempts to convey new talking points.

While the dissenting voices on Russian political talk shows do not reflect the actual tensions within Russia's elites, they do serve another important purpose — that of creating the illusion of open political debate. Those charged with booking guests generally interview potential contributors in advance to ensure that even if their positions are somewhat liberal, they don’t wholly undermine the Kremlin’s narratives.

Criticism of the invasion tends to emerge on Russian talk shows at times when Russian forces are retreating or otherwise failing in Ukraine. Initially, most news programs simply remain silent about Russia’s military reversals — though, as completely ignoring events would cause suspicion, political talk show hosts will usually be the first to address challenges in the field due to the relative autonomy they enjoy compared with most in the Russian media.

News anchors will follow suit once the Kremlin provides state media with talking points, usually involving the substitution of terms such as "regrouping" and "tactical redeployment" instead of "retreating" and "losing territory."

By covering such events, political talk shows minimize the disconnect between propaganda and reality and therefore lessen the chances of viewers becoming suspicious of the coverage they watch.

Political sociologist Sam Greene noted in a recent analysis that Russian President Vladimir Putin’s speeches served to recruit, to confuse and to test out new narratives, but that they were "not meant to inform." The same can be said of Russian political talk shows with one significant addition: they must also entertain. So when another pundit suggests that it might be a good idea for Russia to withdraw from Ukraine, don’t be fooled — it’s neither an off-ramp nor a revolt against Putin.

The Kremlin’s control over Russia’s television channels is multi-layered, with key talking points discussed at weekly meetings between editors and the Kremlin, and consultants issuing angles for how certain events should be reported. However, the day-to-day work of journalists is also regulated by self-censorship based on an implicit understanding of the official line.

Leading Kremlin propagandists, such as Vladimir Solovyov or Olga Skabeyeva, are no exception to this rule; while they receive instructions, they also retain a good deal of autonomy and largely determine the content of their broadcasts themselves, choosing their approach to stories based on their interpretation of the official line rather than direct access to the decision-making process itself.

Attempting to capture the current state of discourse in the Russian media by analyzing Russian political talk shows is therefore counterproductive. While the emergence of a fresh narrative on a talk show could suggest a new Kremlin strategy, it’s important to remember that such shows are a breed apart and are not necessarily representative of wider Russian media discourse.

In general, the only way to determine whether Russian state media is adopting or abandoning certain talking points is to monitor all relevant media content, allowing algorithms to detect changes in media coverage, such as when "de-Nazification" and "demilitarization" were recently abandoned as justifications for the war on television.

Russian political talk shows should therefore be taken for what they are: propaganda pieces that serve to entertain, generate ratings, shape public opinion, and ­— perhaps most significantly of all — confound viewers.

The lack of consistency in Russian propaganda is arguably a feature rather than a bug. Providing multiple contradictory interpretations of the same event is a tactic deliberately used by the Kremlin to bewilder and paralyze the Russian public. While talk show narratives have typically been confined to domestic audiences in the past, the increased attention accorded them since the war began has — while extending their reach and growing their viewership — arguably also exaggerated their significance. 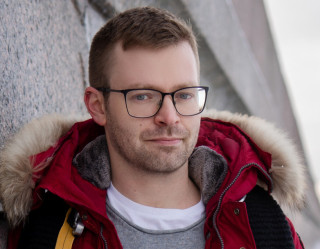 Maxim Alyukov is a postdoctoral fellow at King's Russia Institute, King’s College London, and a researcher with Public Sociology Laboratory in St. Petersburg.

“If they don’t normalize the work of Russian media on U.S. territory, there will be forceful measures as a consequence.”
THE MT LIST

Over The Weekend: Celebrate the Electrifying Genius of Nikola Tesla

July 10 marks the 160th anniversary of the birthday of Nikola Tesla, the brilliant Serbian-American engineer, physicist and inventor responsible for the...