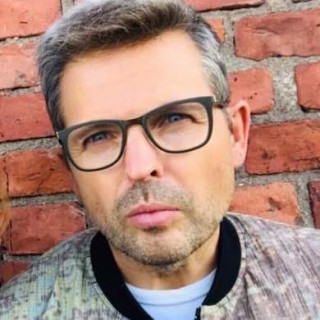 On Thursday a group of Russian investigative journalists published a series of articles about massive corruption at Gazprom, Russia's largest company and one of the leaders of the global energy market. Why should this be important to an international audience?

It is commonly believed that Gazprom is a state-owned company acting in the interests of Russia. The state increased its share of the company to a controlling stake under Putin, and now more than 50% of Gazprom's shares belong to the state. Inside Russia at least, this has been interpreted as a great success for both the president and the management of Gazprom.

When Russian propagandists use the phrase “Putin raised Russia from its knees,” they mean in part the transformation of Gazprom into an international corporation fighting for the interests of Russians. However, as is always with propaganda, this is a lie.

Thanks to an investigation by the independent media outlet Proekt and the team of Russian opposition leader Alexei Navalny, it has become clear that from the very beginning of Putin’s rule Gazprom has been a source of personal wealth for Putin himself; the head of the company, Alexei Miller, who worked as Putin’s secretary for many years; and a group of high-ranking intelligence officers.

The scale of the state money expropriated is shocking. Gazprom money has paid for numerous neo-baroque palaces and country estates from the Black Sea to the remote mountainous region of Altai. But if only it were just palaces!

For example, the owner of a quarter of Gazprom's largest contractor – the one that built the Nord Stream gas pipelines – is a chauffeur who worked for a retired Russian intelligence agent who spent much of his career in Syria. Their other major asset is a stake in Sogaz, a state-run insurer reportedly used by Putin’s inner circle to control major companies.

These men have been around for decades: they are the same proxies who participated in the expropriation of Yukos, formerly Russia’s largest oil company, which was seized from billionaire Mikhail Khodorkovsky in the early 2000s on Putin’s orders.

These senior officers – called “golden colonels” by the investigative team – serve their bosses, Putin and Miller. The colonels own and operate the resort in Sochi where Putin goes skiing and the Siberian palace where the aging Russian leader takes rejuvenating baths in deer blood. Even the firm that breeds deer for this purpose is owned by the same nominal owners.

All of the above demonstrates one thing: whenever you hear Gazprom's threats to Western countries, remember that these are not ordinary citizens, it is Putin personally and his "golden colonels" who are threatening you.

Since the start of the war, Gazprom has demanded that Western countries pay for gas in rubles and has stopped deliveries to some European countries. Gazprom has waged gas wars against Ukraine at least four times in the past. It is Putin, Miller and FSB officers who are using  a state-owned company to threaten the world.

The irony is that there are many thousands of towns and villages in Russia where there is no natural gas supply. The average level of gasification in the country – one of the coldest on the planet – is slightly more than 70%, but in many regions it is only about 20%. Thousands of residents of Altai who live near Putin's and Miller's luxury vacation spots do not have the option of heating their homes with gas. For these ordinary Russians, Putin and Miller are the same enemies as they are for the people of Ukraine.

Western countries should keep this in mind, especially when planning sanctions. None of the proxies described in our investigation has ever been mentioned as a potential target of sanctions – despite the fact that some of them have firms, and maybe real estate, in Europe.

Putin, Miller and their henchmen must answer not only for what they are doing in Ukraine, but also for what they have stolen from their own nation.

Roman Badanin is a Russian journalist, researcher, founder and editor in chief of the Proekt and Agentstvo media outlets.

Roman Badanin is a Russian journalist, researcher, founder and editor in chief of the Proekt and Agentstvo media outlets.