“Long Time, No See” is the very apt title of an unusual photography exhibition at the Pulkovo Airport in St. Petersburg. The project, curated by the Dobrodely charitable foundation, brings together 45 photographs that show St. Petersburg through the stories of some of its oldest residents. The project’s participants revisit their favorite places in the city — places they had not seen for the months of the coronavirus pandemic, or even longer.

All the images were taken by the photographer Olga Proskurina, who conceived the project as more than just a chance to see St. Petersburg through the eyes of some of its oldest citizens. It is call to reconnect with the people we love before it is too late.

Alexander Korolyov and his wife Serafima have been together for 70 years and are now in their 90s.

Their favorite place in St. Petersburg has always been St. Isaac's Square and the Moika embankment. The Korolyovs were photographed in the small garden at the very center of the square in front of St. Isaac’s Cathedral. For Serafima, who is a native of St. Petersburg (unlike her husband, originally a Muscovite) this area is also connected with her precious childhood memories: Her mother worked as a cleaner in the Mariinsky Palace, which is now home to the city’s Legislative Assembly.

When Serafima was born, her mother was issued an apartment right where she was working at the time — at the palace! Mother and daughter stayed in their flat at the palace until 1942, when the building was given to the City Executive Committee. Serafima and Alexander met in Leningrad, where he found himself during the war. In 1944 he served at the legendary Yermak icebreaker.

The couple said their key to a happy family is very simple: “All it takes is to listen to each other and forgive small wrongs.”

Valentina Gavrilova, age 98, reconnected with her past in a three-hour visit to the State Hermitage Museum, which holds a very special place in her heart. Born in the town Pyatigorsk, Valentina had just finished high school when the war broke out. Along with many other girls she entered nursing school and eventually found herself in Leningrad. After the war she worked in a pharmacy near the Hermitage, escaping from work at every opportunity to have a look at the magnificent halls of the museum. It is no wonder that the three hours at the museum flew by and brought a wealth of joy and inspiration, rather than any fatigue.

Valentina Gavrilova’s love for the arts and the beautiful things in life is inspiring. She recites the poetry of Alexander Blok and Marina Tsvetayeva by heart — at age 98! — and tends the flowers in a garden near her house. “I wish everyone happiness,” she wrote in a note to the audience of the exhibition. “Get involved, love people, help them, do not pass by [when you see someone in need]— and all will be well with you.”

From sorrow to success

The Siege of Leningrad took a terrible toll of Yuri Klyaus’ family; he was left an orphan in 1941 when he was a little boy. He was rescued by his neighbor, who arranged for him to work at a factory where he received bread in return for work. In 1942 the boy was evacuated from Leningrad to an orphanage near Ryazan. After the war Yuri returned to Leningrad and lived in orphanage on Zhdanovskaya Street. Olga Proskurina arranged a photo session of Yuri outside the orphanage. One of Yuri’s dearest post-war memories is the founding of the Primorsky Victory Park, in which he took a part.  “I was studying in a college back then. Today the school’s building is a hotel, but I found my windows," he said.

Despite his tough start in life, Yuri went on to become an awarding-winning power engineer. 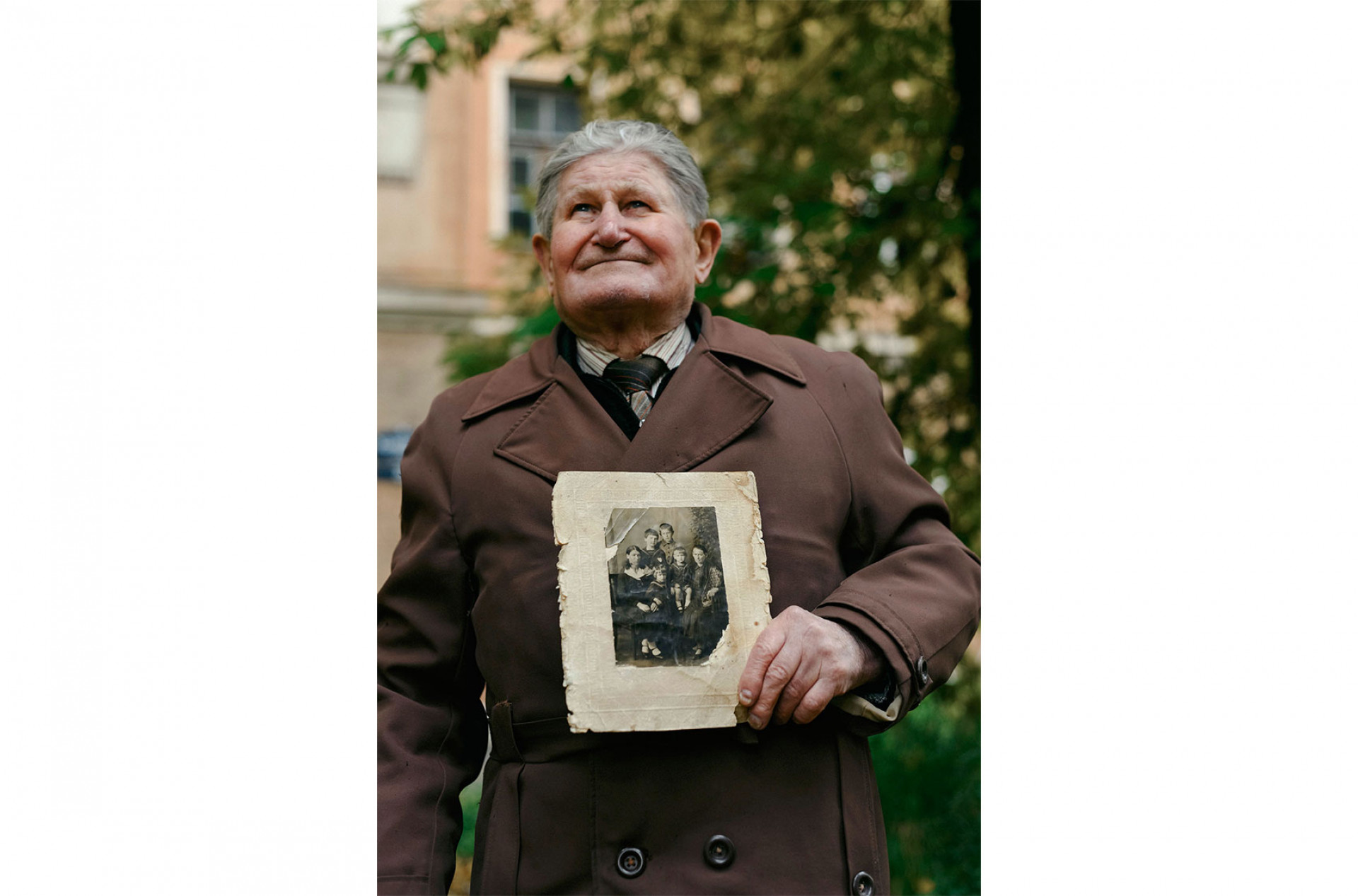 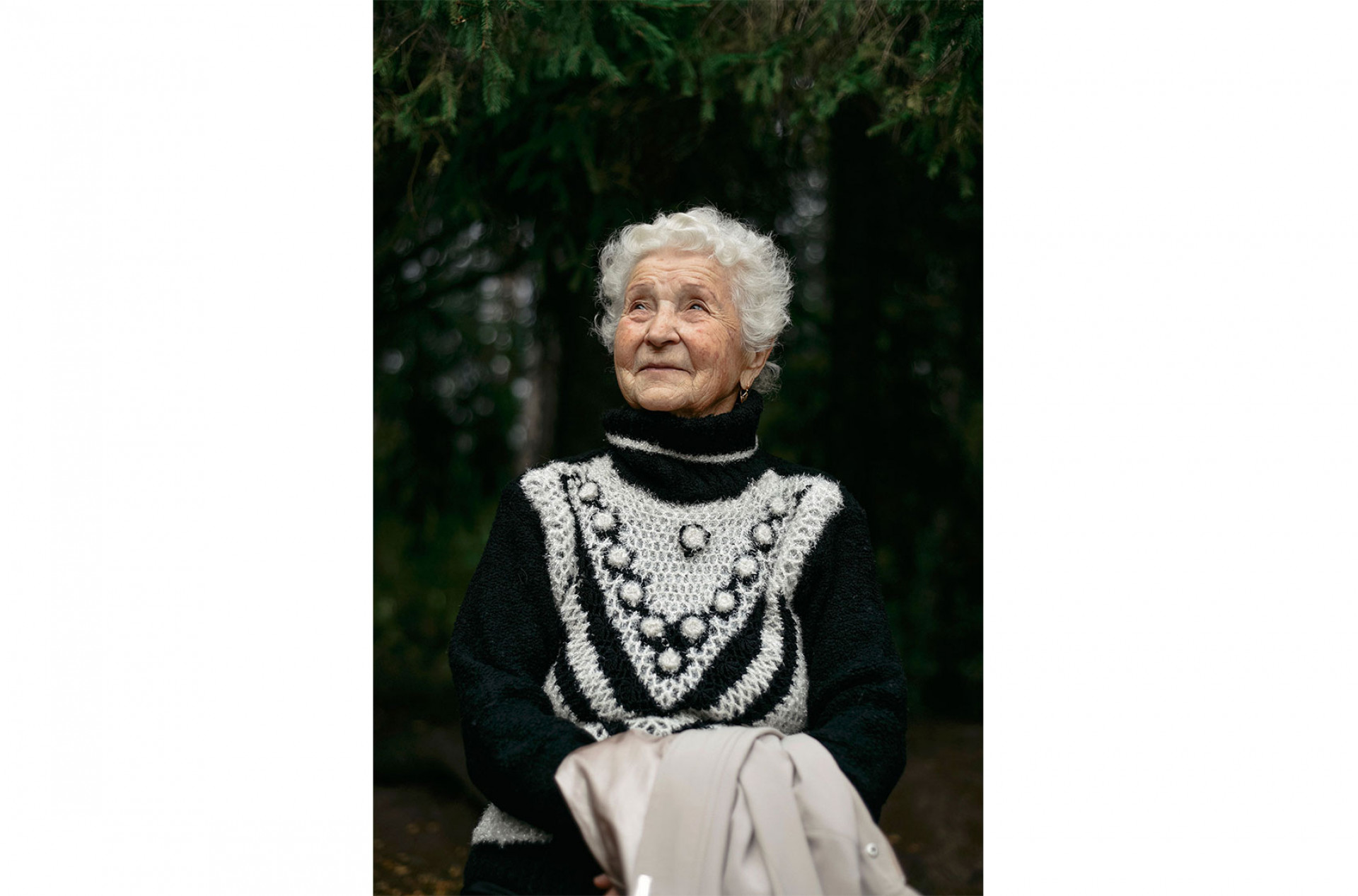 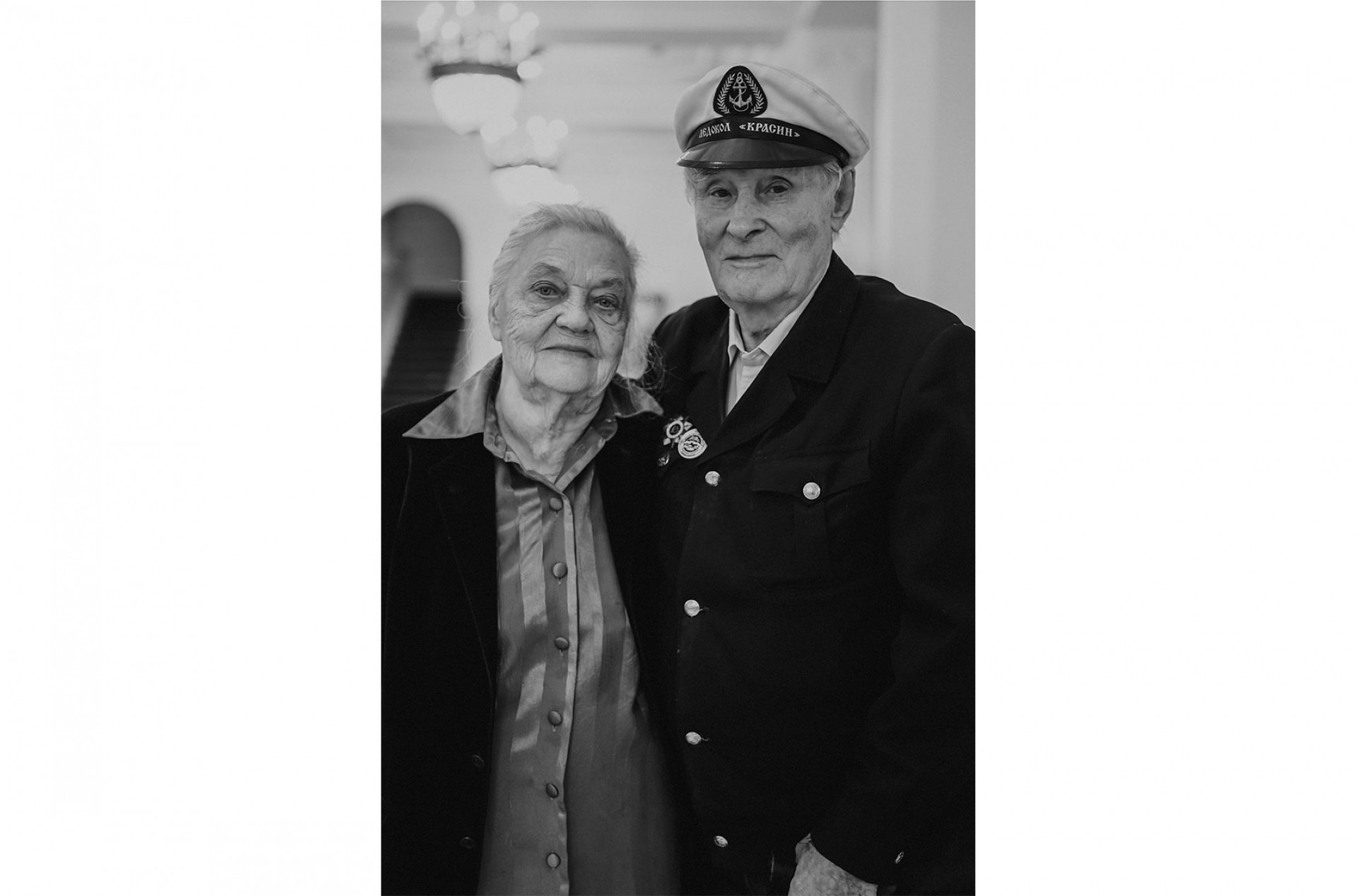 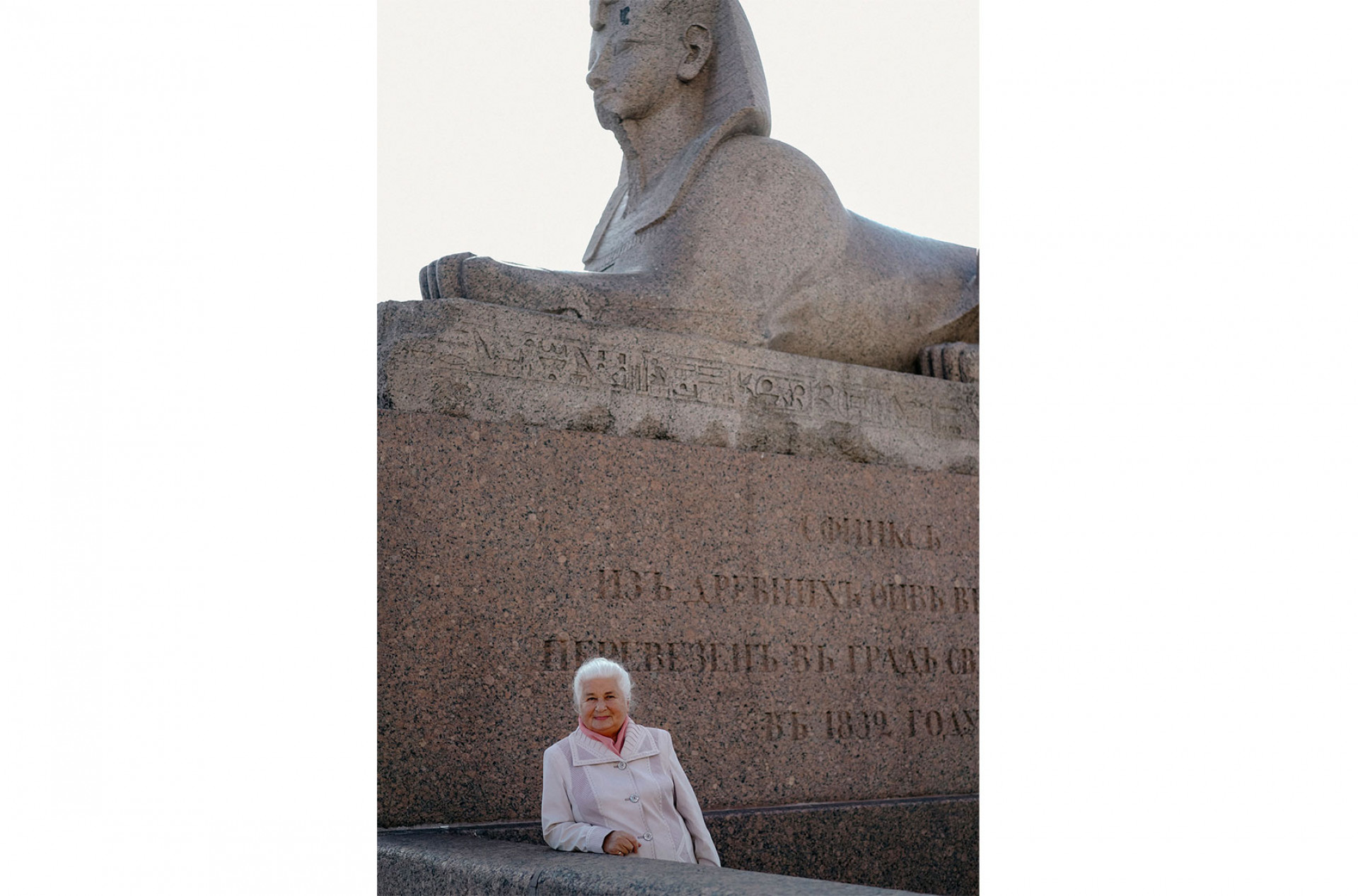 On the embankment Olga Proskurina 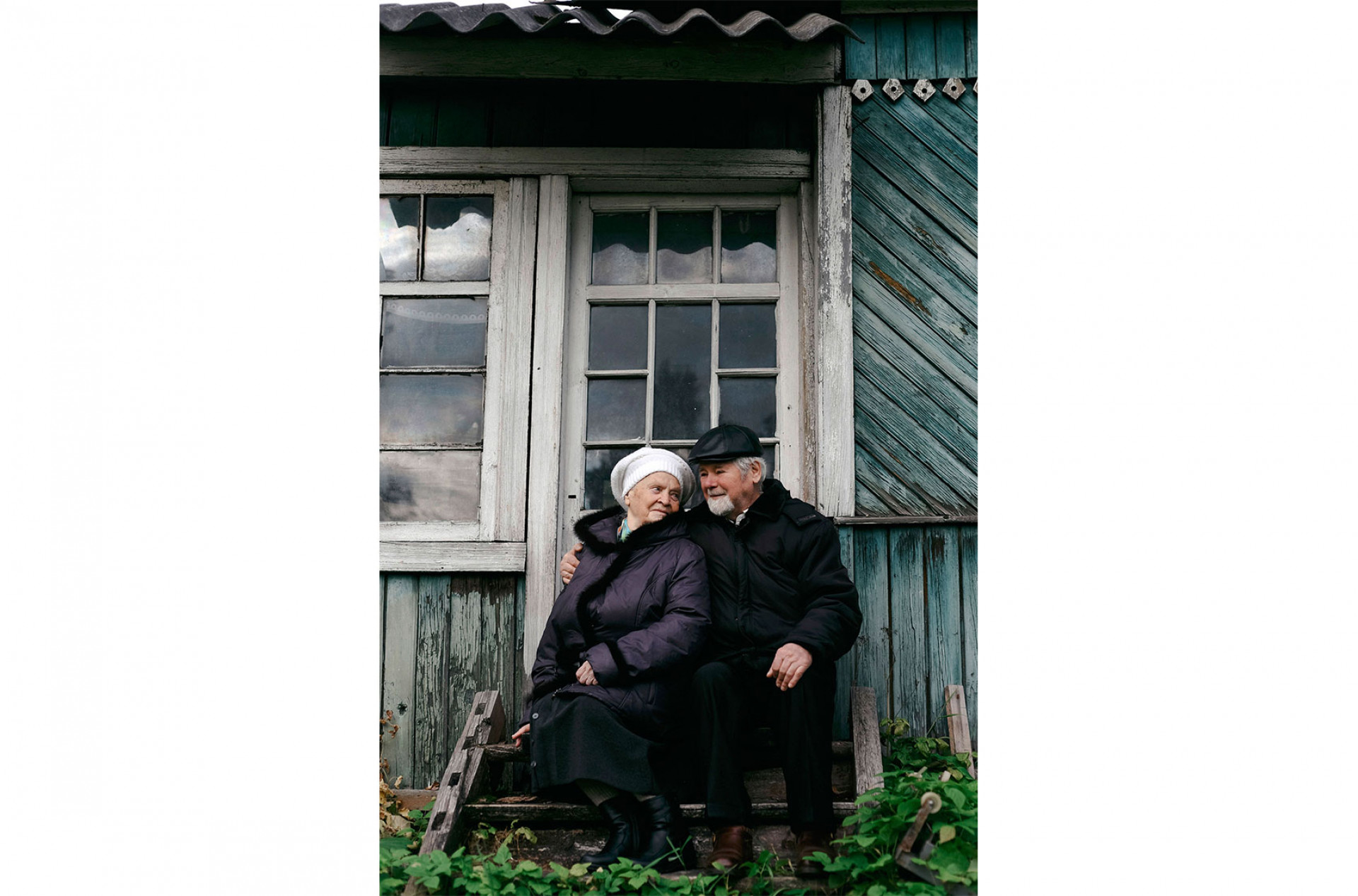 On the steps of their house Olga Proskurina 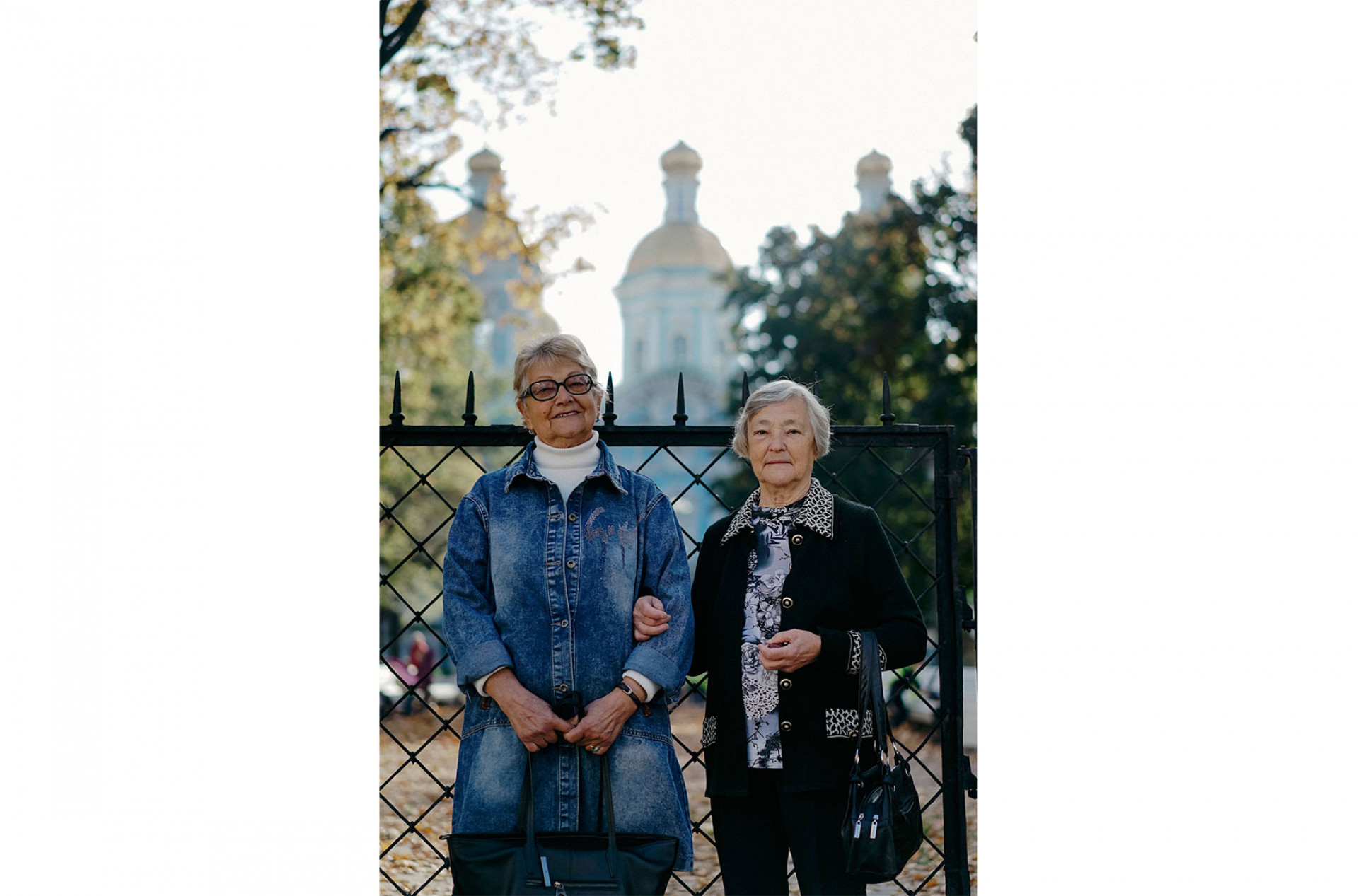 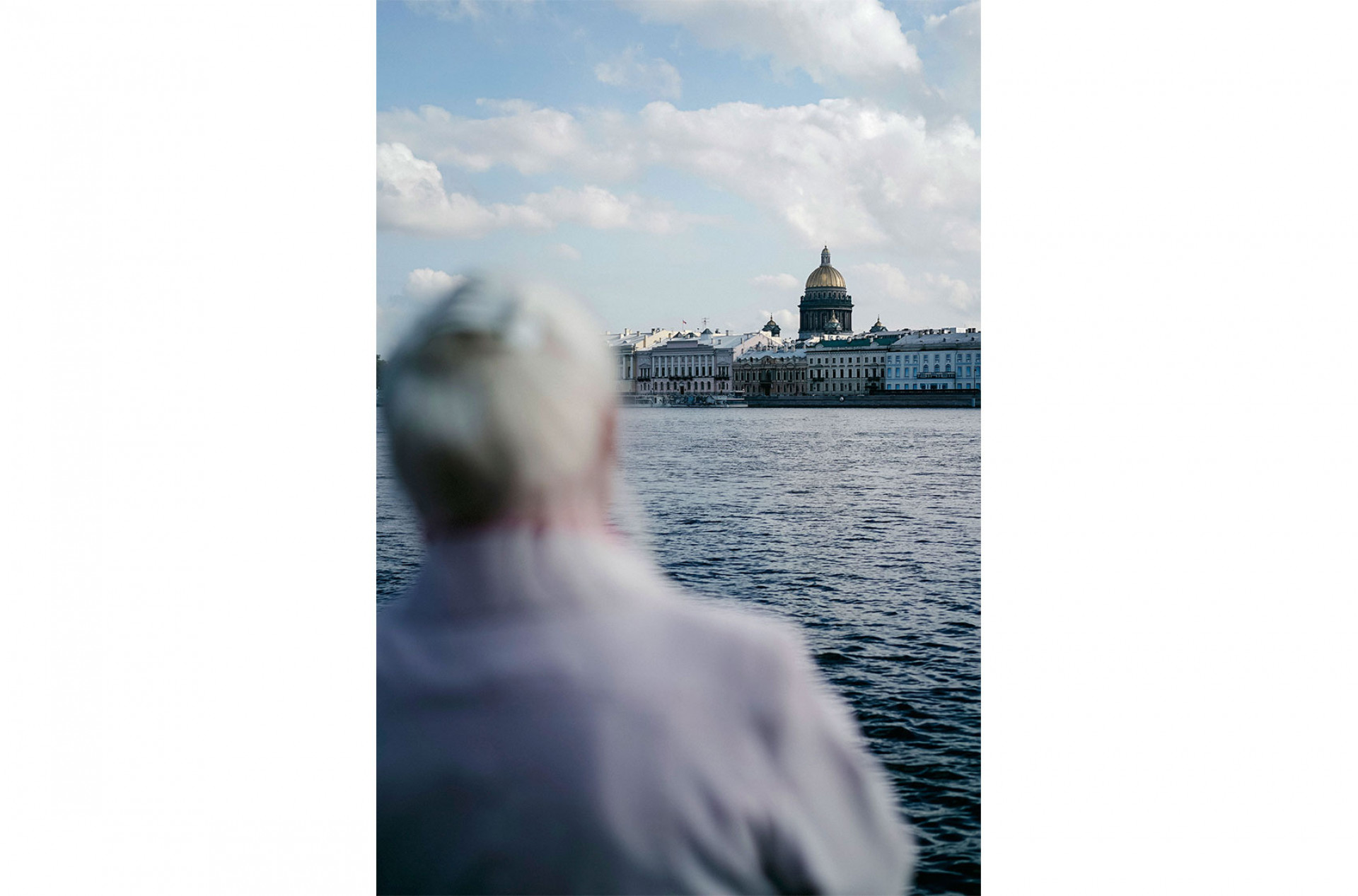 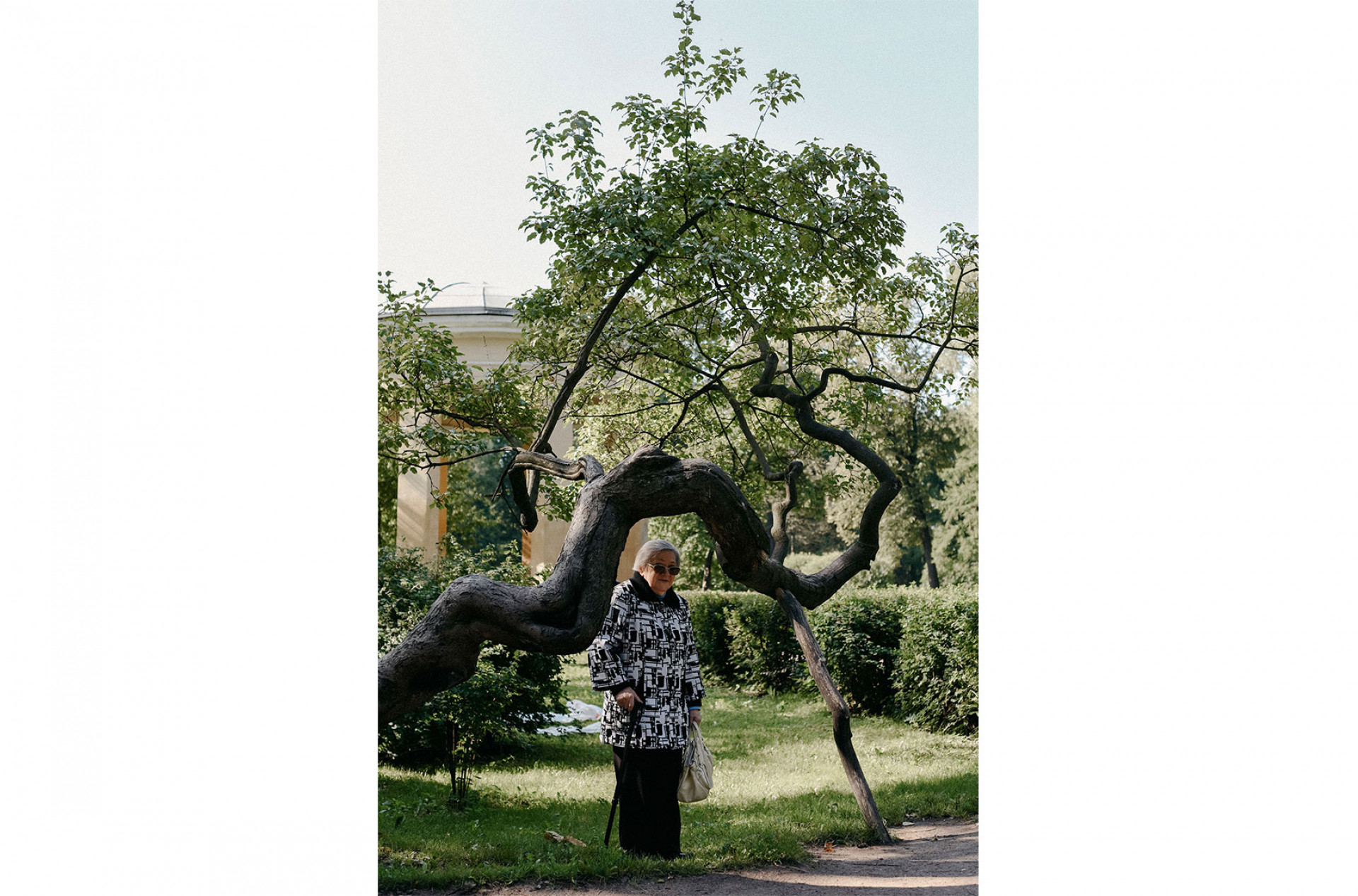 In a neighborhood park Olga Proskurina 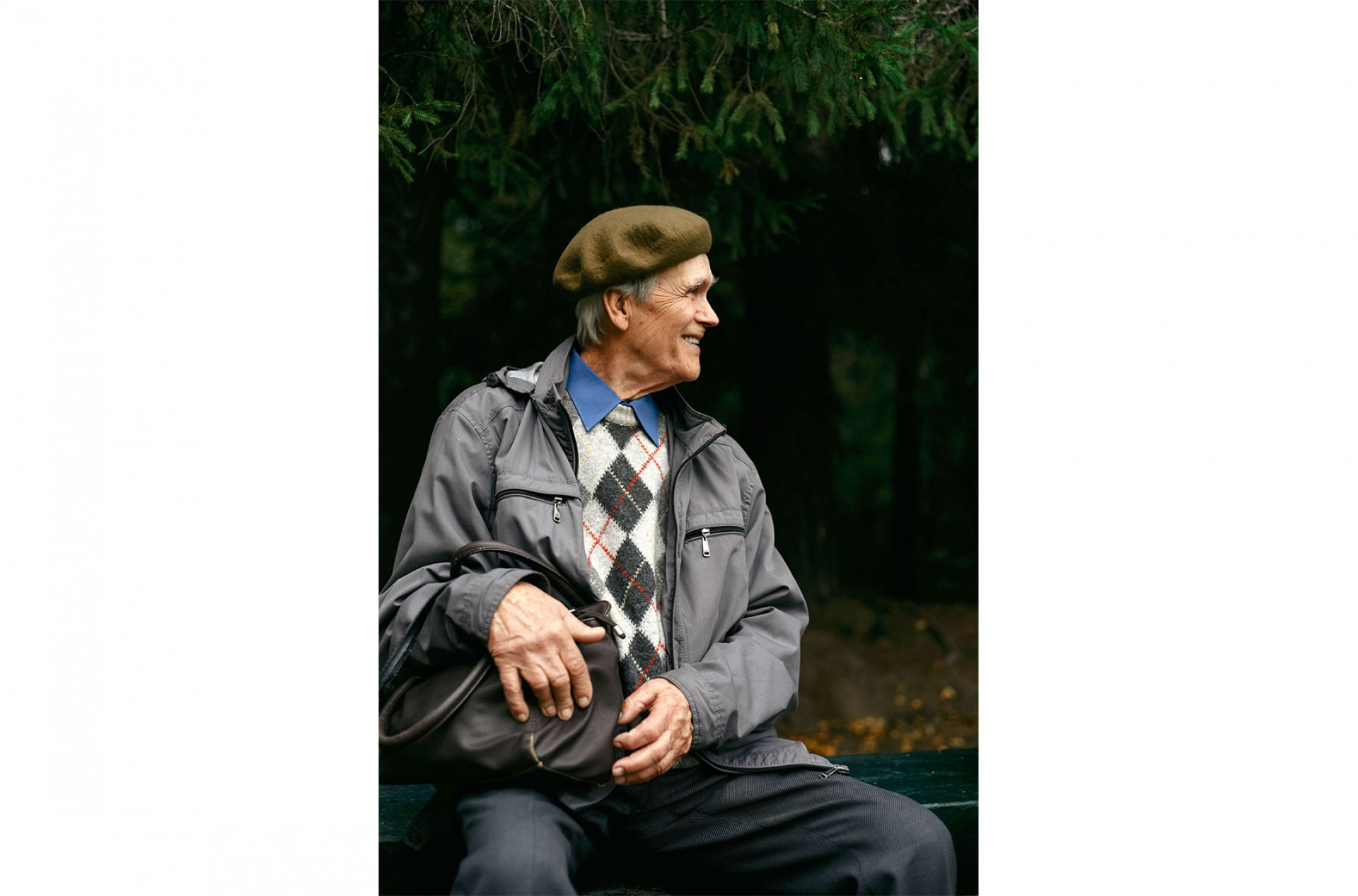 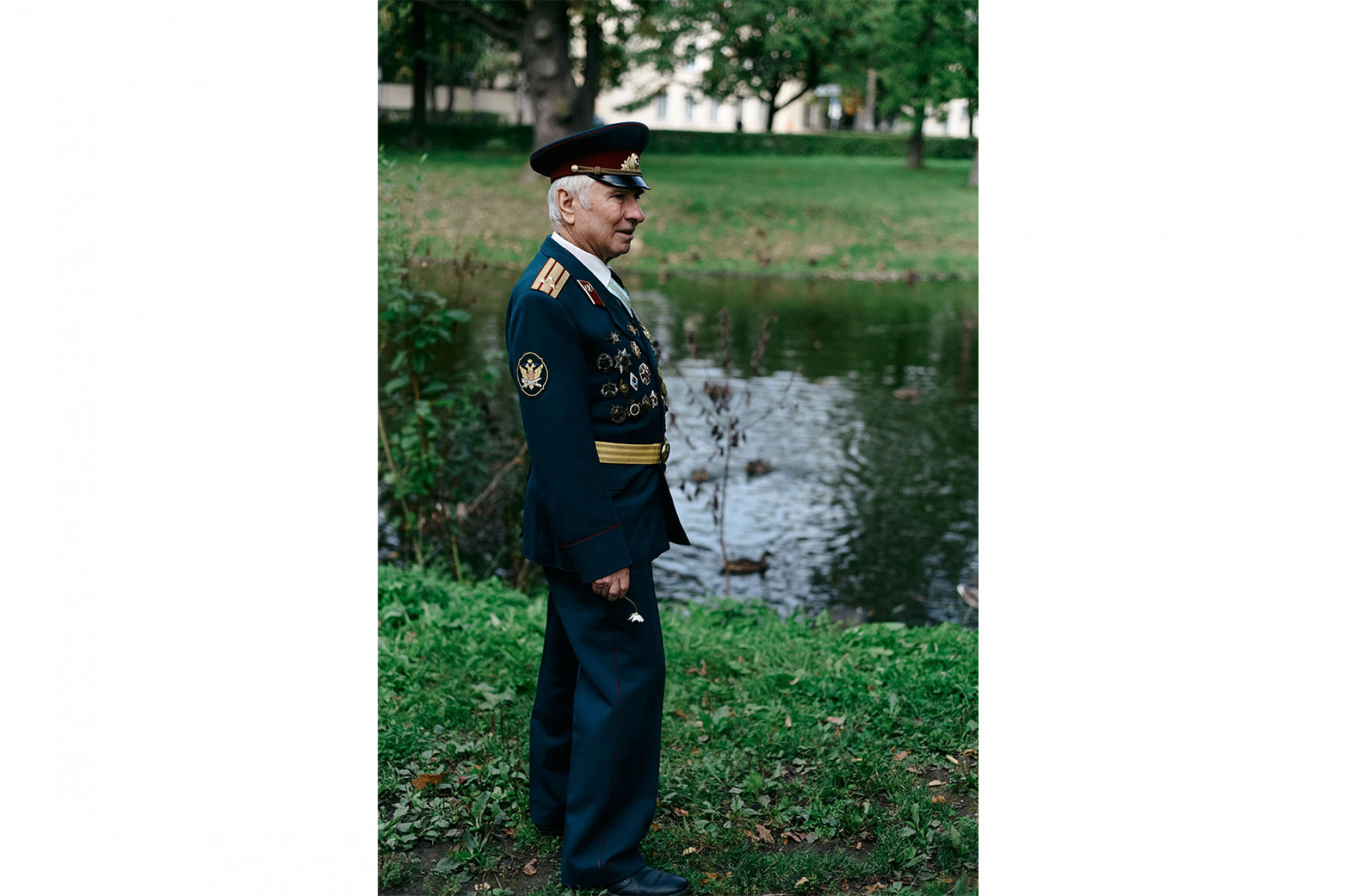 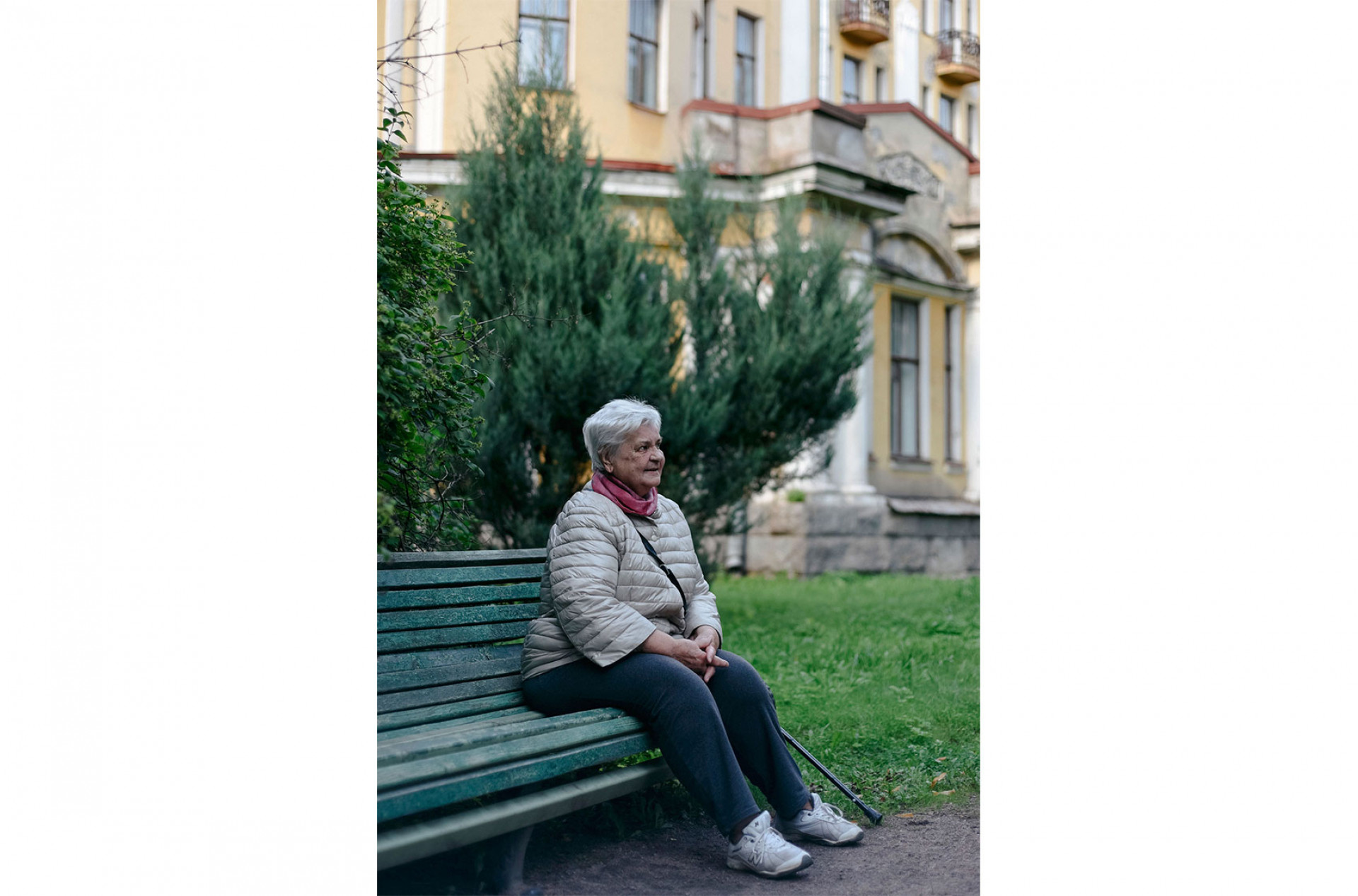 In the Botanical Garden Olga Proskurina 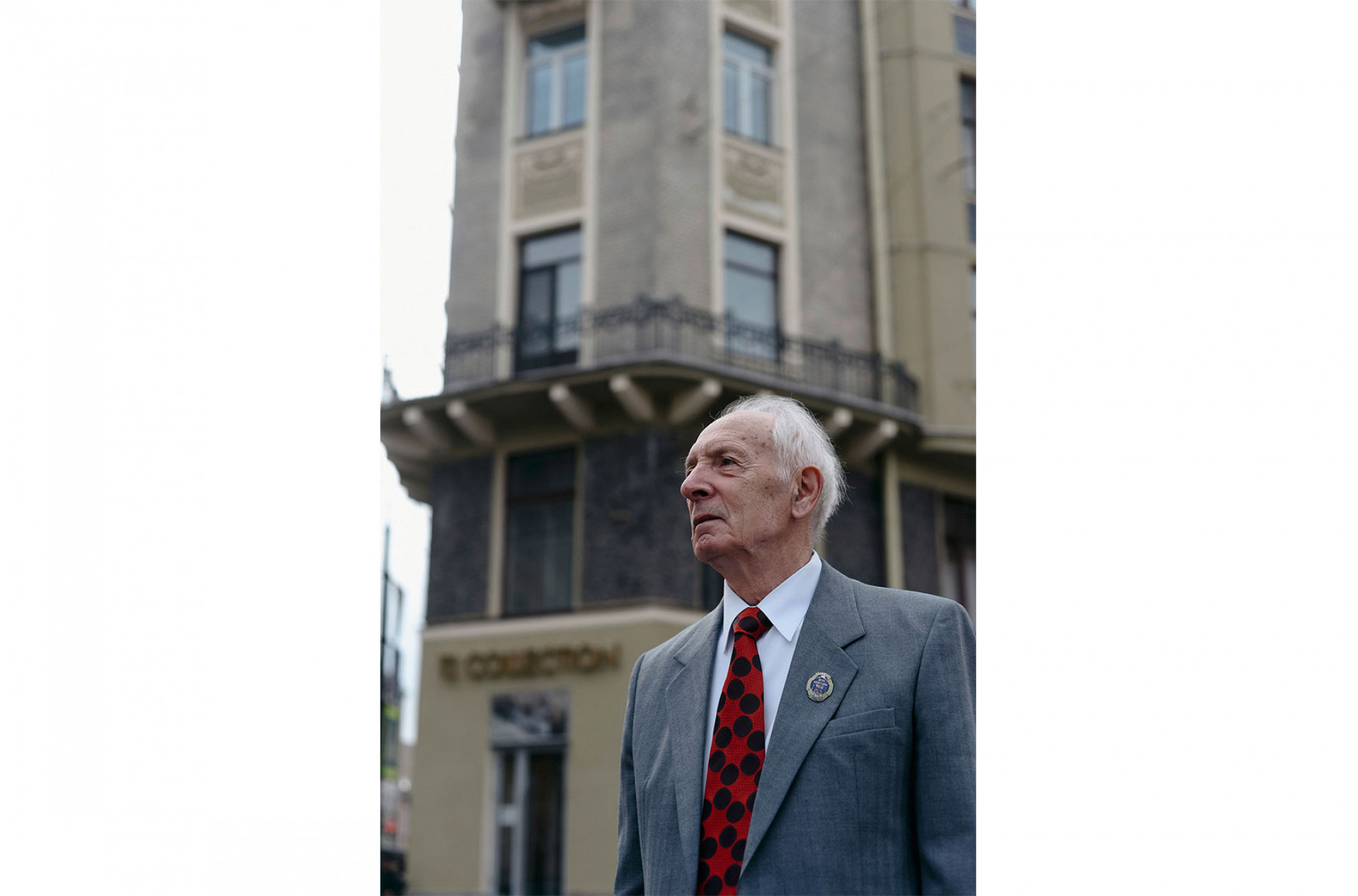 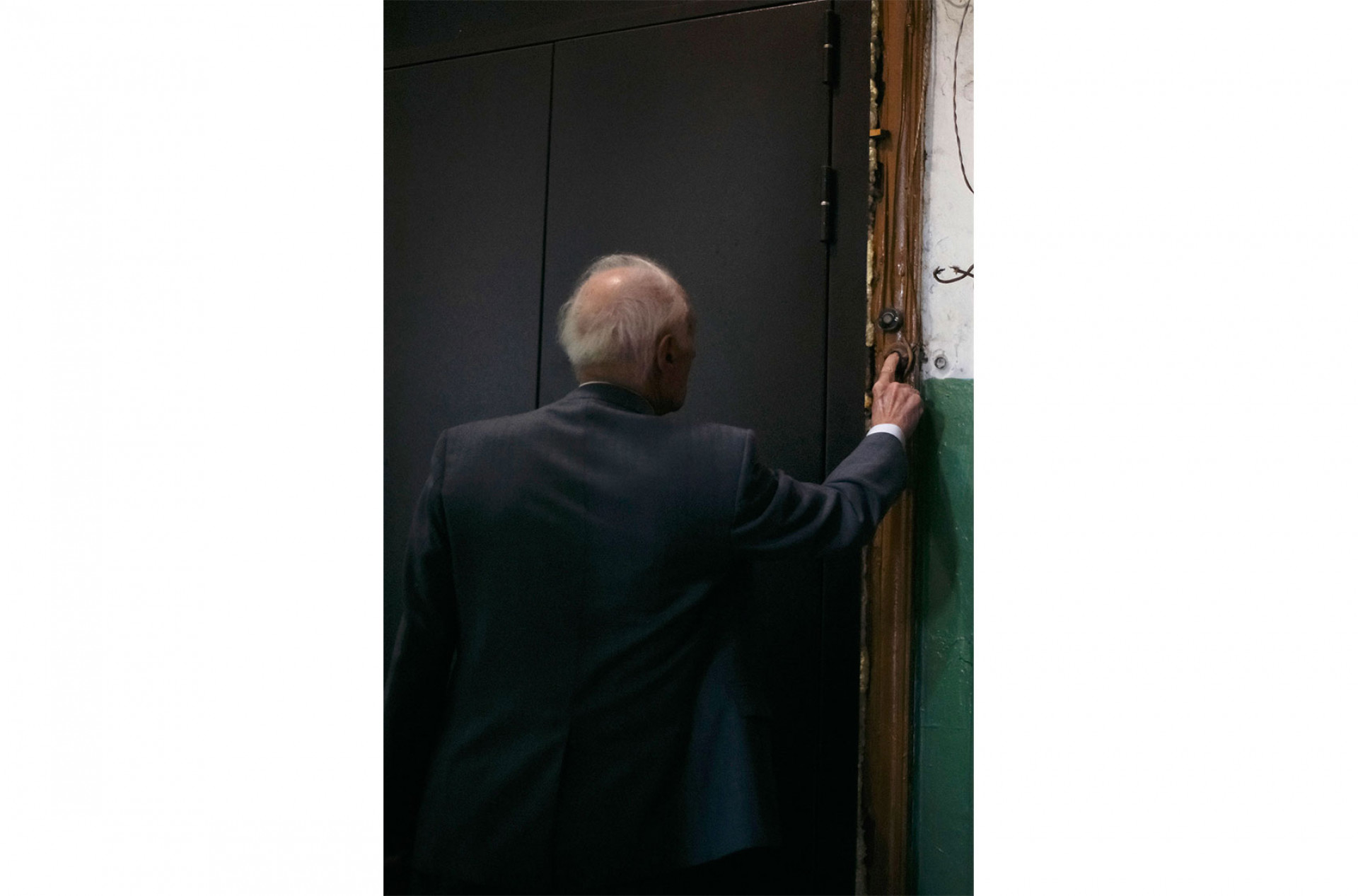 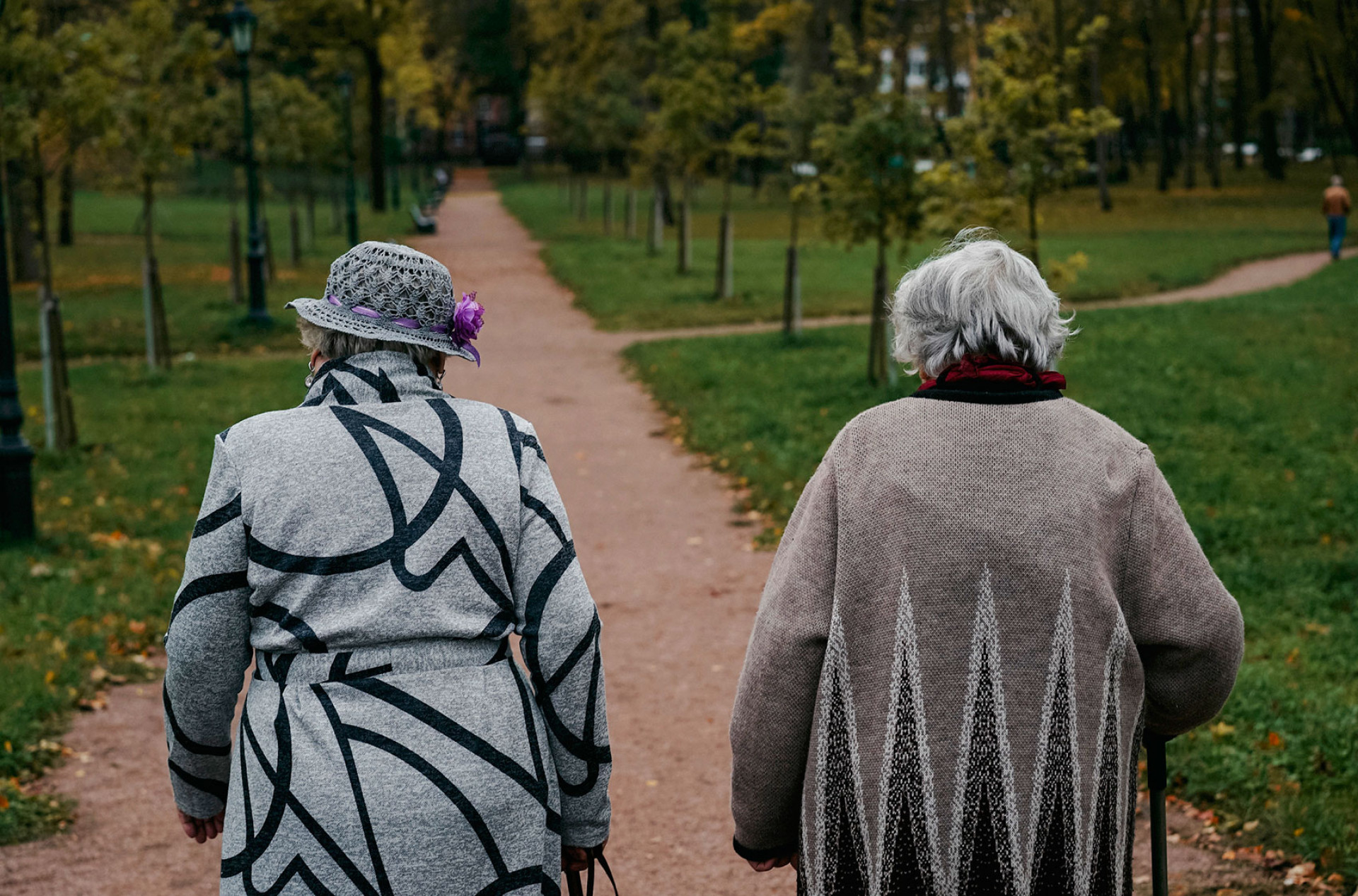 The idea of the project came up in 2020, when Russia, like many other countries affected by the pandemic, when into quarantine. “Everyone was stuck at home, especially the elderly, who didn’t go to their favorite park in the center of the city that often even before coronavirus struck," Polina Tumashik, director of the Dobrodely Charitable Foundation, told The Moscow Times. “We started shooting our first portraits in September 2020. Starting at the end of January 2022, passengers traveling through Pulkovo airport will be able to see their stories, captured in photos of their most recent encounters with their beloved city.”

The exhibition will run until March 25.