Pussy Riot said it hung the rainbow flags on the facades of “the most important symbols of Russian statehood.” 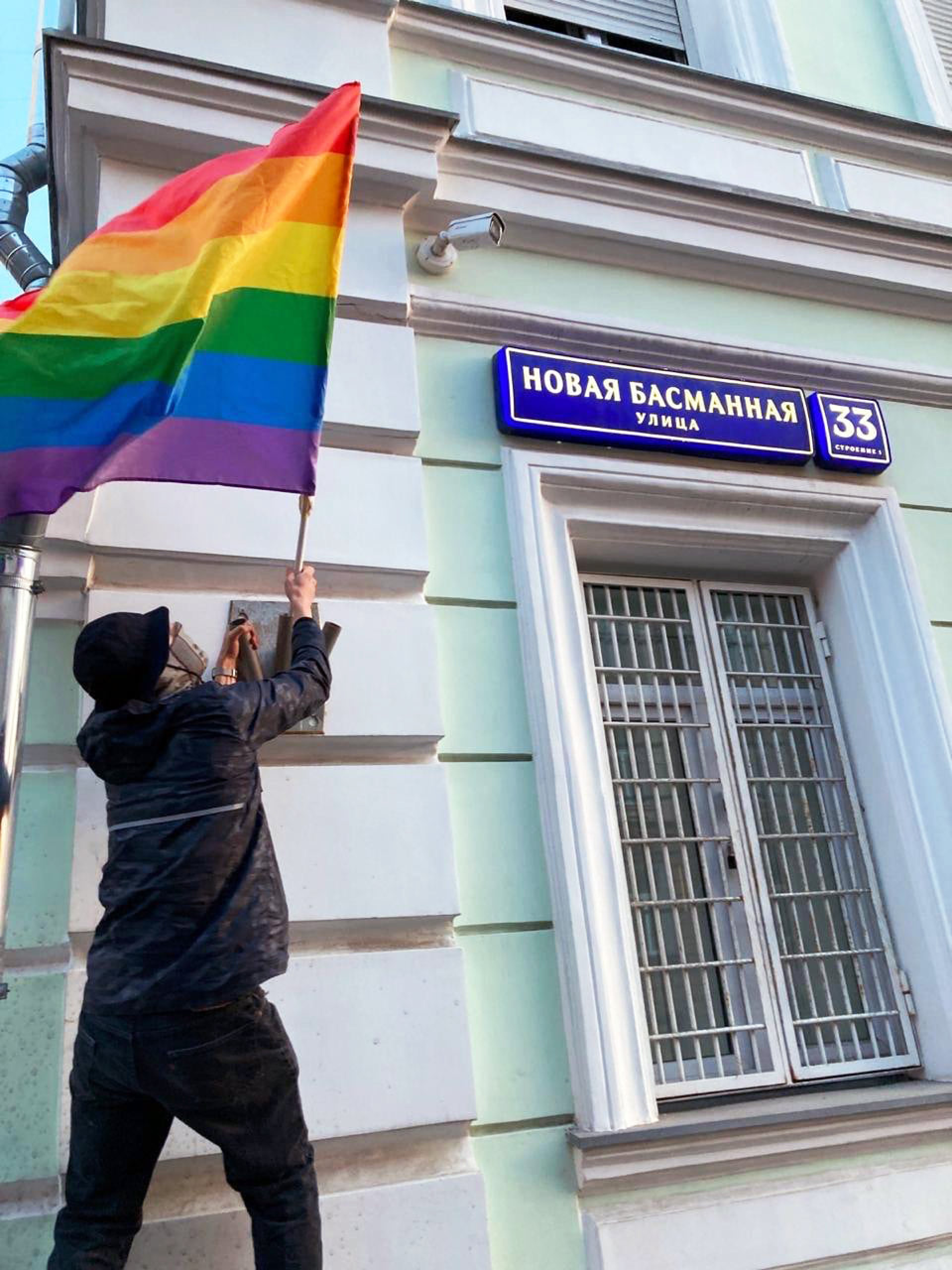 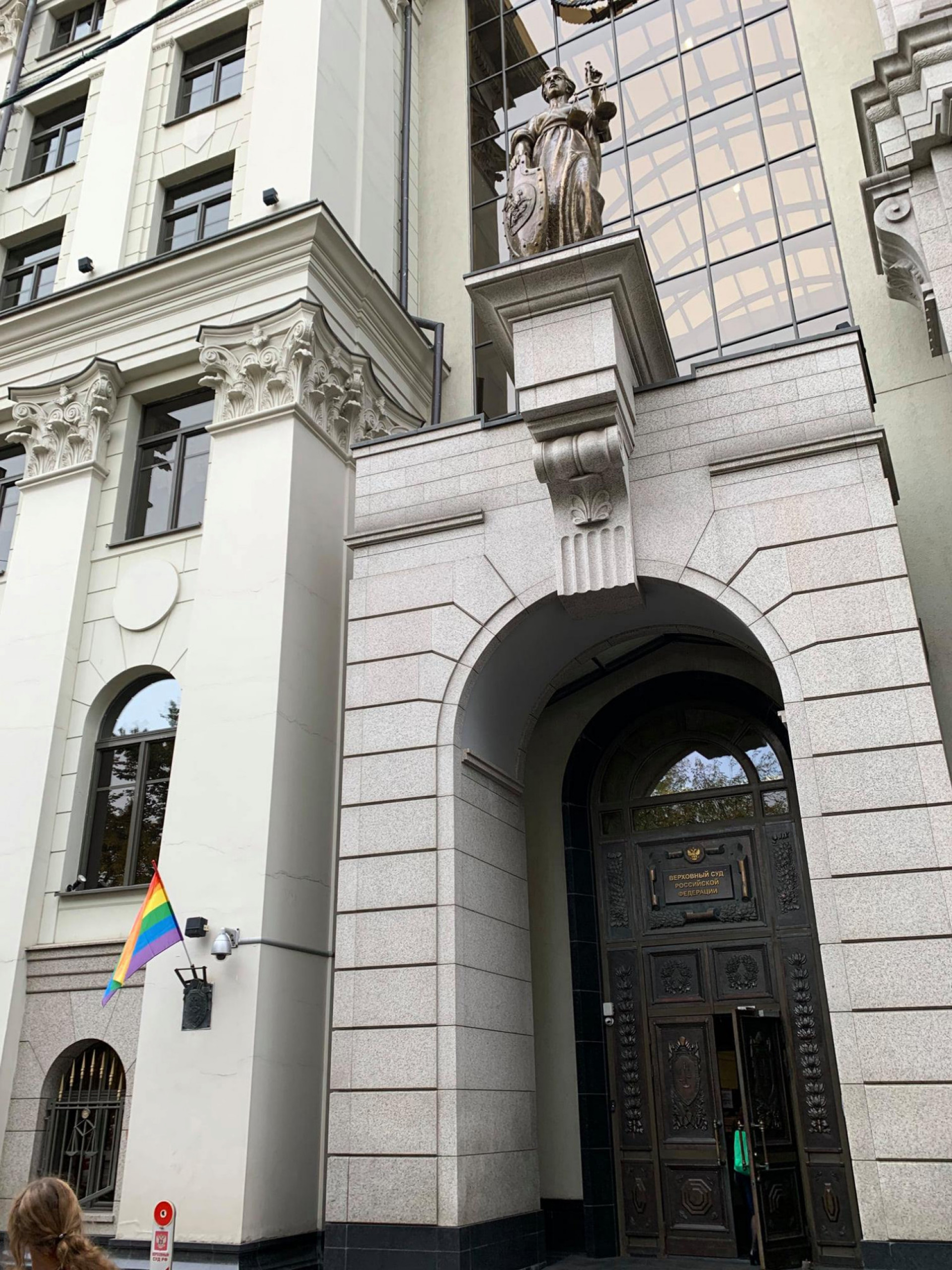 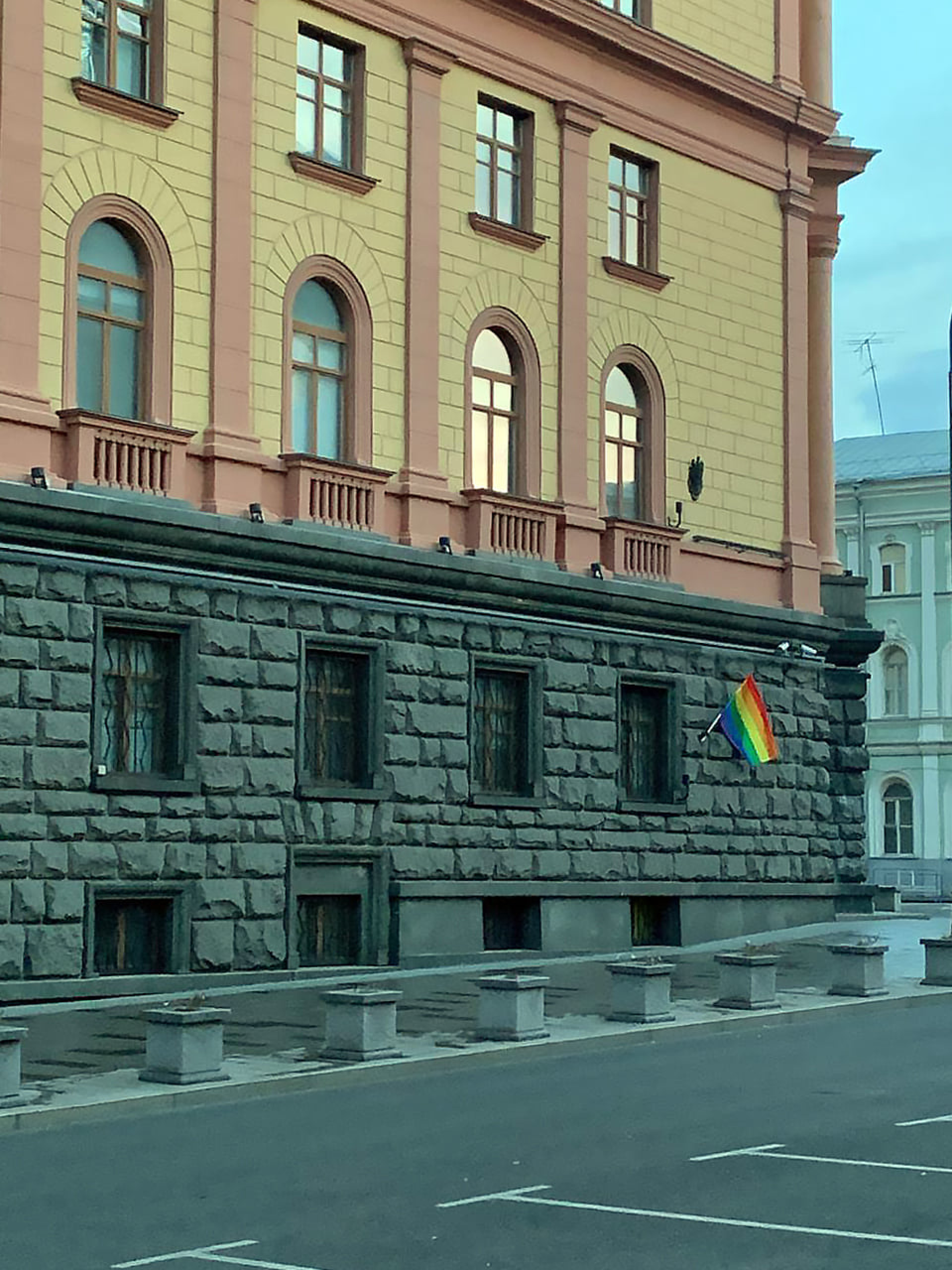 The group listed a set of demands, including the legalization of same-sex “partnerships,” an end to discrimination against LGBT Russians and investigations into the reported kidnappings and killings of LGBT members in the ultraconservative republic of Chechnya. The group also called for the repeal of Russia’s controversial law banning homosexual “propaganda” toward minors.

“We give this rainbow to everyone as a symbol of the missing love and freedom,” Pussy Riot said on its Facebook page.

Meanwhile, unknown individuals have hung a pro-Putin banner from the building opposite the U.S. Embassy in Moscow, according to the Mash Telegram channel, which is said to have links with Russian security services.

“Happy bday president number one,” reads the two-story-tall sign in capital letters with a photo of Putin donning an army jacket.

The Kremlin said Putin plans to spend his 68th birthday at work with around a dozen scheduled phone conversations with foreign and domestic figures. He will spend the rest of the day with family and friends.

Thanks for signing up!
Read more about: Pussy riot , Putin , LGBT

If passed, same-sex marriages registered abroad would no longer be able to be registered in Russia.
'i never paid'

"Let them celebrate. They've shown a certain something about the people who work there," he said with a smile.
Demographic experiment

Writing in his newly released memoirs, David Cameron described his talks with Putin as “our iciest encounter yet.”