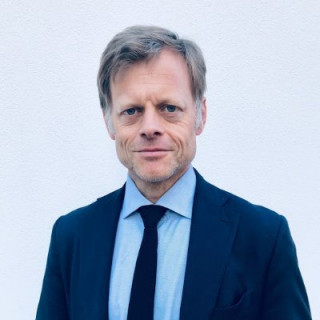 On Jan. 27, 1945 — 75 years ago today — the Red Army liberated Auschwitz, the concentration camp that stands for the worst crimes ever committed, by Germans or anybody in history. It was already hard enough to find the right tone to mark this occasion — sensitive to Holocaust survivors and descendants of the victims and yet exhortative to all people, including the descendants of the perpetrators, to ensure that nothing like this can ever happen again. But now some people are making it so much harder, by deliberately choosing cynical words intended not to commemorate and reconcile, but to distort and divide.

The main culprits are the presidents of Russia and Poland, Vladimir Putin and Andrzej Duda. At a ceremony in Poland today at the site of the camp, Duda will present his nationalist government’s interpretation. In this story, the Poles were victims of the Hitler-Stalin pact to carve up eastern Europe between Germany and the Soviet Union (true), then victims of the Nazis (true) and of the Soviets (also true), but never collaborators (not true).

Putin is demonstratively boycotting this event. But he already spoke a few days ago in Yad Vashem, the Holocaust memorial in Jerusalem, an event that Duda boycotted in turn. In the narrative Putin has developed in recent months, it was in fact the Poles with their own provocative maneuvers in the 1930s who left the Germans and Soviets no choice but to form a pact (a jaw-dropping distortion of the facts). The only heroes in Putin’s tale are the Russians and other Soviets who liberated Auschwitz and defeated the Nazis (true) but otherwise committed no noteworthy atrocities against Poles. That is manifestly untrue: In 1940, the Soviets massacred 20,000 Poles in Katyn Forest, to name just one of their crimes.

Both men apparently want to create the impression that the deeper disease of anti-Semitism is largely somebody else’s problem. That’s offensive, coming from leaders of nations with long traditions of pogroms. Yes, there were Poles and Soviets who heroically rescued Jews in the 1940s; but there were others who abetted or condoned their murder. And yet Poland’s right-wing government, already the European Union’s bête noire for undermining judicial independence, has tried to make it a crime to say that some Poles collaborated in the Holocaust.

Let’s call this ludicrous pseudo-controversy what it is: not remotely a debate about what really happened in the past but a full-bore propaganda battle. Poland’s government wants to stoke nationalism among its supporters, by cultivating a narrative of perennial (and ongoing) victimhood and grievance — against Germany, Russia and indeed the whole EU. Russia in turn wants to exacerbate those tensions between Warsaw, Berlin and Brussels, hoping to undermine the EU, which Putin disdains.

What’s tragically getting lost in this deceitfulness is the objective of genuine commemoration. It should be an occasion for soul-searching, for the sort of honest and disturbing look inside not only our own national cultures but also our individual human consciences. We’ll never be able to satisfactorily explain how something like the Holocaust could happen, nor can we ever be sure that it won’t happen again. But we know the answer has something to do with the depths of the human psyche, the infinitely complex and often contradictory capacities it has to be both good and evil.

It was in this spirit of humility that Germany’s president, Frank-Walter Steinmeier, addressed the audience of survivors, descendants and world leaders at Yad Vashem, with Putin looking on. To spare the victims the trauma of having to hear the sounds of the German language again in this context, he spoke in Hebrew and then English. “I stand here laden with the heavy, historical burden of guilt,” he said, before warning against the renewed rise of anti-Semitism and hatred, in Germany and elsewhere, and vowing to fight it forever.

Steinmeier also grasped the other purpose of commemoration, which is to bring together human beings who once were on opposite sides. It’s a crucial step on the path to salvation and whatever solace survivors may still find. “My soul is moved by the spirit of reconciliation,” Steinmeier said, “this spirit which opened up a new and peaceful path for Germany and Israel, for Germany, Europe and the countries of the world.” That’s a dignified way to remember the liberation of Auschwitz. What Putin and Duda are doing is the opposite, a defilement and profanation.

This article was first published by Bloomberg.

The Kremlin said it was not yet in possession of the materials that led Lukashenko to his conclusion.

The U.S. branded the Russian Imperial Movement as a foreign terrorist organization this year.
back and forth

"Every day I try to build a better relationship with Russia and ... there is such hard evidence that Russian forces are doing this."