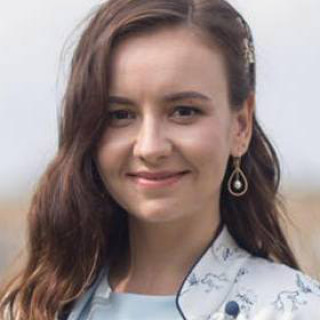 In Russia, any information can be classified without discussion, from genuinely secret data about military developments to information that is in the public interest, such as the level of radiation in cities, and the names of those killed or injured as the result of an accident. Official recognition of these deaths, by naming the victims and according them full honors, could have become a source of pride and a good precedent, but the authorities still have not done this following the explosion near Severodvinsk: it’s not even known exactly how many people were injured.

It’s more than three weeks now since a mystery rocket engine blew up at a Russian military testing platform in the White Sea, but discussion of the incident shows no sign of abating, and concerns, fears, and questions about it are not diminishing. The issue is not the purpose of the rocket engine that exploded: It would be strange to expect the government to disclose that information. President Vladimir Putin has said the test involved a new weapons system, and there is speculation it was a prototype for a nuclear-powered missile. What raises questions is the authorities’ failure to try to calm the panic, and their refusal to provide information upon which people’s safety depends, even in cases that clearly have nothing to do with military secrecy.

What has been ascertained is that on August 8, the Defense Ministry was carrying out tests of a liquid-propellant rocket engine at a naval missile test facility. The test site is located close to the village of Nyonoksa on the coast of the White Sea in Russia’s northern Arkhangelsk region, about 30 kilometers from Severodvinsk, where key military shipyards are based. The testing ground was set up in 1954 to test sea-launched intercontinental ballistic missiles, cruise missiles, and air defense missile systems.

What We Know About Russia’s Mysterious Rocket Explosion So Far

The official version is that this interruption was not connected to the explosion. Far more convincing is another version: that the stations in question don’t just record the level of radioactivity; they also determine the precise makeup of the radionuclides, i.e., what kind of radioactivity is being seen.

If one of the stations had submitted this data, then it would have become clear what exactly had blown up near Severodvinsk. Since the stations turned off their transmissions, U.S. and Russian military experts can only speculate at length whether or not the tests were of a prototype for the Burevestnik nuclear-powered intercontinental cruise missile (NATO reporting name: SSC-X-9 Skyfall).

It’s not clear why the authorities feel the need to conceal information about those who lost their lives, those who were injured (their exact number is still unknown), and the radiation level — even from the doctors working with the wounded.

This last issue is the most shocking aspect of all the consequences of the explosion. While three of the casualties were taken to the Semashko medical center, which has a nuclear medicine laboratory and is equipped to deal with radiation emergencies, three others were taken to Arkhangelsk’s regular regional hospital. Medics there anonymously told reporters that the hospital and its staff were completely unprepared to take in patients contaminated with Cesium-137, a radioactive isotope that is a byproduct of the fission of uranium-235.

According to hospital staff, for the first few hours, nurses and paramedics worked without respirators, protected by nothing more than ordinary latex gloves. The casualties of the explosion were moved from the waiting room to undergo CT scans and to the operating area, and only then were their radiation levels checked, after which the hospital was washed down with soap solution. Quite simply, no one had warned hospital staff what kind of patients they were dealing with. Dozens of hospital employees could be contaminated.

On August 23, the Arkhangelsk regional government said that 110 medical staff who had treated victims of the explosion had been examined, and that none had been found to have unsafe levels of radioactivity. At the same time, the authorities confirmed that one doctor had been found to have Cesium-137 in their soft tissue, though specialists from a state institution said it was not the result of contact with a patient following the explosion, but had entered the doctor’s body through food.

The most frightening thing right now is not the possibility of a mobile cloud of radiation, but the consequences for people who were exposed to radiation while treating casualties of the blast, or who were near the site of the explosion. Since the authorities have chosen to conceal this information and these people from everyone else, it’s impossible to be sure that those who need it will truly get all the help available.

The Defense Ministry is used to concealing information about its work, and when that relates to the delivery of weapons for Russian troops, military action in Syria, or the movements of top-ranking military personnel, it’s obvious what could constitute a threat. This situation is completely different.

It’s not clear what the Defense Ministry or the Kremlin hope to gain by refusing to admit to tragic failures during military testing, or by not naming the dead. It’s foolish to hope that this will enable them to hide information from potential enemies that will in any case end up in the public domain via the media. From what, or whom, could this temporary silence possibly offer protection?

No less shocking is the ease with which any information can be classified without discussion, from genuinely secret data about military developments to information that is in the public interest, such as the level of radiation in cities, and the names of those killed or injured as the result of an accident. Official recognition of the deaths, by naming the victims and according them full honors, could have become a source of pride and a good precedent, but the authorities still have not done this following the explosion: it’s not even known exactly how many people were injured.

Nor is this an isolated incident. When a fire broke out on board the Losharik submarine a month before the tragedy in Arkhangelsk, the reaction was just the same. No official list was published of the crew members who died.

This article was originally published by Carnegie

Ex-Head of Alrosa's Flooded Russian Mine Found Dead in Custody

A regional branch of the federal Investigative Committee said there were indications the death of Alexei Burkser had been suicide.
deadly rocket test

The second explosion was detected by infrasonic air pressure sensors in the Norwegian town of Bardufoss.
Nuclear release

The findings are "proof that it was a nuclear reactor that exploded," in Russia's north, a Norwegian nuclear expert said.
rocket explosion

A cloud of radioactive inert gases caused a brief spike in radiation following the accident.