The weather is back to being almost summerlike — which is good news because this will be another weekend of summer festivals. There's Ahmad Tea Music Festival, the sudden comeback of Maxidrom and plenty more besides. Here are our picks.

On-the-Go, one of Moscow's leading English-language indie bands, will play another concert to support the release of their new album "Origins." It's their fourth long play album and this time it's indie-pop with elements of R'n'B, making it very easy to dance to.

Pyotr Mamonov, one of Russia's few remaining perestroika rock veterans, recently turned 65. Although he is now best known for his acting, Mamonov still performs on a regular basis. He will play an anniversary concert this Friday with his new band "Sovershenno Noviye Zvuki Mu" (Absolutely New Mooing Sounds) named in honor of his original band "Zvuki Mu" (Mooing Sounds).

Easter is an electronic duo from North Berlin that plays minimal wave music reminiscent of The Knife and Purity Ring. The musicians themselves call their music "lust pop" and there's definitely something sexy about their simple beats and unaffected vocals. 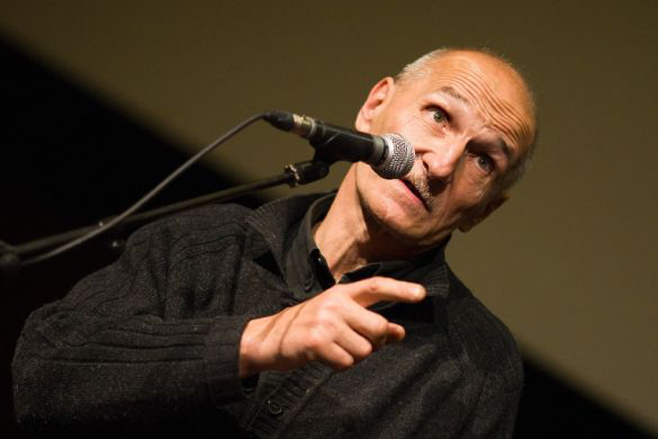 On Saturday Ahmad Tea Music Festival will once again take place on the Moscow River's embankment. It's the place to be if you are a fan of British rock. Indie darlings Django Django and rockers The Maccabees will play before the headliner PJ Harvey comes on stage. A contender for the title of modern day rock queen, she will perform her new and long awaited album "The Hope Six Demolition Project After."

Maxidrom, the famous Radio Maximum's festival, is back after a three-year hiatus at the Otkritie Arena stadium. There are three stages and headliners include German rockers Rammstein and British indie band Editors, who are touring for their latest album "In Dream." Other performers include Vadim Samoylov of the group Agatha Christie, Californians Crazy Town and local indie-pop sensation Therr Maitz. Timo Maas, a DJ and music producer best known mostly for his collaboration with Placebo's Brian Molko on his "First Day" hit is headlining the electronic music stage.