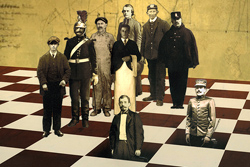 The 10-day Dada festival, which kicks off Thursday, features lectures, performances and an accompanying exhibition aiming to educate the public on the work of Dada artists and those they influenced such as Marcel Duchamp and Ilya Kabakov. Highlights of the program include a performance based on the work of Ilya Zdanevich by the Moscow Art Theater and an acoustic installation with music by John Cage.

Game of Thrones fan, love a medieval banquet or simply want to watch burly men battle in 14th century garments? Kolomenskoye Park's "Vremena i Epokhi" (Times and Epochs) festival is for you. This year the grounds are split into thematic areas: "Prince's Camp," "Viking Village" and the "Steppe." In the "Battle of a Thousand Swords," the Prince's army, Balts and Steppe warriors fight with a group of Vikings in a dazzling display of clashing swords.

Space: Birth of a New Era 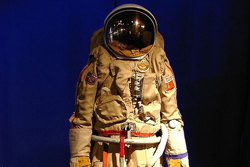 Out of this World

Into all things space? Head down to VDNKh where a new cosmological exhibition featuring drawings, paintings, equipment and, of course, spacecrafts is opening. The exhibition looks at how science, ingenuity and the imagination have expanded the frontiers of knowledge. Visitors can see the Lunokhod spacecraft, designed to move on the surface of the moon, as well as the desert module of the Vostok 6 spacecraft. In short, it's a space geek's paradise. 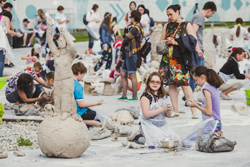