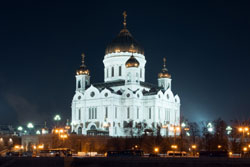 Four hours around a celebrating city

If your Russian is pretty good, you have a solid interest in biblical history and you're hankering for a quirky outing, the Easter night bus ride around Moscow is for you. On the tour you will learn about religious traditions associated with Easter, understand the difference between Easter and Passover and discover how Easter celebrations have changed over the centuries. The tour also offers you the chance to catch an alternative view of Moscow by night. So buckle up and enjoy the ride. 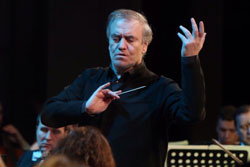 Celebrating one of the greats

This year marks the 15th annual Easter Festival in Moscow, made even more special by the fact that 2016 is the 125th anniversary of the birth of esteemed Russian composer Sergei Prokofiev. From May 1 until May 17, concerts in Moscow and across Russia dedicated to Prokofiev will celebrate the best talent and music the country has to offer. The inaugural concert takes place on May 1 in the Moscow Conservatory Great Hall with further concerts in most of Moscow's main concert venues as well as in the city's squares and parks over the following weeks. Choral, symphony and traditional folk music are set to make it a dazzling program for Muscovites young and old. 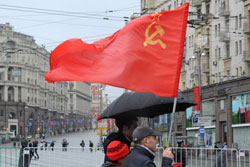 Russians love a parade, and a springtime parade even more so. May 1 is the official "Day of Spring and Labor," and while many will spend it at home with their families snacking on kulich and paskha, a festive dish containing obscene quantities of dairy, others will take to the streets to show off their worker spirit. The biggest parade is organized by Russia's trade unions. If it's anything like last year, 100,000 people will gather in Red Square to wave flags, exchange tulips and shout about worker's rights. Meanwhile, communists of all shapes and sizes are invited to the Communist Party parade, which begins at Kaluzhskaya Ploshchad and ends in front of the Bolshoi Theater.

Opening night for the fountains 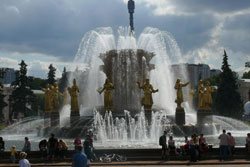 Spring means the official start of the Russian fountain season — celebrated with a classical concert to accompany the gentle sound of thousands of jets of water. The concert will take place on April 30 between the whimsically-named "People's friendship" and "Stone flower" fountains to much fanfare. The symphonic extravaganza alone attracted 50,000 people last year. Other events at the park over the weekend include a robot show for kids, dance classes, ping-pong tournaments and even free lectures on how to keep your garden in tip-top condition. 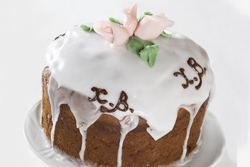 On every Easter table

Kulich is a cylindrical cake that occupies pride of place at any self-respecting Orthodox dining table. Many believers will be ending the Great Lent, the six-week fast before Easter Sunday. This means no meat, dairy, eggs, poultry, alcohol and, for the truly devout, no intimate marital relations. Although on the plus side, caviar and shrimp are permitted. To celebrate the end of these privations Russians love to tuck into a traditional kulich. The semi-sweet bread is stuffed full of dried fruits, almonds, currants, cardamom and other delicious sugary goodies. Cheats can head to Wolkonsky, which serves up a very tasty and perfectly crumbly kulich. You can even order one for Easter lunch if you're looking to impress. 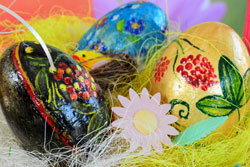 Put a spring in your step

A spring festival is afoot in Moscow, featuring a riot of colorful, music-filled events throughout the city. Some of the decorations have already received plenty of attention. Watch out for the 7-meter-high Easter egg made entirely of spring flowers and tied with a golden ribbon at Tverskaya Ploshchad — where the statue of Yury Dolgoruky stands on Tverskaya Ulitsa — and the spring mini-village where children can play Easter-themed games. A large screen will broadcast the Easter service being held at the Christ the Savior Cathedral on Easter Saturday. Markets, stalls and Easter activities will appear in 26 of Moscow's other squares as part of the festival.

vesna2016.festmoscow.ru
Various locations
Until May 9

Spring in Moscow – Bring on the Random Decorations

If the sun rises sooner and sets later these days, it's probably because it needs time to look at the way Moscow presents itself these days.
weekend kitchen