There's a reason that so many children are obsessed with dinosaurs, bugs, wildlife and rocks. They're cool. Whether it's gaping at prehistoric creatures or getting up close and personal with meteorites, Moscow's museums offer a fascinating insight into the natural world. Geek never looked so chic. 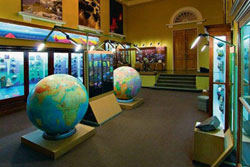 The Vernadsky State Geological Museum houses some of the most exciting rocks and meteorites in the world. And before you roll your eyes, think about it. This museum showcases pieces of meteoroids that travelled billions of miles through space and managed to survive their impact with the earth's surface. That's pretty impressive stuff. The pride of the collection is a series of samples from the 1749 Pallas Iron meteorite, the first meteorite discovered in Russia. Alongside its offerings from outer space, there are various fossils, precious minerals and volcanic rocks on display. The museum puts great emphasis on educating visitors about geological developments, our interaction with the natural world and rare discoveries on Russian soil. Look out for the cabinet of geological curiosities, and prepared to be amazed by the color and beauty of the exhibits within. 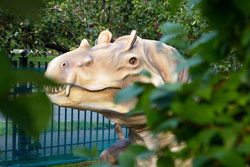 An encyclopedic look at the living world

The State Darwin Museum was founded in 1907 by Alexander Kohts, and was the first museum of biological evolution in the world. Kohts was a master zoologist, taxidermist and a fanatic collector. He was so obsessed with the natural world that in the early days of his curating career he would spend his breakfast money on buying more dead birds for the museum — ultimate dedication. Exhibits are organized to give visitors a complete panoramic understanding of the evolution of the living world, including the natural selection process. If you're feeling ghoulish, there's also a "unique" section with oddities in jars, dried sharks' teeth and albino specimens. It's a child-friendly museum that will delight and disgust little ones in equal measure. 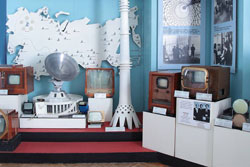 Moscow Polytechnic Museum's real home is currently undergoing a facelift, but don't worry — the fun continues in its temporary location at VDNKh. The main reason for the renovation is to create more space for the museum's sprawling collection, which chronicles extraordinary human achievements in technology and science. Learn about plasma waves, electrotechnology, the ins and outs of nuclear energy and even anthroprogensesis — the process by which science and technology can recover body functions lost due to illness or accident. If you have a budding scientist or engineer in the family, this is a must see. 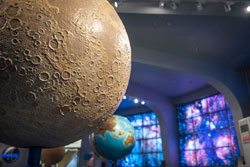 Out of this world

Take a tour of the universe from the comfort of your own seat at the Moscow planetarium. The venue has recently undergone an expansive renovation and reopened last year to the delight of Muscovite space fanatics. The museum part of the planetarium has English translations and explores how people came to study and understand the night sky. There is both a large and small dome, where you can enjoy a Universarium show or a Jupiter ride and stargaze from various locations around the world. The planetarium also has a 4D cinema, although the films are mostly in Russian. A sky park will open in May, offering visitors the chance to learn about sundials and view the night sky through telescopes. 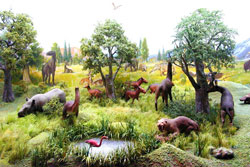 This small, quirky museum, housed inside a handsome mansion on Malaya Gruzinskaya, boasts an eclectic range of exhibits. And we mean eclectic. Molluscs, microflora, coral, cacti, rare flowers and plant life as well as human skeletons and mammal taxidermy. The stuffed dogs are a bit eerie and you might be slightly confused as to why a cabinet displaying a rare black truffle is wedged next to a completely unrelated exhibit — but that's all part of the fun. The museum was founded in 1922 and hosts a number of excursions and special interest groups each year while being open to the general public. The obvious enthusiasm of the museum staff means you can forgive the charmingly hodgepodge nature of the exhibitions. 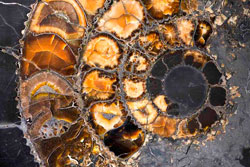 Fancy gawking at gargantuan dinosaur skeletons this weekend? Head down to the Yury Orlov Paleontological museum near Konkovo metro. The jewel in the crown of the museum's impressive dinosaur gallery is a diplodocus skeleton cast measuring 26 meters from its tiny head to its mammoth tail. Acquaint yourself with the prehistoric world through fossil, bone and plant life exhibits or discover more about the geological history of the Moscow region through a special hall dedicated to archeological finds. You can download a free English-language audio guide for further information on exhibits via the museum's website. The museum itself is housed in an interesting red-brick building that looks a little like a fortified castle crossed with a power plant. 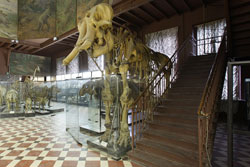 If you're interested in bones, fermenting creatures in jars and the hulking skeletons of extinct animals like the Steller's sea cow, this is the place for you. The Moscow Zoological Museum was founded in 1791 and forms part of Moscow State University. The historic vaulted building, which opened to the public in 1866, holds a veritable Noah's ark of creatures great and small, allowing Muscovites to delve into the world of exotic mammals and birds. Budding explorers will be particularly interested to know that part of the collection features rare specimens gathered by the 19th-century German naturalist Karl Semper, including some pretty impressive sea cucumbers. Is that an oxymoron? The saying goes that taxidermy is like Marmite — you either love it or you hate it. If you're of the latter persuasion, steer well clear.

A group of dancers spin, stamp their feet and pump their arms in a whirl of motion and color as they rehearse a grueling dance named "the stricken...
news

The concert season is heating up like the weather and we had hard time choosing the best gigs this weekend. There's something for everyone, from new...
news

Fancy some fresh air and the chance to do a good deed for the planet? Moscow parks are undergoing their annual spring clean over the next two Saturdays...
the word's worth