The weather forecast is promising the first warm weekend of the year and there is a spring in everyone's step. After spending the day sunning in one of Moscow's parks, why not get out and celebrate with a gig in the evening?

Mgzavrebi, a Georgian indie folk band whose name is completely impossible to pronounce, is playing a concert in Moscow on Thursday. Their songs feature a mix of Georgian, Russian and English lyrics and they been compared to bands like Mumford & Sons and Of Monsters and Men. In truth they play in their own original style.

Moya Mishel, a rising pop rock star from the Far East, will play two concerts in a row at 16 Tons on Thursday and Friday. Originally from Blagoveschensk, Moya Mishel (My Michelle) was named after the famous Beatles song. Moya Mishel's music oscillates between rock, pop and jazz, sometimes within the same song. Catchy lyrics ("Mom, I'm sorry, this boy and I got chemistry") by the band's leader Tanya Tkachuk ensured Moya Mishel made it to the final of a popular TV show Glavnaya Stsena (Main Stage). 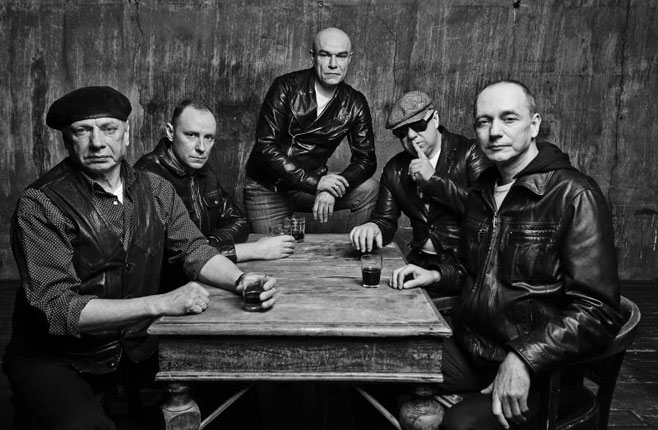 Mosbrass, one of the best live jazz acts in the city, will be playing a drum show this Friday.

Moralny Kodeks (Moral Code) has been around for more than 25 years and is fronted by Sergei Mazayev. They released their latest album "Zima" (Winter) about a year ago after a seven-year hiatus. They can afford this luxury since they have enough hits under their belt to sell out any venue.

The daughter of Russian poet Vladimir Mayakovsky has died in the U.S. at the age of 89, director of Moscow's State Museum of Mayakovsky Alexei Lobov said...
news

Let's face it: times are tough in Russia. And as an expat or tourist who's gobbled up his fair share of pelmeni and borshch, you may find yourself...
news

Moscow's riverboat season is due to open on Saturday, with one route scheduled, the Komsomolskaya Pravda newspaper reported Friday.

Four Russian filmmakers on their struggles to make movies that matter despite censorship.