At the age of 17 and fresh out of high school, Muscovite Denis Kulikov made the bold step of moving alone from his native Russia to Hollywood to start a career as a film director. He had no concrete experience in the film industry and had only spent a month in Los Angeles on vacation. Now four years later at age 21, two of Kulikov's short films have already been shown at the Cannes Film Festival. He gave an interview to The Moscow Times by phone.

Q: When did the desire to work in film come about?

A: I've always been interested in film, and I always wanted to be behind the camera. By the time I was in high school, I was thinking of what to do and where to go. I liked tropical weather, I knew English, and I wanted to do film, so Los Angeles seemed like check, check, check!

Q: How did you break into the industry when you arrived in the U.S.?

A: I went to a film school for two years. From the very beginning I was interested in production, so I started to work on film shoots as an assistant director and began to build up my network of contacts outside of school. Whenever I had the opportunity to be in a key position, I would always raise my hand and say "I want to do it!" There were hundreds of people in my school, and not many go on to make films, so you had to stand out.

Q: Hollywood has a reputation of being cold and tough. Is that what you found?

A: As a foreigner, I felt a bit uncomfortable here to begin with because of my accent and my English, but there are a lot of people in Los Angeles from all over the world, so I did feel supported. Hollywood is competitive and cutthroat, but there's a big culture of support and recommendation. Being on my own, I found that it's best to stick with people who are honest and hardworking, and it's never good to make enemies because there's always a chance you'll be working on a project with them later on. 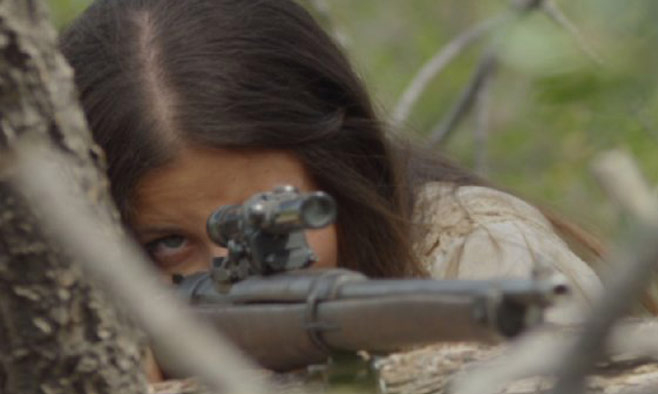 A still from Denis Kulikov's film "Nadezhda" short-listed at Cannes 2015.

Q: Moving to a foreign country on your own at the age of 17 to forge a career in an extremely competitive field must have been hard. What are you most proud of?

A: I did two short films last summer ["Nadezhda" and "The Miracle Archives"], and both of them were short-listed and shown in Cannes this year in the "Short Film Corner" category. It's something that I'm really proud of, especially because I got to do it with my friend — I was his producer and he was mine. It was a great experience because I really knew the person I was working with and that made it something special for both of us.

Q: What would you say to someone who wants to get into the film business as young as you did?

A: I'm forever saying it's all about getting yourself out there. Whenever there's an opportunity, always take it. If you think you can't do something, find somebody who can teach you. You need to get yourself started to become confident with the business and confident in your own abilities. When you're on your own, connections are obviously important so you can find people who are on the same page and are as interested in making a career in film as you are. Having people who can support you and whom you can support as well is vital.

Q: What about the future? Is a global blockbuster in the cards?

A: Well, who doesn't want that? But for me, it's not about the money; it's about fulfilling your life. At the end of the day, I want to make movies, so not making it to the very top would not be something I'd be disappointed about. When you look at all the young actors in Hollywood right now, you see you've got to have that lucky break. It seems like it's going to be easy, but it's not, and the same goes for being behind the camera. It's sad when people come and are disappointed — I didn't come wanting to be famous and rich, I just knew that I had to work hard and get myself out there.