Sasha Raspopina for The Calvert Journal.


Western-style comic books only appeared in Russia in the '90s, when anime and bootleg translations of foreign comic books arrived on the market. In the last decade, the popularity of American publishers like Marvel and DC have prompted comic book stores to open in Russia, foreign comics to be translated into Russian and even original Russian characters and series to be created.

While American publishers are now attempting to introduce diversity into their previously white man-centric plots, Russian authors are creating new universes from scratch. For a developing comic book culture this might seem an opportunity to skip the old-timey standards and get a head start on the so-called "diversity race" between the major publishers. In American comics, American dreams and ideals are as alive in their heroes as American prejudices and troubles are in their villains. In the same way, Russian comic books have a story to tell about modern Russia.

But even a brief examination of the newly created superheroes shows that Russian authors have apparently decided to withdraw from the diversity race altogether. Taking story lines and characters 50 years back, they start at the point which Western publishers are now desperately trying to leave behind — or make a joke out of, as with Captain America's old-fashioned manners in the "Avengers" films. Russia's superheroes are white and Slavic-looking, the very few ethnic minority characters are either villains or play roles so minor they are forgotten once the page is flipped. Gay and transgender characters are non-existent. Alpha-male behavior is prescribed for all characters that have a claim for the comic book cover, even for women who have to act like "one of the guys" — a requirement which, of course, goes with looking sexy at the same time.

Aggressive patriotism and militarism are also the norm — anyone who criticizes even the fictional governments turns out to be a murderous villain, whether their criticisms are well-founded or not. Soldiers and policemen are not only model citizens but also superheroes and saviors. A strong notion of "us" versus "them" is present: bad guys are 100 percent bad and good guys are 100 percent good. Orthodox Christianity often makes an appearance too, usually blended with religious mysticism that dates back to cheap paperback fantasy fiction, where priests fight demons and elusive dark forces with the help of big strong Slavic men.

Read on for a rundown of some of the biggest superheroes in Russian geek pop culture. 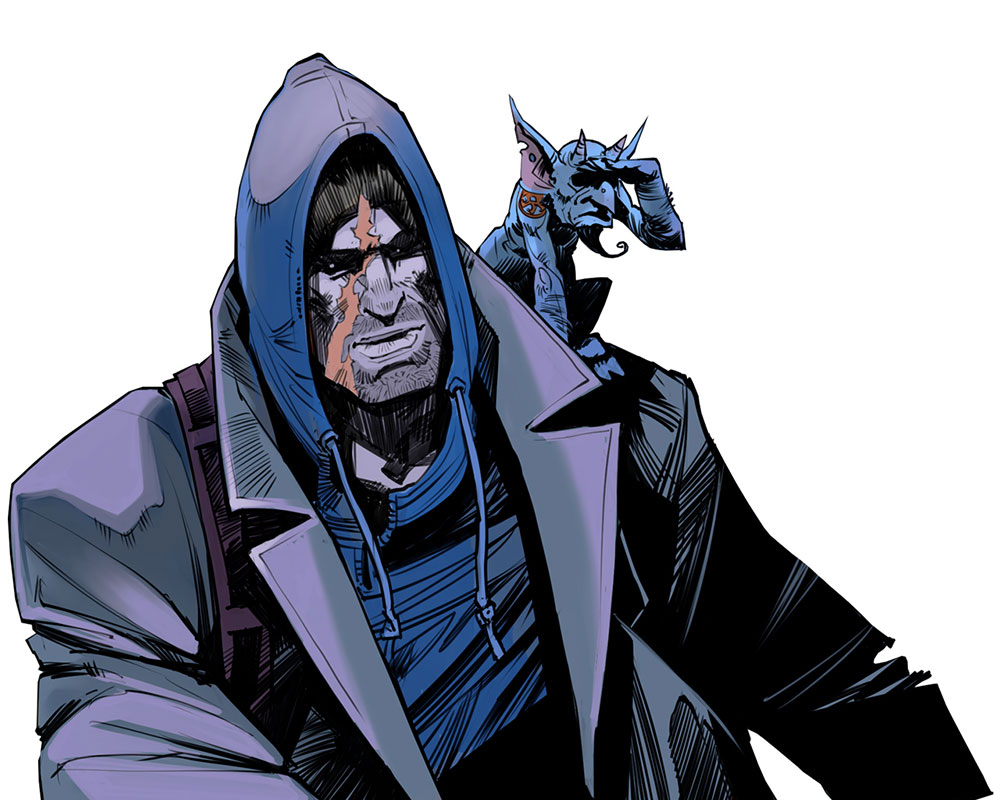 Besoboi's real name is Danila. He is a contract soldier in Tskhinvali, the capital of the disputed territory of South Ossetia in Georgia during the Russian-Georgian war of 2008. He's big, muscled and sports a flat-top military haircut. When Danila's family gets murdered by demons (who, as it turns out, are crawling all over Russia and the ex-Soviet republics), our hero is chosen to fight them with his Satan-blood tattoos and weird religious weapons. The violent plots are fueled in equal part by canonical Orthodox Christianity and supernatural mysticism. 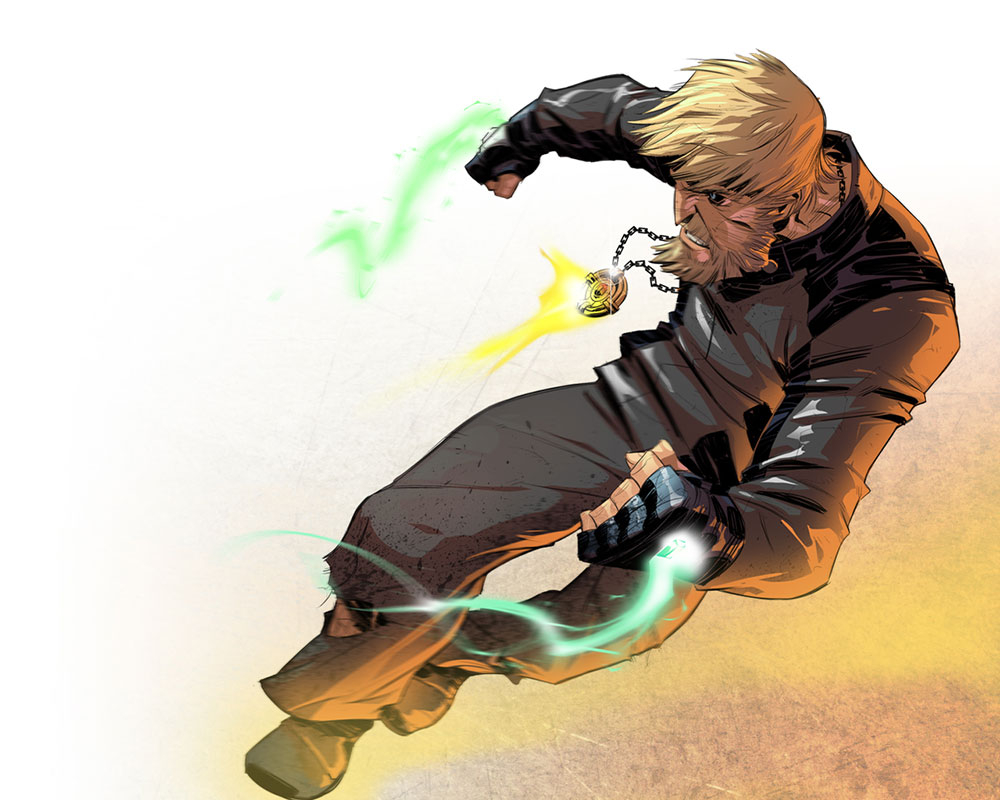 Inok is a time traveler who goes to different wars in Russian history to fight for the motherland and atone for his mysterious sins. Male, blond and very Slavic looking, he is the archetypal enigmatic male character torn apart by guilt, with an additional dose of patriotism that transcends time and space. The design of the comic book is particularly interesting as the typefaces and details imitate ancient Russian scripts and religious texts. A cross-over series called "Inok vs Besoboi," describing the unexpected meeting of the two characters on the same mission, was published in 2014.

Matvey, the main character in the 2009 film "Forbidden Reality" (released in English as "The Interceptor"), is a former spy who quit after an accident led his team to believe he was dead. Later he finds out that his ex-business partner has stolen the psychotronic weapons that the team was transporting, and that he is planning to use them to seize power in Russia in the 2012 presidential elections (the year Vladimir Putin was expected to come back as president). The film features all the usual tropes: a patriotic macho superhero, the only one that can save his country from an evil businessman. Female characters (there are only two) are pretty and mostly are there to provide pillow talk. As with other Russian superhero flicks, the division between good and bad guys is exceptionally clear, to the point where villains can't even be charming or funny. 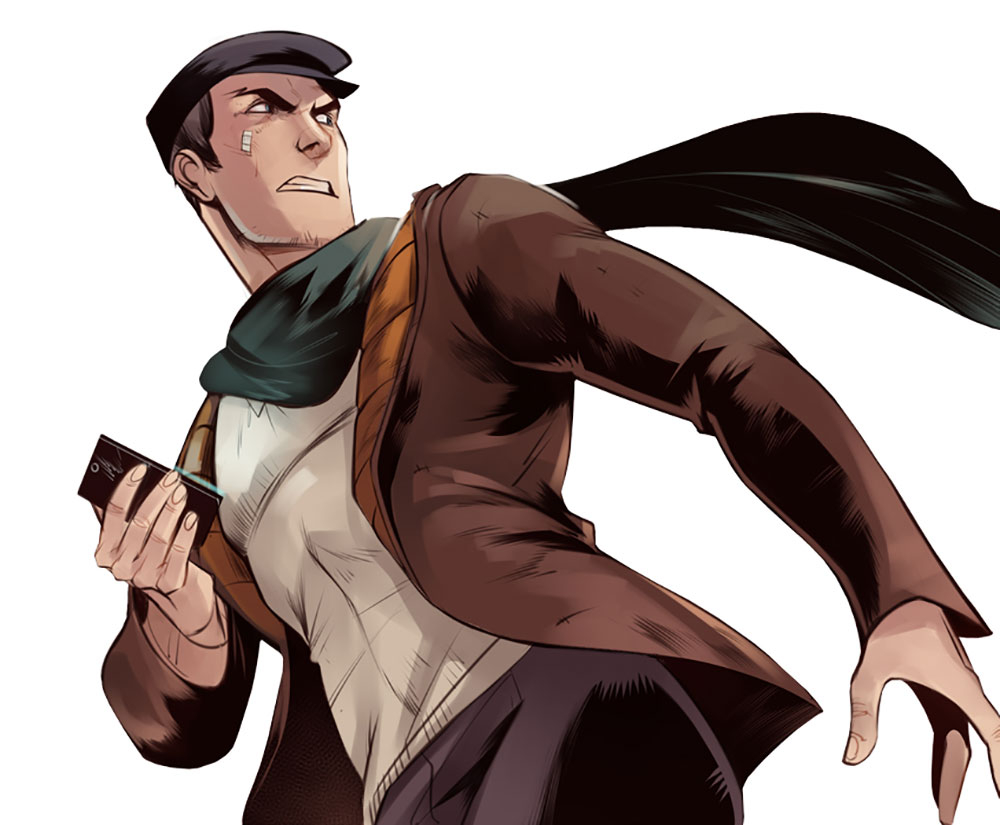 Major Igor Grom, from the eponymous series, is a police detective who lives in St. Petersburg. The plot of the book is built around his confrontation with his nemesis, a vigilante that wears a plague doctor mask and aims to "clear the city from corruption and those who abuse power." The Plague Doctor is obviously inspired by Rorschach from "Watchmen" but is a villain and a serial killer instead of an anti-hero. Their confrontation could have been interesting, showcasing the possible contradictions some might feel about blind patriotism, especially in Russia, but sadly the concept is presented in a simplistic manner, and even the Plague Doctor's disapproval of political corruption is introduced as a negative, antisocial trait and a crucial part of his villainy.

Indigo is the name of a group of kids with various superpowers in this 2008 film of the same name. Despite obviously copying ideas from "X-Men," Indigo stands out from other Russian superhero films because it's the only one that doesn't stuff patriotism, militarism and nationalism into the superhero package. But then, it barely brings anything new into the familiar scenario of the gifted kids that aren't accepted by society and have to fight for their lives. As with other Russian films there are very few female characters, and even though some of the existing ones are important for the plot, the film doesn't pass either the Bechdel or Mako Mori test. 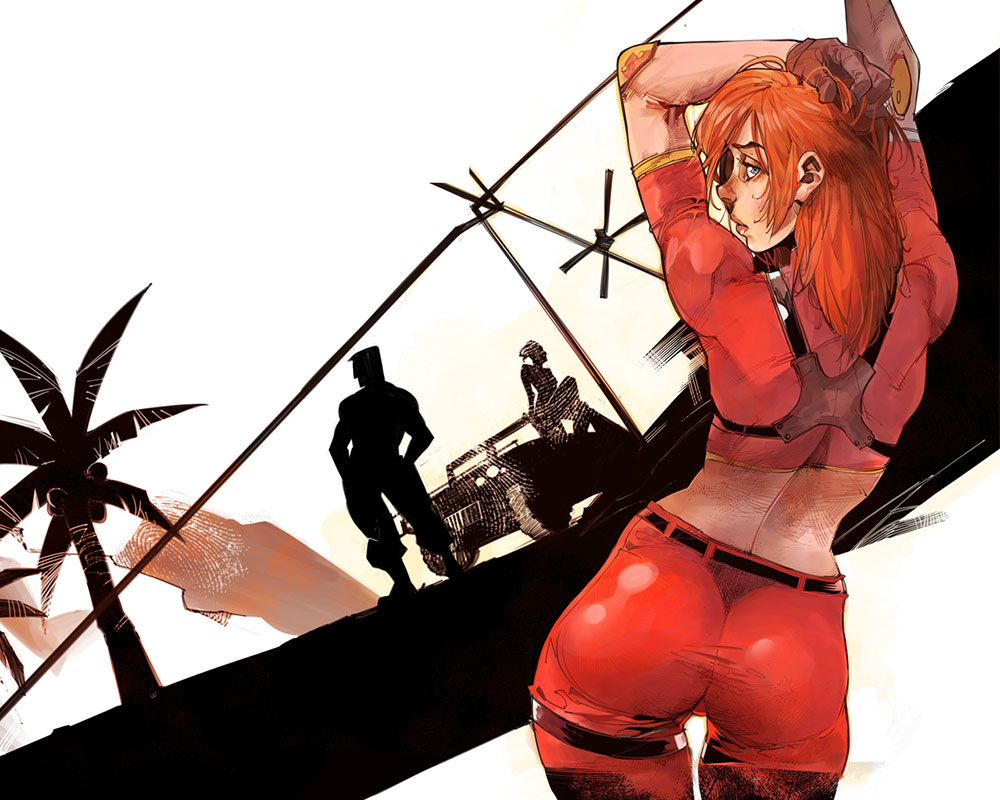 Red Fury (real name Nika), an accomplished thief, gets approached by an international organization called MAK (International Control Agency in Russian, a rather obvious copy of Marvel's SHIELD) to help them find the Holy Grail. This consists of three objects, similar to the Deathly Hallows in the "Harry Potter" series. Red Fury, a redhead who wears revealing outfits, is often helped out by men despite being the main character in her own eponymous series. Nika, like many other female comic book characters, lacks depth and manages to combine alpha-male features, albeit comically, with those of a Russian female stereotype.

Black Lightning, real name Dima Maikov, is a regular human who uses a flying vintage Volga car to help people out in this CGI-heavy film from 2009. The villain, a businessman called Kuptsov, builds his own flying car out of a C-class Mercedes-Benz, which he personalizes with machine guns. Even though the villain is Russian, there is an obvious confrontation in the film between the "Eastern" and "Western" mentalities, ever-present in Russian philosophy and literature since the 19th century. This is especially visible when the two cars, the simple Volga and the weaponized German Mercedes, hang in the sky over Moscow during a standoff. Kuptsov, a classic example of the evil businessman trope, and coldhearted in his pursuit of wealth and destruction, meets his match when faced with a simple working-class student in an old Soviet-built car. 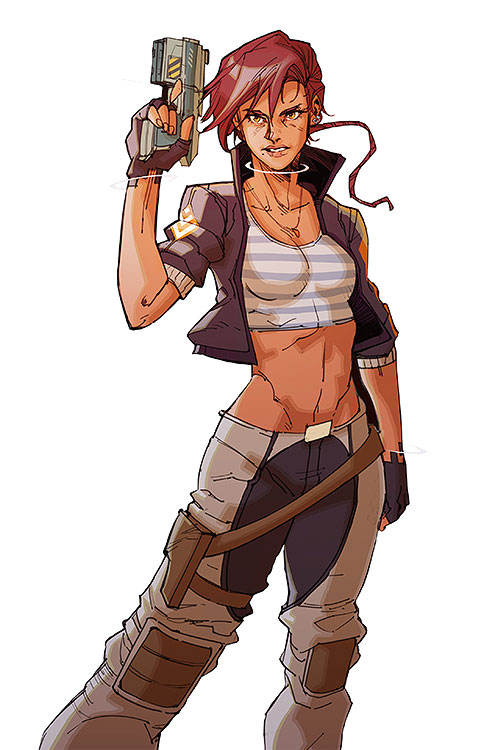 Meteora's real life name is Alena Kuznetsova, and she is an intergalactic smuggler with a bad temper, a sort of female Han Solo. She even has two little alien friends in lieu of Chewbacca. Meteora is a classic example of a female superhero being reduced to a copy of a classic macho male. In fact, the only difference between her and her male equivalent is the lack of clothes on Meteora, as she runs through the comic strips in her underwear.

These superheroes are still only a plan — the film is set to come out in 2016. The film's creators don't hide the fact that they were inspired by the "Avengers" franchise: there are several superheroes in the film, all with their unique superpowers. From trailers and teasers, we now know that the film will be set during the Cold War, with the superheroes fighting on the side of U.S.S.R. Despite the fact that the film is an "Avengers" rip off and the plot has many opportunities for the militarism showcase, the characters look promising: they come from different Soviet nationalities, and their superpowers are linked to their republics.


This article first appeared in The Calvert Journal, a guide to the new east.