The Kremlin has dismissed reports that Russian President Vladimir Putin asked U.S. counterpart Barack Obama to appoint action star Steven Seagal as an intermediary between the White House and the Kremlin.

Putin reportedly asked for Seagal to be appointed an honorary Russia consul in the U.S. states of California and Arizona during a G8 summit in northern Ireland two years ago, BuzzFeed reported Monday, citing unnamed U.S. officials who attended the meeting.

The June summit— held months before violence erupted in Ukraine in February 2014 and Russia's annexation of Crimea a month later — was fraught with tension over U.S. plans to arm opposition fighters in Syria, a move that Russia staunchly opposed.

“Our reaction was, ‘You’ve got to be kidding,’” one of the officials was cited as saying. 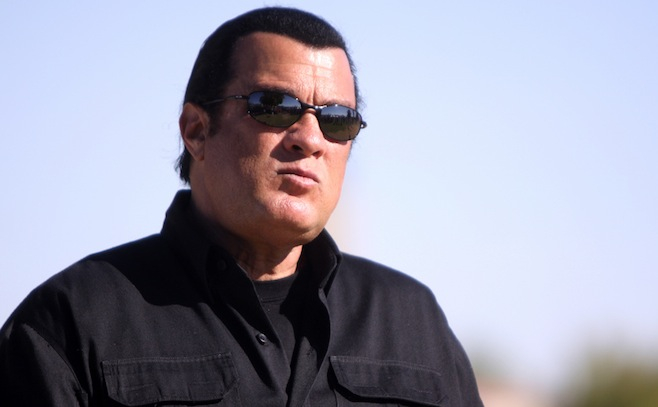 But Kremlin spokesman Dmitry Peskov on Wednesday dismissed the report, telling journalists that it had been very much exaggerated.

“There is a lot of exaggerated and incorrect information in this article,” Peskov was cited as saying by Interfax, while noting that “[Seagal] indeed has deep sympathy toward our country, and he has met with the president several times, and they have a good relationship.”

Seagal is a popular guest among the Russian political elite, and the U.S. martial arts star has openly expressed his support for Russia's annexation of Crimea.

In an interview with state-run newspaper Rossiiskaya Gazeta in March last year, Seagal called Putin "one of the great living world leaders" and said he "would like to consider him as a brother."

The action hero has dismissed reports he was planning to run for Arizona governor this year as “kind of a joke.”

American action movie star Steven Seagal has given state-run newspaper Rossiskaya Gazeta a whopping 2,000 word interview with in which he expressed support...
news

The Russian news RIA Novosti says American actor Steven Seagal has performed at a concert in the breakaway region of Crimea on a stage decorated with...
news

Weapons maker Kalashnikov Concern has denied reports it will no longer work with U.S. actor Steven Seagal to promote its brand overseas.