Internationally renowned choreographers Annabelle Lopez Ochoa and Juanjo Arques bring "Eros. Minos." a double act of ballets that has seen each of them work extensively with the Theatre Balet Moskva troupe.

"It is an interesting project that merges the voice of Dutch artists with interpretation by Russian performers," said Lopez Ochoa, who staged Eros Redux, the piece's full name, originally with the Dutch National Ballet, in an email interview.

Eros is based on the myth of an androgynous people, who were both male and female and were descended from the moon. Zeus, fearing their power, divided them into man and woman.

Lopes Ochoa was ten when she first heard of the myth of Eros. "As I was getting older, I thought it explained so well why we always seem to search for our other half, however I do believe that we all carry both female and male energy," she said.

The original title of the ballet was "SINCE," that being the first word of a sentence, which continues "we were separated we are looking for another half."

Lopez Ochoa, half Colombian, half Belgian, was originally a dancer like Arques. She started off at the Royal Ballet School of Antwerp then joined the Scapino Ballet in the Netherlands, one of the world's top centers of contemporary dance, and after twelve years moved into choreography in 2003. She was quickly dubbed a rising star of the Dutch dance scene, by local media.

Her first full length ballet "A Streetcar named Desire" staged by the Scottish Ballet in 2012 has won many awards. American Ballet Theater star Daniil Simkin said of her that "there's a certain sensuality and a certain serenity in the choreography" in an interview with Dance Magazine.

"I have a big infatuation with theater. I love to tell stories in many ways. With a contemporary classical work, the piece might be less narrative although I make sure to expose the theme clearly. "Eros Redux" for Balet Moskva is more an abstract work but the build-up of the theme is very present," said Lopez Ochoa.

"The men are wearing black suits, and the women are wearing white shirts (Yin/Yang) Generally, I appreciate when costumes are not simply decorative."

"Minos" was Arques first work for the Dutch National Ballet and the first choreographed work he got paid for, he said in an interview with Theatre Balet Moskva, saying the ballet has a special place in his heart.

"For Balet Moskva, I decided to put on Minos, but an extended version, doubling the number of dancers, more music, improving the scenery and costumes. And of course, more ideas. So it is 70 to 80 per cent new."

Based on the myth of the minotaur, the son of Mino who was born on the island of Crete with a bull's head and a human's body, Arques said he was inspired by the Mediterranean seas. "I'm from the Mediterranean myself and I know what water is," he said.

In the myth, the hero goes on a trip on the water. 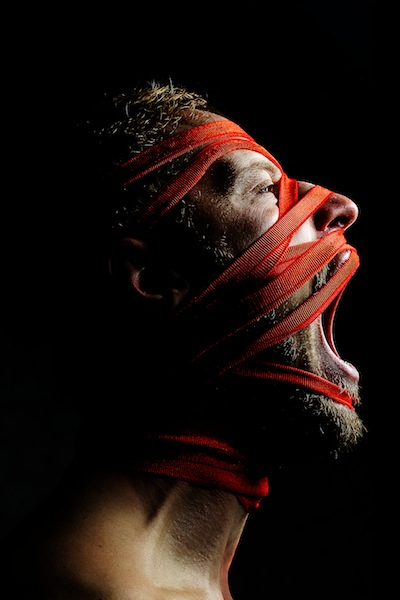 
"It has to be organic, there has to be waves, games with dolphins, men as dolphins. These are all the ideas that give birth to movement. And yes, maybe you won't understand anything, but these thoughts are very important to me."

Arques previous work, "BITES" was about social media. Next year, he will stage a ballet based on the work of artist Hieronymous Bosch to mark the 500th anniversary of his death.

He said in the interview that it was tough at times with the dancers in Moscow.

"It was clear that it was difficult," he said, "[Now] they have changed a lot, opened up to me, they understand what to do and enjoy it."

Lopez Ochoa understands. She has worked with dancers in Colombia and elsewhere.

"The beauty of dance is that it is a universal language and although we might need some time to adapt to one another (dancer/choreographer)during the creation process, in the end we are united by our common goal that is to use the body to express and share an emotion to an audience," she said.

Contemporary Dance, Rodchenko and Shaun the Sheep – What to Do on the Weekend

A selection of cultural events to attend in Moscow.
moving pictures