Actor David Duchovny of "Californication" and "X-Files" fame has sparked controversy after appearing in a Russian beer advertisement that has gone viral and that critics say is too nationalistic, although director Michael Lockshin told The Moscow Times that that was what the makers were trying to avoid.

Inspired by Duchovny's Eastern European roots, the advertisement shows the American actor imagining what he could have been had he spent his life in Russia: "There is another country where I got my family name from, and sometimes I wonder what if things turned out differently, what if I were Russian?" he says in the ad, which went up on YouTube on Friday and now has close to 2 million views.

Duchovny's Russian fantasy sees him have a possible career as a cosmonaut, as a hockey player with a gap-toothed smile, a ballet choreographer and a polar explorer, playing on positive stereotypes that are well known in the West. He also runs out of a banya to leap off a rickety pier into a river.

This positive view of Russia was criticized by some, with GlobalPost.com calling it a "poorly timed, nationalistic ad" in light of the crisis in Ukraine.

Director Lockshin denied any such intention. 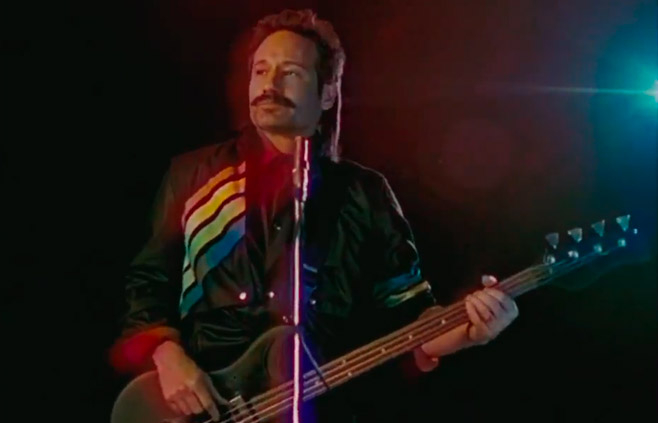 "We definitely didn't want to have any political or nationalist themes," Lockshin said in a telephone interview, adding that there were lots of similar Western campaigns, like Coca-Cola's "America is beautiful" or Molson's "I am a Canadian." "I don't see anything wrong with them."

The video was filmed in three days in Moscow and outside Moscow in May. A number of actors were considered for the role, but "we wanted him the most as he had Russian roots and his last name says a lot in Russian," Lockshin said. Duchovny's last name sounds like the Russian word for "spiritual."

"I am proud of my Russian, Ukrainian, Scottish and Polish heritage as I am proud of my American heritage," Duchovny said in a statement to the TMZ celebrity news site. "But being proud of one's ancestors is not a political statement on any current government or public policies."

Oddly enough, Duchovny tweeted in April: "I grew up thinking I was Russian only to find recently that I've been Ukrainian all along. Never too late to change."

Duchovny got $1 million for the advertisement for the nonalcoholic version of beer Sibirskaya Korona (Siberian Crown), two-thirds of the ad's $1.5 million budget, the Vedomosti newspaper estimated on Tuesday.

The clip is only being shown on the Internet because of restrictions on the advertising of alcoholic products in Russia. 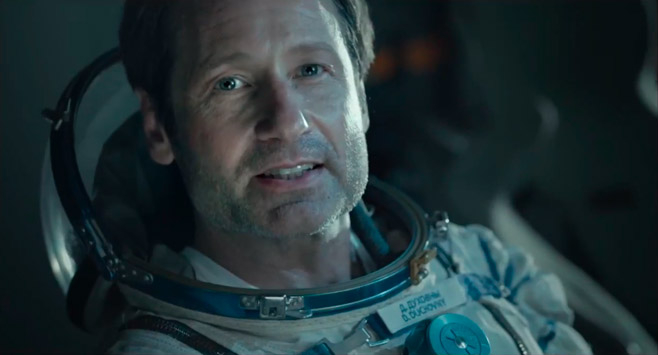 The beer advert has been criticized for its positive portrayal of Russia.

The video throws in a few cultural references that will likely be understood only by Russian audiences and anyone who knows Russia well. The gentle classical refrain that plays for most of the ad is a reworking of "The Star Called Sun" by much-loved 1980s rock group Kino (Cinema).

"We had a few different options for the main theme. This came in the edit and was not planned originally. I knew I wanted to use Kino in some way," Lockshin said.

At one point, Duchovny is seen driving a UAZ truck through a river with two Russian friends singing along to Mashina Vremeni's (Time Machine) most famous song "Povorot" ("The Turn").

The song, which came out in the early 1980s during the Brezhnev era, spoke in oblique terms of the change that was coming in the Soviet Union and the hope for that change. The actor is then shown miming the song in garish 1970s clothes and a mustache much like that of Alexander Kutikov, the band's bass player.

Toward the end of the video, Duchovny walks along a typical Russian country scene, declaiming the poem "Kin" by children's poet Vladimir Orlov: "I learned that I have many kin, the lanes, the forests, every spot of the fields."

It's a poem many Russian children learn in school and famously made an appearance in the 2000 film "Brat 2" ("Brother 2"), about a Chechen war veteran-turned-hit man's adventures in the U.S. The film's anti-hero, Danila Bagrov, listens to a kid recite the poem at a school event. The poem helps save the kid's mafia-boss father from being killed.

Duchovny simply has a nonalcoholic beer after reciting the poem.