Ah, Moscow! The city where you never call an acquaintance before 11 a.m. or a friend before noon! It’s no wonder that projects like Night in the Museum and, now, Night in the Theater have become so popular. 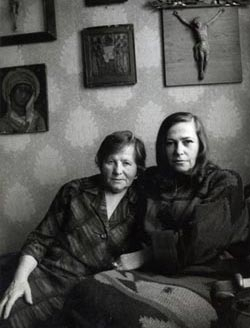 The Night in the Theater project, which takes place Wednesday, is new, but already extremely popular. Beginning last year as a spin-off from the Night in the Museum project, it was celebrated at 17 theaters. This year, according to the website of the Moscow Culture Committee, 40 playhouses have put together programs for insomnious theatergoers.

Most theaters have come up with special ways of marking the night.

If you have ever dreamed of rehearsing a great play with a world-class director, Moscow’s Theater Yunogo Zritelya has a one-two punch for you. From 10 p.m. to midnight Kama Ginkas and Genrietta Yanovskaya will conduct open rehearsals with spectators. Ginkas will rehearse Anton Chekhov’s “The Seagull” while Yanovskaya will rehearse Alexander Ostrovsky’s “The Storm.”

During a 30-minute “intermission’ at midnight, the theater will serve tea and refreshments, after which a poetry recital will continue until at least 1:30 a.m.

Moscow’s newest and hottest theater, Gogol Center, has a variety of offerings in store. Guests that sign up in advance will be given a guided tour of the venue’s backstage area, including access to rehearsals of an upcoming production of “Stalker,” and a concert by Vladimir Pankov’s SounDrama Studio followed at 2 a.m. by a master class in the art of deejaying. 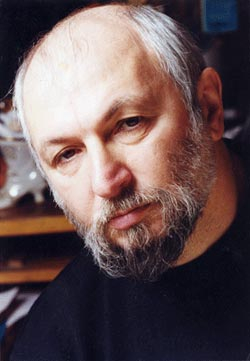 The Et Cetera Theater, the Pushkin Theater, the Stanislavsky and Nemirovich-Danchenko Musical Theater are among those offering backstage tours. The Mossoviet Theater will show a film of the theater’s 80-year history on its Stage Pod Kryshei at 11 p.m. The Hermitage Theater will offer an open rehearsal by director Mikhail Levitin at 7 p.m., followed by an excursion of the theater at 10 p.m.

In its temporary home at 5/7 Sredny Tishinsky Pereulok following a debilitating fire in its regular location, the Contemporary Play School will conduct a program of lectures, master classes, a theatrical revue and an “interactive jam session” beginning at 10 p.m.

The MOST Theater and the Bulgakov House combined to concoct an evening beginning at 7 p.m. and running until 12:30 a.m. According to MOST’s Facebook page, spectators will visit a “unique, theatricalized excursion” of Bulgakov’s famous “bad apartment” from the writer’s novel “Master and Margarita.”

But that is only the beginning of MOST’s activities. There will also be poetry readings, a master class entitled “How to Stage a Show,” as well as workshops in how to move gracefully run by professional choreographers. For those wishing to unleash their inner actor, a stylist in the theater’s foyer will “transform spectators into theatrical characters.”

Most theaters have established guest lists for events that can only accommodate a limited number of people. If you are interested in visiting a specific theater, check the venue’s website or Facebook pages for requirements. All events are free of charge.