It's only 5 Reasons. It's not All Of The Reasons. And it might not be the Main Reasons. It is just 5 Reasons I Love To Live In Russia.

But before we start this Festival of Positivity, I would like to say, "Russia, you should be ashamed of yourself!" 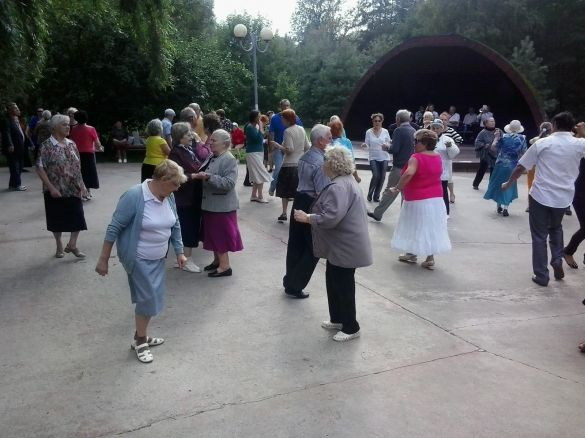 I love Russia for weekend dancing in the park to the music of a live brass band.

Nearly invariably, when I meet a Russian Person for the first time, they ask, "Why do you live in Russia?" This question is often fraught with deep suspicion that there could be no pure motivation for an American to live in Russia.

Also, if I might add, and I might because this is my blog, migrating to a new land doesn't automatically mean that the former land was bad. I love America! But that's for a different blog on a different day.

So listen my Russian friends, there is plenty to love about Russia. And you shouldn't find it so strange that there are foreigners who love your nation. 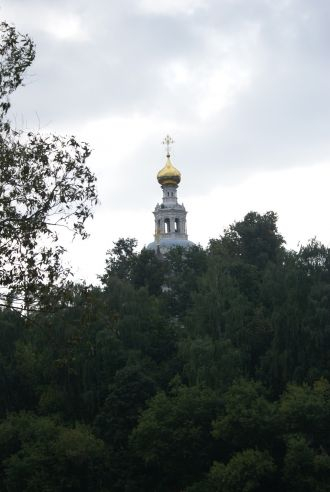 I love Russia for the beauty of the forests and onion domes on Orthodox church cathedrals.

1) Every Day Is A Surprise: I remember one time I had to pick up my dear mother at an airport, In Russia. It was 4:30 a.m. and I didn't see that someone had placed their luggage behind my car. I ran over said luggage, stopped, got out of the car, and began to inspect the damage. I quickly became acquainted with the owner of said luggage. He was both ever so slightly inebriated and also experiencing some annoyance at the fact that I had Run Over His Luggage, In Russia.

A lively conversation ensued, and my dear mother who had Just Arrived In Russia watched from inside the car.

It turned out that the luggage that I had ever so recently backed over contained a special skiing suit that would magically inflate if the skier in question ever hit a hard object. Like A Tree. Or A Rock.

The owner of the luggage that I had just run over, that contained a special skiing suit, said he wanted to call the police. I called his bluff and said, "Okay, let's go!"

He backed off and began complaining about how I had ruined his Special Skiing Suit. I explained to him that there was nothing special about his skiing suit, because it was clearly broken. I had backed over it, and it had remained uninflated. Furthermore, how was it my fault that he had set his luggage directly behind my car where it would not be visible to me? 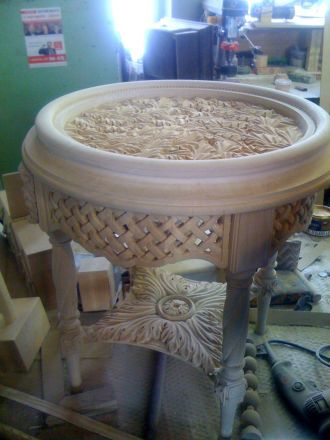 I love Russia for the "golden hands" of the master woodcarver.

The only way I could explain this situation to my mother was, "It is Russia". For most surprises,

In Russia, that explanation will need to be enough. And that is the No. 1 Reason I Love To Live In Russia.

2) If There Is A Smile: It Is Probably Authentic Naturally, the exceptions to this include those in the theatrical industry and clerks that work on commission.

If a Russian is not smiling, maybe that means that he or she is not happy. Write that down. However, if they are smiling, it will certainly brighten up your day, because it is real. One of my favorite personal challenges is making Russian Middle Aged Women who Sell Tickets at Train Stations smile. At first, they won't smile. Why should they? You are just another brick in the wall, another passenger in an endless queue.

However, if you say, "Hello!" and stand there with your sloppy foreign grin on your face, you might get a crack of a smile, and they will be more forgiving of your accent and endless questions about train schedules. 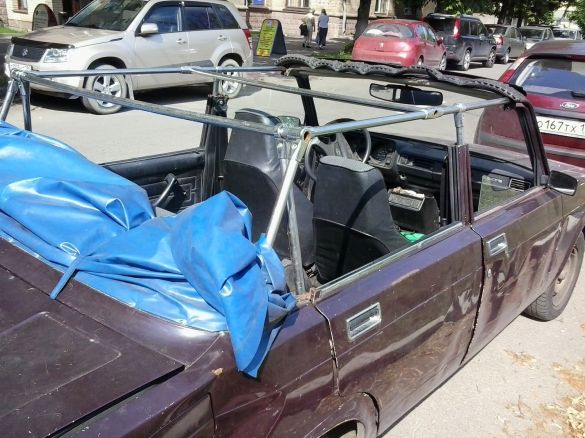 And I love Russia for the humor and ingenuity of turning a Zhiguli into a makeshift convertible.

So, if a Russian is not smiling at me, perhaps they are not happy to see me. This takes out loads of guesswork in relationships.

3) Relationship Over Business: I met with a friend in America about a year ago. We sat there talking about life and suddenly he asked: "What did you want to meet about?" I was shocked and quickly realized my cultural error. I had put Relationship Over Business. In Russia, I love the fact that when there is business to do, co-workers and potential partners will lead me on a seemingly endless gauntlet of mysterious relationship building exercises. These include barbecue, random conversation, and of course, most importantly, the banya. 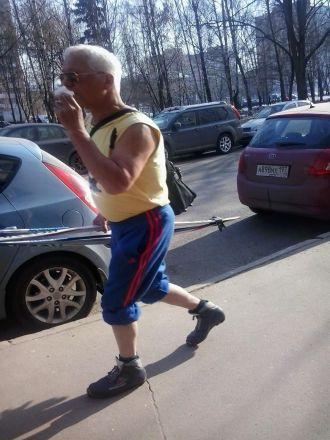 I love Russia for this man who rolled up his pants to go skiing.

It makes sense, and I've learned to just go along for the ride. Relationship builds trust, and with trust, the business will be more effective.

I love it when a Russian Person tells me "NO!" Don't argue with them, silly foreign person. Your attempts to fight for your rights will go unheeded. Instead, stay relaxed and talk about the weather, talk about your childhood, talk about everything in the world except what they just refused you. Sit in silence staring at your shoelaces. Eventually, the Russian Person will provide you with some clues about how they can indeed help you.

The word "NO!", In Russian, is the code word for the start of an Ancient Dance Of Relational Negotiations. Enjoy. 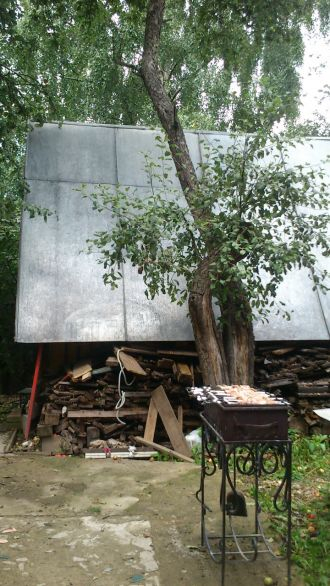 And I love Russia for the shashlik followed by a steaming hot banya.

5) Extreme. Sometimes it seems that everything in Russia is being done in the most extreme


possible way. It might be freezing cold outside, but the banya temperature will more than make up for it. If you know what I mean. If a Russian is working, they are running on all cylinders. If they are not working, line them up with a post, and it will appear as if the post is in motion. If they are being friendly, they might serve you all of the food they have. If they are being unfriendly, run. If a Russian is humorous they are very very funny. If they are not humorous, back away slowly. This is the land where a doctor will chide you for leaving a window open in your home and then go out for a smoke break. I guess the extremeness of this great land makes everyone a champion. You might be a champion athlete or a champion couch potato, but either way, you are the greatest at what you are doing right now at this moment in time. And Russians can be champion complainers about their own nation, but beware, foreign person! If you join any complaining conversation about Russia as a foreign person, the Russians will all turn on you in an instant. That is because they may or may not like certain parts of the nation, but almost all of them are ready to fight for their homeland.

Russia: Live it and love it, but don't waste your time trying to understand it.

Do you have at least 1 Reason You Love To Live In Russia? Comment below!