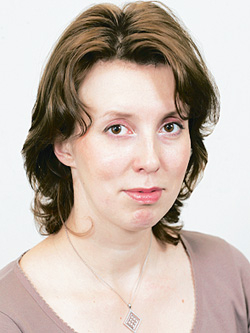 The question of adjusting prices of goods to take into account retroactive discounts, bonuses, and rewards offered by suppliers remains a hot issue for Russian retailers.

The issue has become more prominent as a result of the peculiar position taken by the Russian Supreme Commercial Court Presidium in Dirol Cadbury and subsequently repeated in Leroy Merlin in relation to VAT procedures for bonuses and rewards paid to customers:

The price reduction requires the parties to adjust their VAT obligations.

Although the Russian Supreme Commercial Court was examining issues relating to VAT calculations, it held that any customer reward alters the seller's revenue. The assertion resulted in attempts by a number of importers who had received discounts on large volumes ordered from their foreign suppliers to reduce the customs value of previously imported goods and recover a portion of the customs duties, which the importers deemed "overpaid."

This article will consider whether the Russian Supreme Commercial Court Presidium's position in this case on VAT is also applicable to settlements for other corporate budget obligations (for example, customs duties), and whether the customs value can be adjusted (reduced) by an importer receiving discounts on volumes from a foreign seller.

In our view, it would be highly contentious to suggest that the Russian Supreme Commercial Court's position (that a retroactive bonus reduces revenue) applies generally, including adjustments of customs duties, rather than to VAT calculation only.

Formally, an importer has the right to petition the customs authority to adjust the customs value after customs has released the goods. However, to do so, it must first disclose that it had previously provided false information on the value, including on elements determining the (wrong) value. The importer must submit documents showing that the customs value was indeed incorrectly calculated.

The only document that previously provided guidance on discounts for customs value purposes was FTS Russia letter No. 01-06/8631 of March 12, 2007 (which now applies to the extent it does not contradict applicable customs law). This document states that, in order to decide whether discounts should be included in the customs value of goods, the customs authority shall examine the nature and size of the discount, and the conditions on which it was granted. Depending on the outcome of this review, the customs applicant may or may not be allowed to include the discount in the customs value.

There is no judicial practice on this matter yet, but we believe that there will be litigation over retroactive discounts and customs value in the future.

To date we are only aware of the Hyundai case, where a discount applied in determining customs value was upheld by the court. However, this case is not conclusive as (1) the discounts provided by the seller were based on the seller's economic circumstances and not intended as incentives for the customer, and (2) this case did not consider retroactive bonuses (i.e. bonuses whose value are not known at the time of delivery), but discounts already known at the delivery date.

We also know of the Gazprom Export case, where the court upheld the practice for a company to deduct discounts from customs value, and in this case the discounts were also known at the delivery date, i.e. not retroactive bonuses. At the same time, the court stated that a discount could be applied when calculating the price of a good (and actual customs value) if the parties to the agreement simply agreed that the discount would be provided/received, without further details. The court also noted that in this case the customs authorities did not examine the nature or conditions of the discount.

In the case of Pozitiv, the court also upheld the right of the importer to deduct from customs value any discount known at the time of delivery.

The only case in which a discount after release of the goods was considered was in Omega-Trading (although it should be noted that this discount was provided on highly unusual conditions). The court denied the company the right to reduce the customs value and held that, at the time of export of the goods, the value was fixed and accurate, and therefore could not be affected by subsequent discounts.