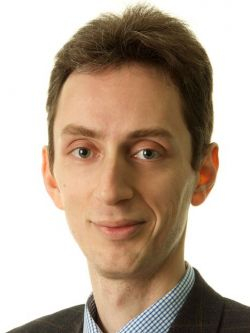 Russian tax legislation tends to limit tax neutrality for cash flows. In the near future, the former ways of injecting funds into Russian entrepreneurship may see more tax scrutiny.

Introduction of the Russian CFC regime

A reference to this growing scrutiny can be found in the government's "Main Directions of Tax Policy for 2013, and for the Planned Period of 2014 and 2015" ("Main Directions"), which propose the introduction of a controlled foreign corporation (CFC) regime in Russia. As a broad anti-offshore measure, a CFC regime would require Russian parent companies to include the undistributed profits of their foreign subsidiaries into taxable income (par. 5, Section II of Main Directions). The recent international trend shows that facing a liquidity shortage, some countries began reformation of their CFC rules (see the United Kingdom's discussion to exempt interest income of the offshore subsidiaries earned on ­extension of loans to U.K. parents; similar U.S. initiatives, etc.). It remains to be seen whether the prospective ­Russian regime would be similarly focused.

The Main Directions also envisage limits on tax exempt options of financing the Russian subsidiaries by foreign parent companies. Today two options for tax exempt financing of the Russian subsidiaries exist: (1) a general purpose contribution of funds from the controlling shareholder (over 50 percent) and (2) a special purpose contribution of funds from any shareholder (disregarding the size of participation) to increase the net assets position of the subsidiary. The Main Directions state (par. 3.1, Section II) that the second option is gift giving between two companies (prohibited by civil law); it legalizes tax evasion and, therefore, should be excluded from the Tax Code.

Thus, the window of opportunity to use this option may close with the end of the current fiscal year. Even if this option remains in force, there is a considerable risk that the attitude of tax authorities and courts will be negative and the attempts to use this financing option will be more frequently and successfully challenged. One can also not exclude that the tax free status of general purpose contribution of funds from the controlling shareholder (over 50 percent) would again become the ­target of fiscal challenges as it used to be.

It has been a much debated issue whether cross-border intra-group interest bearing loans, in addition to "thin capitalization" compliance, fall within the scope of transfer pricing control. Now the Finance Ministry clarifies (letter No. 03-01-18/5-92 of July 5th, 2012 ("the Letter")) that, in its view, related-party loans are subject to transfer pricing control based on the following rationale.

Transfer pricing rules apply to those transactions whose prices are not controlled by special Tax Code rules. In the ministry's view, the "thin capitalization" rules govern merely the ability to deduct the interest on cross-border related-party financing, but not the "price" of financing (i.e., not the amount of interest itself). Therefore, the transfer pricing regulations should apply to cross-border related-party interest-bearing financing.

The ministry's interpretation formally is not a mandatory guideline for  taxpayers to follow, but still it is an indication of the government's position on the matter.

It is advisable for companies to take into account this new approach and to once again reconsider the amount of interest charged on intra-group loans — now from a transfer pricing point of view.

Critics have claimed mass fraud and tampering during the three-day election.
FACING PRISON

A federal grand jury indicted Mark Gyetvay for hiding assets worth as much as $93 million in offshore accounts between 2005 and 2016.