The focus of Russian Foreign Minister Sergei Lavrov's visit to South Africa, Eswatini, and Angola this week has been the portrayal of Russia as a partner for the continent’s development and security, especially in the energy sector. The tour also had an overtly propagandistic element aimed at bolstering Russia's tattered global image as it seeks to cultivate closer ties with African states against the backdrop of its disastrous invasion of Ukraine in February.

The image projected by Russian state and state-aligned media is one of Russia and its African counterparts earnestly attempting to build better relations, despite the West's meddling and its "neo-colonial" policies.

Given how little Russia can offer in economic terms at present, the development narrative is rather suspect, however. Before Russia’s full-scale invasion of Ukraine, Moscow exported more to neighboring Belarus than it exported and imported from all 54 African states combined. Since the war and its economic fallout, Russia’s growth prospects look bleak, meaning that ambitious financial, infrastructure or trade projects were always unlikely to be initiated.

On the economic front, the tour appears to have produced uneven results at best. While economic ties were hailed by Lavrov and his counterparts in each country, only the announcement in Luanda of a prospective agreement for Russia to help Angola develop its own atomic energy program was of any note.

As Russia's nuclear energy regulator Rosatom had no presence in Angola until 2019, the initiative will be starting largely from scratch and Rosatom’s foreign ventures have often been delayed or ended up going nowhere, so the prospective deal may come to nothing.

What about the security element? Russia has in recent years successfully carved a niche for its defense and security industries in Africa and has become the continent's largest arms supplier. Almost every country in Africa has a security agreement with Moscow in place, and many send military officers and specialists for training in Russian military academies. The state-aligned Wagner mercenary group is also active throughout the continent, with deployments of armed personnel or liaison offices in several countries, including Angola and Eswatini.

Lavrov's tour did serve to highlight Moscow’s clout in security matters, though it also highlighted its limitations. That said, there were hints of a growing Russian security footprint in Eswatini, where Lavrov met with the prime minister and several other senior officials. The tiny kingdom has been gripped by unrest since 2020, with King Mswati III attempting to maintain his absolute power despite widespread opposition to his rule.

In 2016, the two countries signed a military cooperation agreement focusing on training and intelligence sharing. The country's independent media in exile has reported that Russian troops have trained the country’s military to clamp down on the restive population, a charge denied by Moscow.

On Jan. 19, the Russian ambassador to Eswatini said that Moscow was prepared to offer security assistance to the kingdom. Officially, the country's defense minister declined the suggestion but met with Lavrov during his visit nonetheless.

South Africa is a less obvious security partner for Russia, with no military cooperation agreement between the two countries in place, nor a Wagner presence that we know of. While the two have signed agreements to jointly develop defense manufacturing, South Africa is not a large market for Russian arms sales.

Despite that, Lavrov’s visit was prefaced with the announcement that the Russian navy would be joining a 10-day-long South African-Chinese naval drill in the coastal waters around Durban.

The planned joint military exercises were criticized by South Africa's political opposition as well as by the country's Western partners. More sensitive still are accusations made by members of the South African parliament recently that the government sold weapons to Russia in 2022.

Even in Angola, which voted to condemn Russia’s sham referendums in eastern Ukraine at the UN in October despite a long history of close ties between the two countries, there were hints of increasing cooperation.

In December, Angolan President João Lourenço said he would replace Russian arms with imports from the U.S., marking a victory for Washington which has been proactively cultivating a rapprochement for some time, even sending an envoy to Luanda hot on Lavrov's heels.

Lavrov’s visit was reportedly aimed at bringing Angola back into the Russian fold but the joint press conference – while amicable – gave no suggestion that Luanda had changed its position on Russian arms sales or the invasion of Ukraine.

Other than an uncertain nuclear power deal with Angola, what did Lavrov's visit accomplish? Arguably, it served its primary function to promote Russia’s wartime propaganda to both the national elites and the general public in three African countries.

During the visit, Russia’s propaganda was sometimes echoed by state officials and often reproduced by local media, while Lavrov’s comments about the war have also fed the usual disinformation mills and have been reproduced many times across several platforms. In as much as diplomacy is about transmitting a message, Lavrov can rest assured his whirlwind tour was a success. 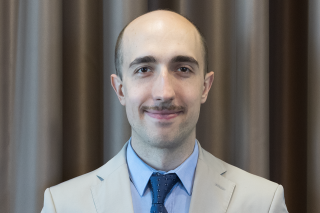 Dr. Ivan U. Klyszcz is a Research Fellow at the International Centre for Defence and Security (ICDS) in Tallinn, Estonia who researches Russian domestic politics and foreign policy.  @IvanUlisesKK

A military convoy struck a roadside bomb in the northwest of the conflict-wracked Central African Republic.
free of charge

The shipment of 5,000 pieces of small arms is the third delivery in as many years.
verification needed

C.Africa to Probe Claims of Abuse By Troops, Russian Forces

The Russian Direct Investment Fund maintains that Sputnik V's $9.75 price tag “is the same for all markets.”