Updates with Zelensky's comments and color from Moscow and recasts throughout.

MOSCOW — President Vladimir Putin said in his televized New Year's address Saturday that "moral, historical rightness" is on Russia's side as his country faces international condemnation for its offensive in Ukraine.

Putin delivered his traditional midnight address standing among soldiers who had apparently fought in Ukraine.

In remarks carried by Russian news agencies, Putin said that this year was marked by "truly pivotal, fateful events" which became "the frontier that lays the foundation for our common future, for our true independence."

"Today we are fighting for this, protecting our people in our own historical territories, in the new constituent entities of the Russian Federation," he added, referring to Ukrainian regions that Russia claims to have annexed.

"Moral, historical rightness is on our side," he said.

The New Year’s address given by the Russian president – that is watched by millions of Russians – is usually given in front of festive decorations in Moscow.

But the war in Ukraine was very much front and center this time as the fighting enters its eleventh month.

In the Russian capital, revelry was also overshadowed by the war, with people in the center for the festivities expecting the fighting to dominate events well into 2023.

“It should be over by year-end, though there’s a 40% chance it could turn into a global conflict,” said Boris, 70, who was celebrating near Red Square.

“[U.S. President Joe] Biden and his cohort want to destroy our country, but they’ll suffer too because Putin has built up our missile stockpile,” Boris told The Moscow Times.

“I even heard our Navy commander on the radio saying our nuclear submarines have surfaced in the Atlantic Ocean 400 kilometers from Boston, Chicago and Philadelphia.”

According to Kremlin spokesman Dmitry Peskov, Putin recorded his New Year's speech from the headquarters of Russia's southern military district, where he was on a visit earlier on Saturday and presented medals.

Among the recipients of the awards was the commander of Russian forces in Ukraine, General Sergei Surovikin.

Footage shown on Russian state TV showed Putin raising a glass of champagne with soldiers — both men and women — dressed in military uniform.

"Russia was driven to the point of either surrendering everything or fighting. As long as we have people like you... of course nothing can be given up," Putin told them. 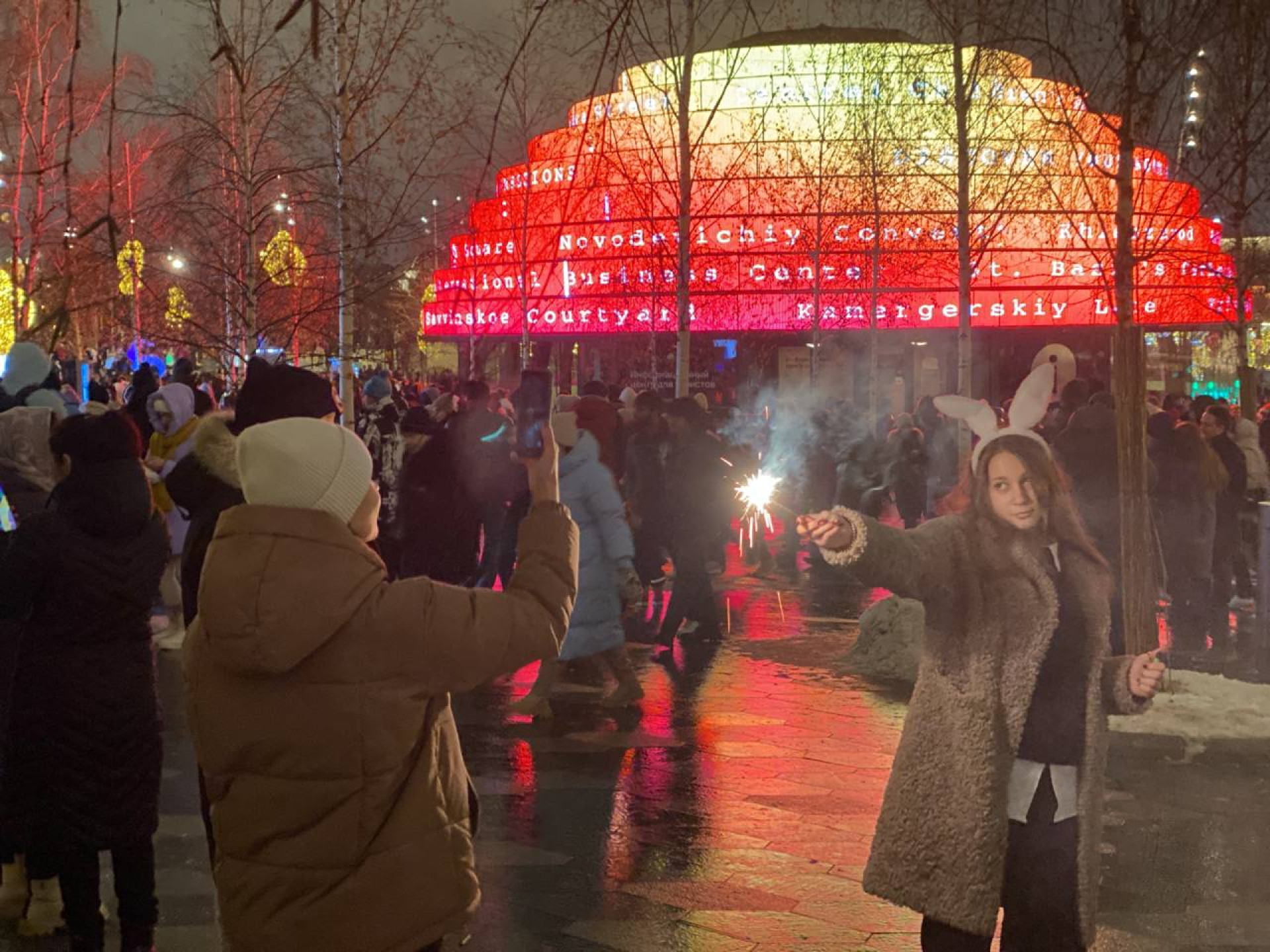 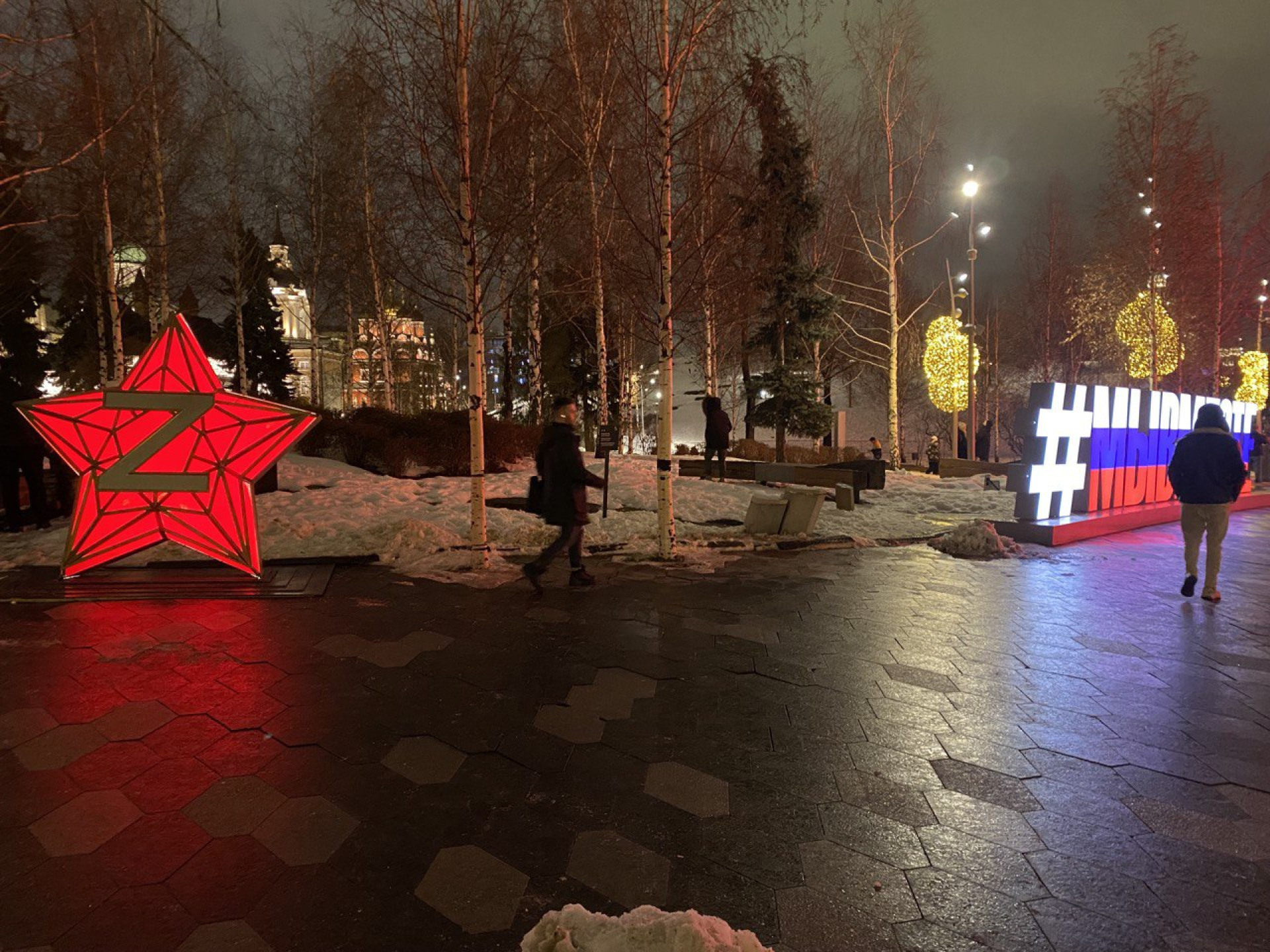 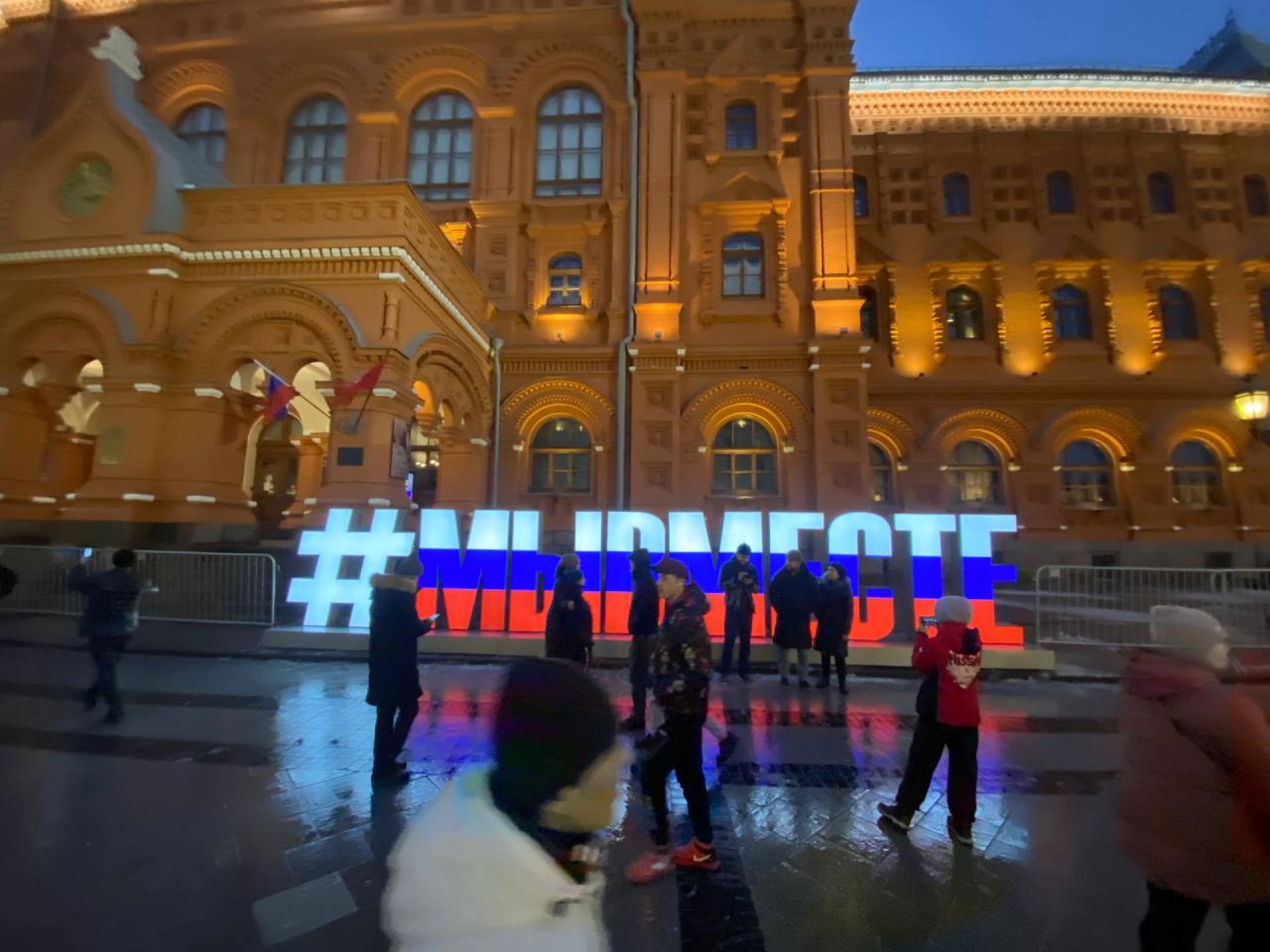 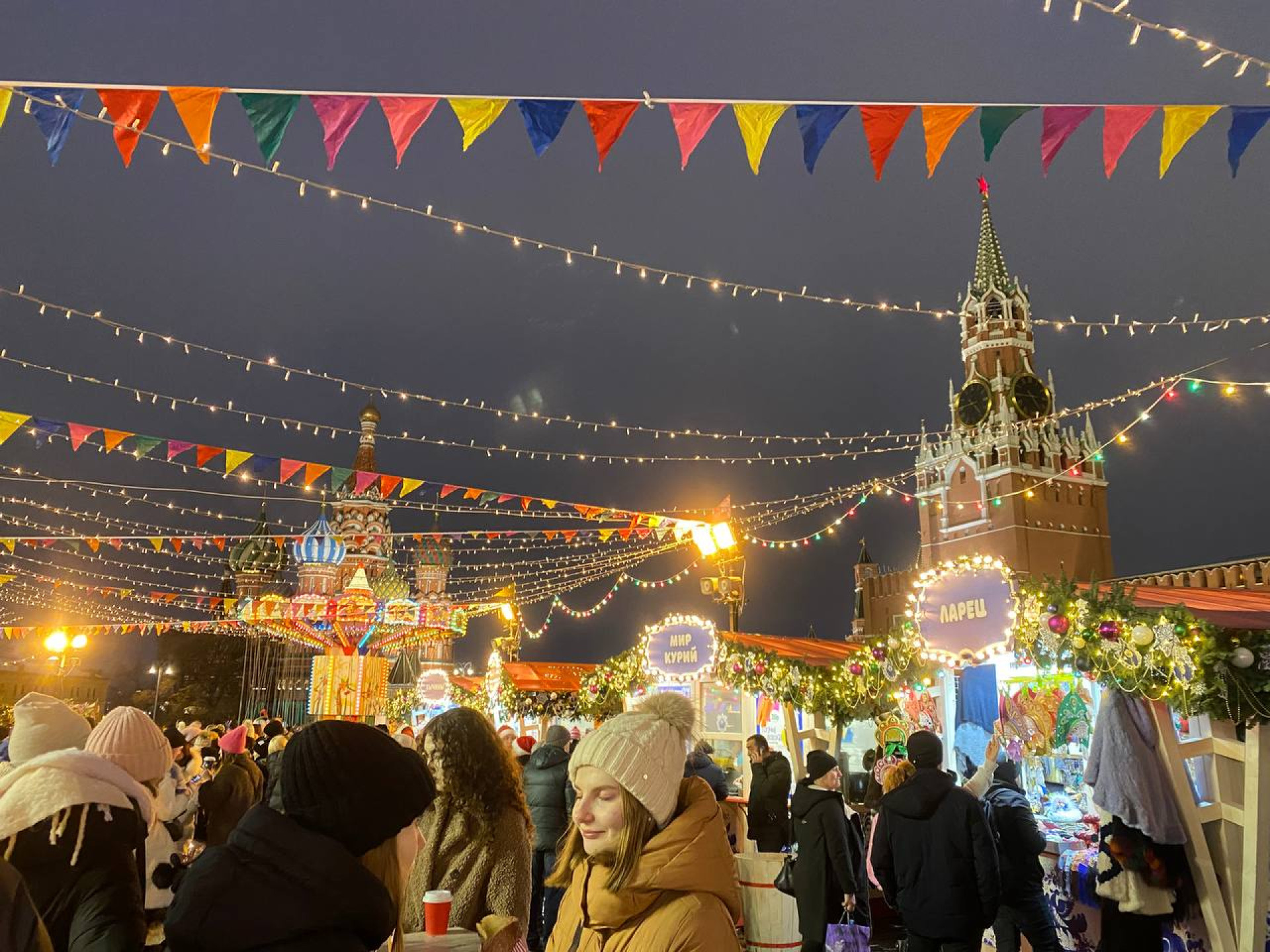 Russian military personnel attending the festivities on Red Square appeared confident Russia was on the brink of victory in Ukraine.

Volunteer soldiers Zviad, 44, from Georgia, Sadik, 30, from Tajikistan, and Guy-Sylvani, 41, from Côte d’Ivoire, told The Moscow Times they were being deployed in Ukraine next month.

“We expect victory by springtime... The Soviet Union is our common homeland so we’re here to fight for our countries too,” said Zviad in front of St. Basil’s Cathedral.

“A commonwealth of friendly states, including Ukraine, Belarus, Georgia and others will be together. We need to overcome these difficulties, then everything will be alright.”

There were fewer public celebrations in Moscow this year, compared to previous ones.

A couple in central Moscow, who declined to give their names, said they drove nine hours from the city of Belgorod near the border with Ukraine unaware that the fireworks in Moscow had been called off.

“They started this war, and now they’re depriving us of any fun,” said the man, who added that he regularly witnessed air defense systems operating near his home.

However, restaurants and coffee shops were packed Saturday along streets near Red Square, with few signs of any awareness that the Russian army had launched a barrage of missiles at Ukrainian cities just hours earlier.

At least one person was killed in the Ukrainian capital as a result of the strikes, according to local officials.

‘Where Are We Heading?’: Wartime New Year Prompts Russian Soul-Searching

Ukraine's President Volodymyr Zelensky said after the barrage that there would be no forgiveness for Russia.

"Several waves of missile attacks on New Year's Eve. Missiles against people... No one in the world will forgive you for this. Ukraine will not forgive," Zelensky said in a video message published on social media.

Putin has cast the war in Ukraine as an existential struggle in which Russia is battling not just Ukrainian forces, but much of the Western world.

In his televized speech, the Russian leader also said that "a real sanctions war was declared on us" after Western countries hit Moscow with a broad range of economic restrictions in response to military action in Ukraine.

"Those who started it expected the total destruction of our industry, finances, transport. That didn't happen," he added.

A Russian lawmaker has called for legal action against President Vladimir Putin for calling the conflict in Ukraine a "war" instead of using an official...
hero of the russian federation

Putin Declares Mobilization Over But Says ‘Unsure’ of Legalities

Schroeder has faced intense criticism for his friendship with the Russian president following Moscow's invasion of Ukraine.