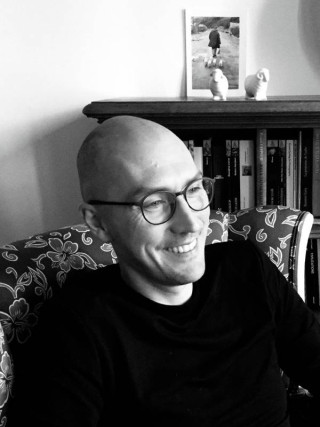 Moscow is holding elections for deputies to municipal councils later this week — up for grabs are more than 1,500 seats in 146 local councils. That sounds impressive, but these councils have little funding and little power.

Although the funding for municipal councils comes from taxes paid by people in the local area, the actual amount at the council’s disposal is determined by a complex system involving both the national parliament and the city legislature.

For instance, in Yakimanka district, where I am deputy chair of the council, almost 90% of our budget goes on five employees and the head of the municipality. Our annual budget is a mere 25 million rubles ($409,000).

So why would anyone run for a position on a municipal council in Moscow?

Most successful candidates to the councils hold prominent positions in the community — the head of a local school or, say, the chief doctor of a state hospital. For them it is a chore that comes with few benefits and a lot to lose if they don’t toe the mayor’s line. Councils with a majority of this kind of representatives have little or no incentive to seek to realize their electorate’s wishes, let alone lead them, if they are in conflict with the interests of the city administration. They vote as they are told.

Most unsuccessful candidates are from political parties. They don’t campaign or have any real interest in getting elected. Parties represented in the State Duma put names on the ballot just so they can report on their activity and ensure state funding for participation.

Then, there is a whole spectrum of independent candidates. These candidates have played the key role in raising interest towards local elections in Moscow and beyond. A successful election campaign in 2017 saw over 250 candidates being elected and achieving a majority in 17 councils. This “umbrella campaign” uniting disparate candidates was run by Maxim Katz, a blogger and campaign manager, with support of former Duma deputy Dmitry Gudkov. The campaign lowered entry barriers for the candidates by providing support with paperwork for registration, campaign management, advice and training.

Candidates ranged from renowned local activists to people such as myself, who just wanted to pitch in for a brighter future. It wasn’t until I was out knocking on doors during my campaign that I realized I really wanted to show people that elected representatives can genuinely be on the side of the residents and help find realistic solutions to local problems.

Very quickly the independent candidates grew into a close-knit community that shared experience and expertise to adopt best practices in our municipalities, such as developing horizontal links between activists to find solutions to problems.

One example is the clean air initiative “breathe.moscow” that I co-founded with another independent council member when the city pollution monitoring site went offline for almost six months. In four years, we built a crowdsourced network of air pollution monitoring devices. The network provides real-time, open-source data from over 200 devices maintained by the community. It is a reliable alternative source of information about air pollution and helps build support for policy changes.

We wanted to build on our successes and encourage more candidates to run in 2022. In our constituency we set up an advisory board to the council, which has been a good training ground for active local residents who might want to run.

Before the Russian invasion of Ukraine, there were at least four umbrella campaigns planned for the local elections in September, three of which ran “schools'' for prospective candidates. Unfortunately, the war has had a devastating impact on local elections in Moscow. Katz emigrated, and his “umbrella” projects came to an end. However, Mikhail Lobanov, 2021 State Duma candidate and Alexander Zamyatin, local council member, took up the mantle and launched a campaign called VyDvizhenie (We-Movement), which has more than 100 candidates registered to get onto voting ballots.

That is a rare bright spot. Independent campaigns led by acting council members in a few municipalities have fallen victim to lack of motivation brought on by the war. They were unable to get a full set of candidates registered for the ballot and are unlikely to win a majority, which was the goal for many of them.

And more than 30 active council members had their candidacies revoked after they were fined for publicly displaying “extremist symbols.” That bans them from standing for elections for a year. For example, the head of the Yakimanka district was sentenced for a Navalny organization “smart voting” sticker on his car. Footage from security cameras in the parking lot suggests it was put on his car by the same people who later became witnesses.

The candidates who have managed to get on the ballot face problems during the election itself, which has been extended to three days. It is extremely difficult to find independent observers for the entire period.

The last card up the sleeve of the Mayor’s office is electronic voting, which is impossible to monitor. If the State Duma elections are a guide, it will probably mean that all the authorities’ candidates will win.

Although it looks like there will be fewer independent council members in Moscow after the upcoming elections, I remain optimistic.

My work has taught me that you don’t need a special status to usher in positive change. I was amazed at how much my constituents have achieved through perseverance. Even though the plank to enter local politics in Moscow was raised again, active citizens will find a way to make a difference.

The accusation, although not directly aimed at the Kremlin, is likely to worsen already fraught relations between London and Moscow.
extended vote

Russian MPs Back Bill to Hold Polls Over 3 Days

Critics said elections held over several days would be more difficult to monitor and easier to rig.
THE PEOPLE’S GOVERNOR

Protesters told The Moscow Times they will continue rallying until their governor’s murder trial is held in Khabarovsk.
post-plebiscite address

Putin Thanks Russians for 'Support and Trust' After Vote

He made no mention of the fact that the changes also reset his constitutional term limit.