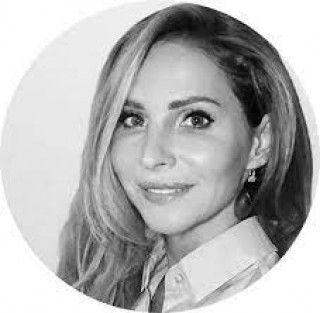 Europe’s purchasing of Russian energy commodities has been a bone of contention between Moscow and Washington since the Cold War. Historically, the U.S. side’s main objection was that Europe would become dependent on Russia, which was more than capable of using its position as an energy supplier to exert pressure on other countries. Today there is also an environmental argument. While the U.S. and EU authorities are taking increasingly strict measures to combat greenhouse gas emissions, Russia is essentially trying to preserve the status quo.

It will become increasingly difficult to ignore the difference between these approaches. U.S. President Joe Biden has made tackling climate change a priority, and the EU is soon to pass a new levy: the carbon border adjustment mechanism. Even China, Russia’s lifeline in its confrontation with the West, has announced ambitious climate goals.

The world’s biggest economies have pledged to become carbon-neutral: the United States, EU, UK, Japan, and South Korea by 2050, and China by 2060. Currently, carbon credit trading systems are being developed, in which one company buys emissions credits from another. The most developed of these systems is the EU Emissions Trading System (ETS), and impending stricter requirements under this system are already creating headaches for Russian business.

The system effectively forces companies that are responsible for releasing harmful emissions into the atmosphere to either use new technologies and diversify their energy supplies, or leave the market altogether. In response, some companies have simply moved production to other countries with fewer restrictions and continued to trade with the EU. To put an end to that, the EU has developed the carbon border adjustment mechanism.

Russia to Work With U.S. on Climate Change, Envoy Says

The final draft of the mechanism will presented in June this year. So far, three options are being discussed. The first is that countries trading with the EU would have to buy emissions permits from a quota, and would not be able to resell them, though the precise details of this option are still unclear.

The second option is to put VAT on all carbon-intensive goods. The third is to impose a fixed import tax on goods from countries that have not announced ambitious environmental plans. Russia could easily fall into that category, since it has so far announced nothing of the sort.

Some Russian companies are trying to lobby the EU for options that would be more acceptable to them. The aluminum giant Rusal, for example, suggests looking at the product itself and whether it meets EU environmental standards, rather than judging it on the country of production alone.

The Russian response to these changes has so far looked more like attempts to get around the new rules than willingness to become a responsible actor in the fight against climate change. This is largely due to the fact that Russia has no problem meeting the formal requirements stipulated by global agreements. Emissions reductions are calculated from a baseline of 1990, and the post-Soviet collapse of heavy industry means Russia can meet the requirements easily (the UN estimates that from 1990 to 2000, Russian emissions of greenhouse gases fell by 40 percent).

Yet this formal implementation of obligations is unlikely to be enough for much longer. Today, Russia is one of the world’s top ten emitters of greenhouse gases, accounting for about 5 percent of the world’s CO2 emissions. That’s twice as much per capita as the G20 average. And those calculations don’t take into account emissions from the oil, gas, and coal that Russia exports to other countries.

The scale of these emissions makes the Russian economy very vulnerable to Western environmental legislation, which could quickly get tougher with Biden in the White House. U.S. companies are preparing by accelerating research into carbon capture, but Russia lags far behind in this area.

It hopes to compensate for that through the carbon-absorption capacity of its forests. This is something that both the Russian government and business have talked about. But this is a doubtful strategy. The UN is in no hurry to equate boreal forests like Russia’s with rainforests, which are capable of absorbing a large amount of emissions. And in any case, factoring in any absorption would require transparent monitoring, which for now looks very unlikely in Russia.

All of this shows that without diversifying its environmental policies, Russia will find it virtually impossible to reduce its emissions at a steady rate. Yet it has no choice but to follow the global trend of cutting emissions.

Russia doesn’t even have its own system of monitoring emissions yet. The Russian government submitted a draft law to the Duma at the end of February titled “On limiting greenhouse gas emissions,” which envisages the creation of two registers: one of greenhouse gas emissions, and the other of carbon units. But an industry insider who has seen the bill says that even the first draft is extremely lenient toward industry, and is only likely to become even more so thanks to the strong oil and coal lobby.

There are, however, positive initiatives in Russia in this field, such as pilot projects to reduce emissions in seven Russian regions, Moscow’s plan to issue “green” bonds (loans for environmental projects), an agreement between BP and Rosneft to move toward carbon neutrality, and plans by individual companies (such as Lukoil, X5 Retail Group, and EN+) to become carbon-neutral.

Still, the overall impression is that for now, neither Russian business nor the government or society understands the problem of climate change and why they should be doing anything about it.

This lack of understanding could cost Russia dearly, not just in environmental terms, but also by becoming a new source of tension in relations with the West. International experts have questions about existing environmental initiatives by Russian business, particularly with regard to transparency and oversight. Russian business’s half-hearted participation in international coalitions on fighting climate change has also been criticized.

Western institutional investors are increasingly looking at companies’ environmental policies when deciding where to invest. In the future, this could result in far more serious problems and restrictions for the Russian economy than all the current Western sanctions.

This article was first published by the Carnegie Moscow Center

Ekaterina Moore is a fellow at the New York Center For Foreign Policy Affairs (NYCFPA).

Ekaterina Moore is a fellow at the New York Center For Foreign Policy Affairs (NYCFPA).
Read more about: Climate change

A Russian expert told The Moscow Times that sea-ice coverage is shrinking 10% each decade.
bubbling over

The finding is prompting concerns that a new feedback loop that accelerates climate change may have already been triggered.
'tipping point'

The warming works like “a sensitive trigger for a threshold-like permafrost climate change feedback,” the study's authors said.
Dirty business

Mining giant Norilsk Nickel has been linked to several recent environmental disasters in the Arctic.