Russian freediver Alexei Molchanov claimed to have set a new Guinness World Record on Tuesday after plunging 80 meters in the icy waters of Lake Baikal in Siberia.

Clad in blue diving gear, Molchanov dropped into a hole in the Baikal ice before coming back up smiling, winking and forming the OK sign with his hand, video footage showed. 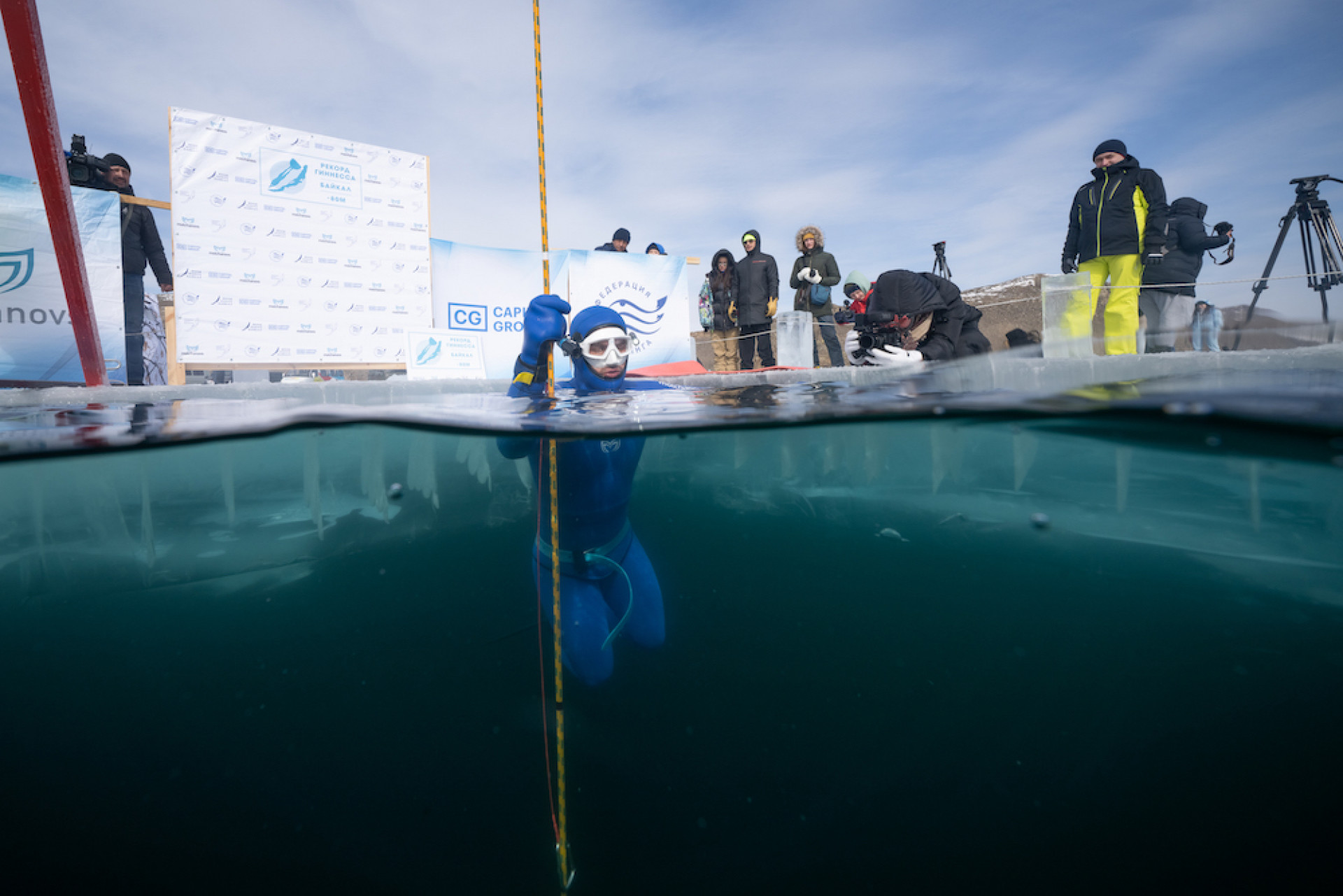 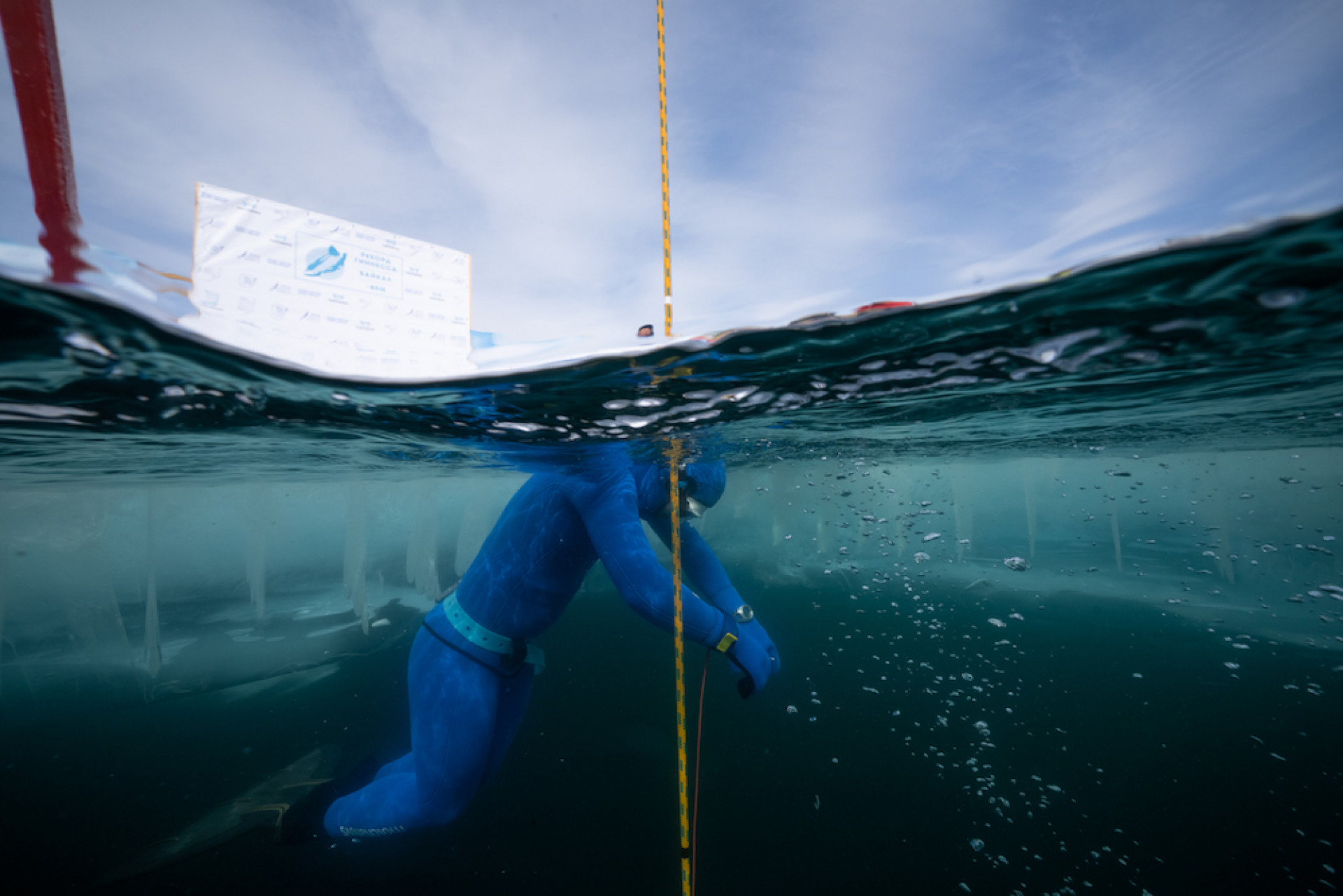 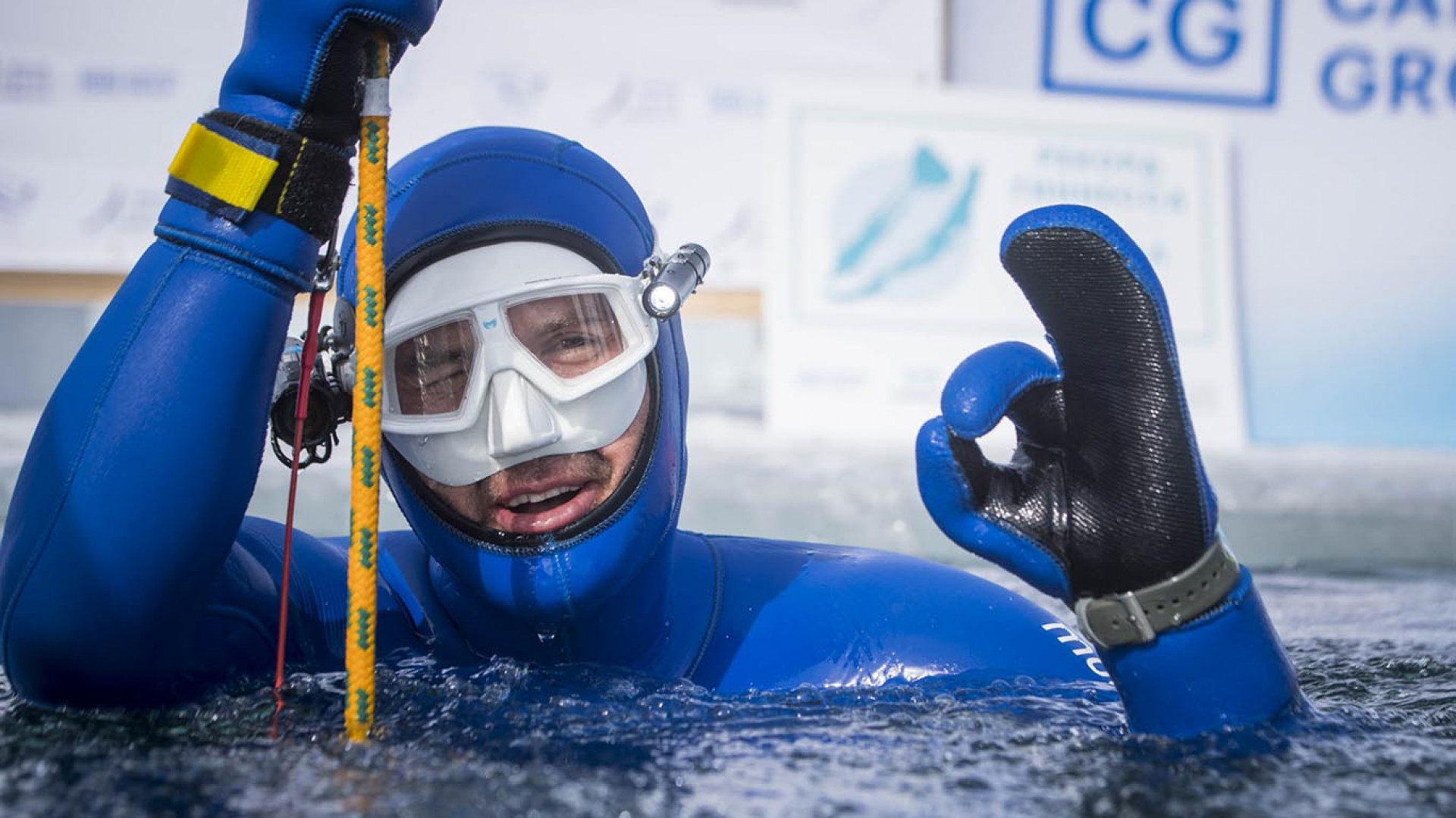 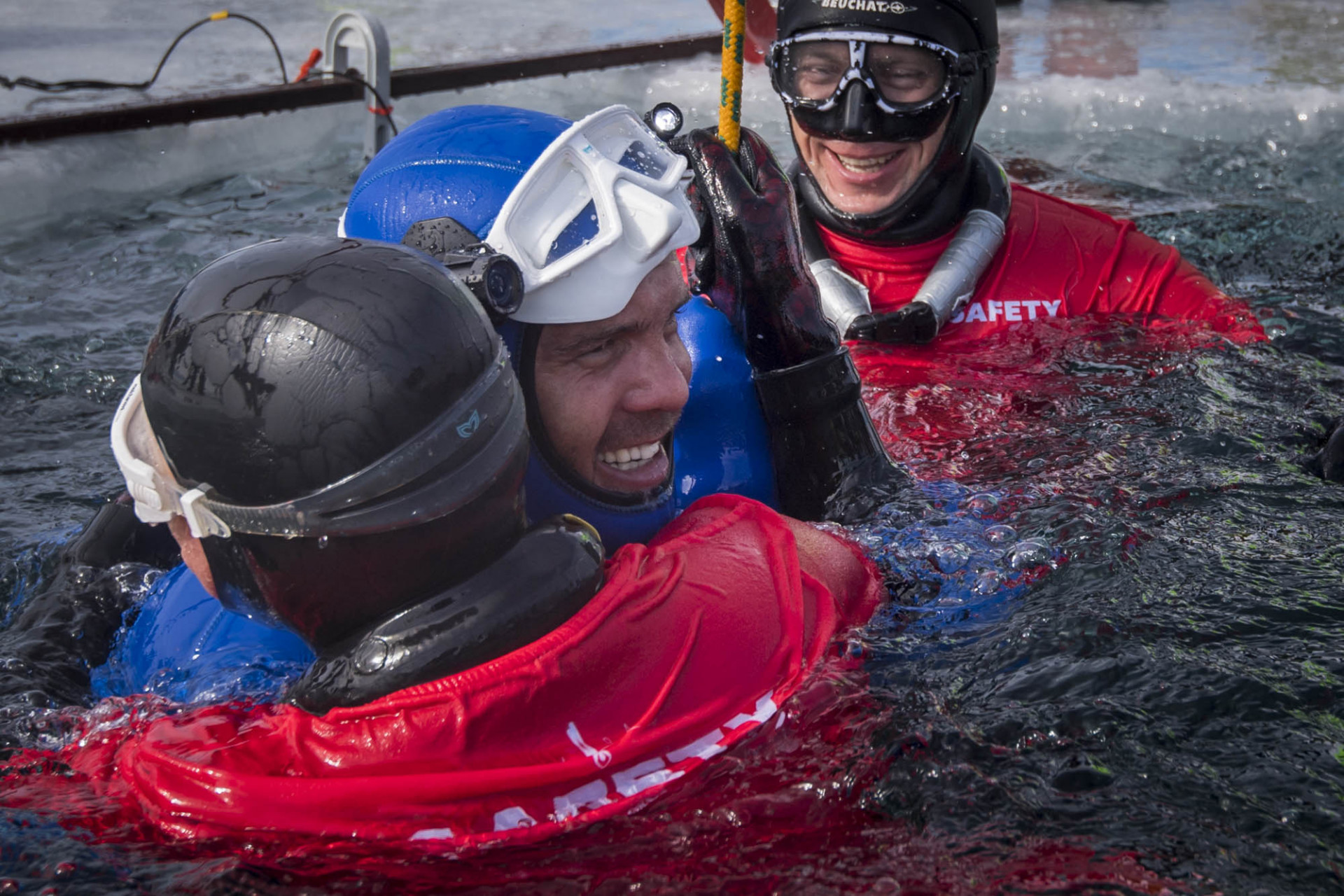 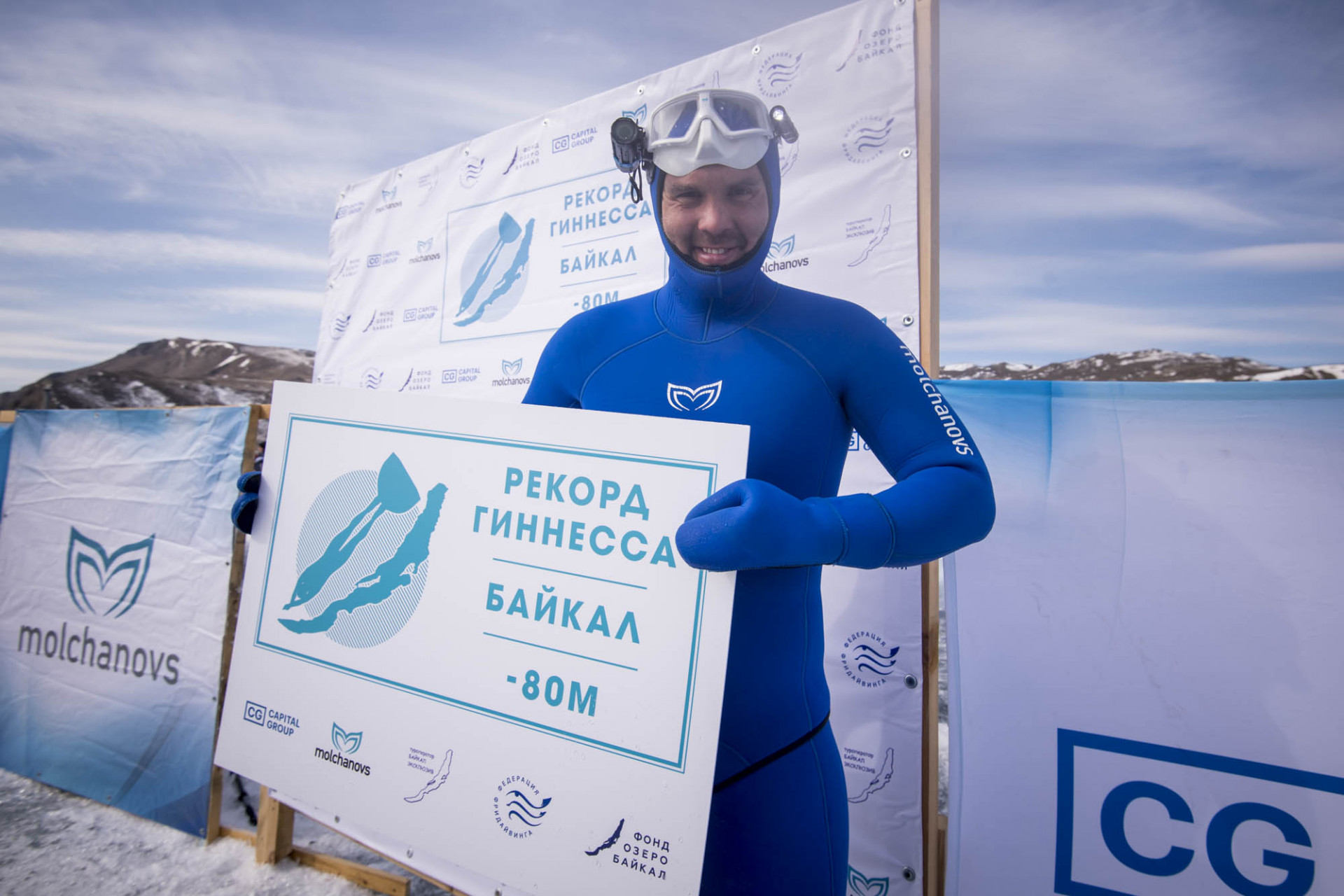 His team claimed it was the deepest ever freedive under ice.

"I would like to dedicate this new record to this amazing place where we are now. Baikal is a unique natural phenomenon and a living organism, which is important to preserve for future generations," the 34-year-old freediver said in a statement.

Igor Kobzev, governor of the Siberian region of Irkutsk where part of Lake Baikal is located, said on Instagram that the water was a chilly 3 degrees Celsius.

"With his dives, Alexei draws attention to environmental issues and the purity of water. What he's doing deserves respect," the governor wrote.

Lake Baikal, the largest and deepest freshwater lake in the world, has been suffering from increased algae growth, a boom in tourism, and the effects of forest fires in the surrounding wilderness for many years.

Russian swimmers have previously competed in icy swims across the lake's frigid waters to draw attention to the ecological threats it faces.

His mother Natalia Molchanova was also a freediver and during her career was described as possibly the world's greatest.

She went missing during a private lesson off the coast of Spain in August 2015 and was presumed dead a few days later.

The coronavirus situation in Nurmagomedov's home region has been described as a "catastrophe" by officials.
try your luck

With Sports On Hold, Russia's Gamblers Bet on Coronavirus

Russians are betting on the likelihood of a Covid-19 vaccine, the chances of a Moscow lockdown and more.
WINTER ROMANCE

People from all over the world came to test their athletic prowess and take in the beauty of Baikal’s icy landscape.
Sport

Russian Football Coach: We All Said It Together – We Are S**t

The former coach of Russia’s national football team has revealed the painful discussions that took place following the team’s dismal performance at...