A military-patriotic children’s playground in northern Russia has rekindled debate over the militarization of young Russians amid President Vladimir Putin’s efforts to cement patriotism as a unifying national idea.

Social media users were divided after images of the “Silovichok” playground, which opened this summer in the city of Arkhangelsk, circulated online this week. They depicted tank-shaped merry-go-rounds, warplane-shaped jungle gyms and other equipment painted army green and featuring other military symbols. 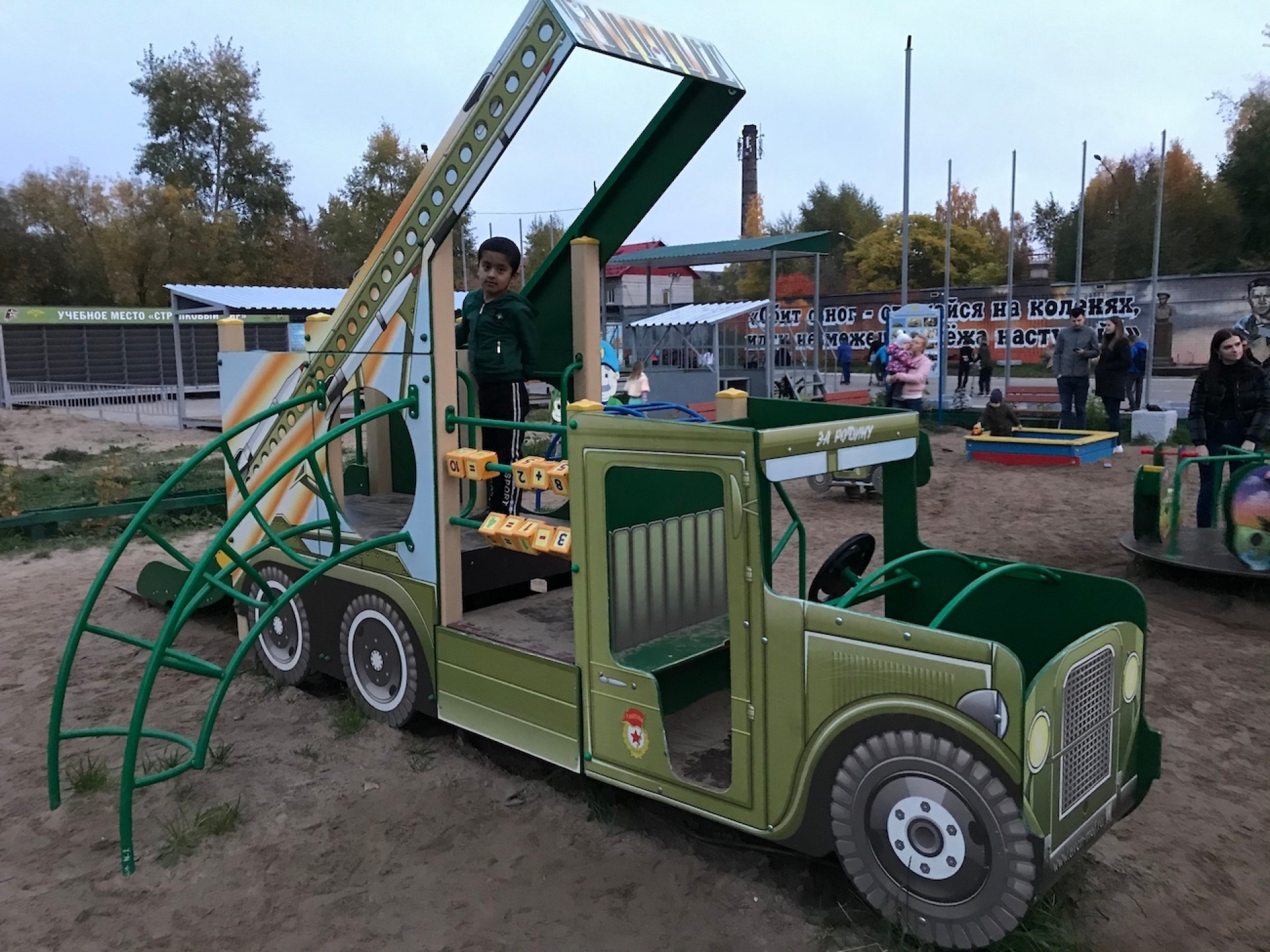 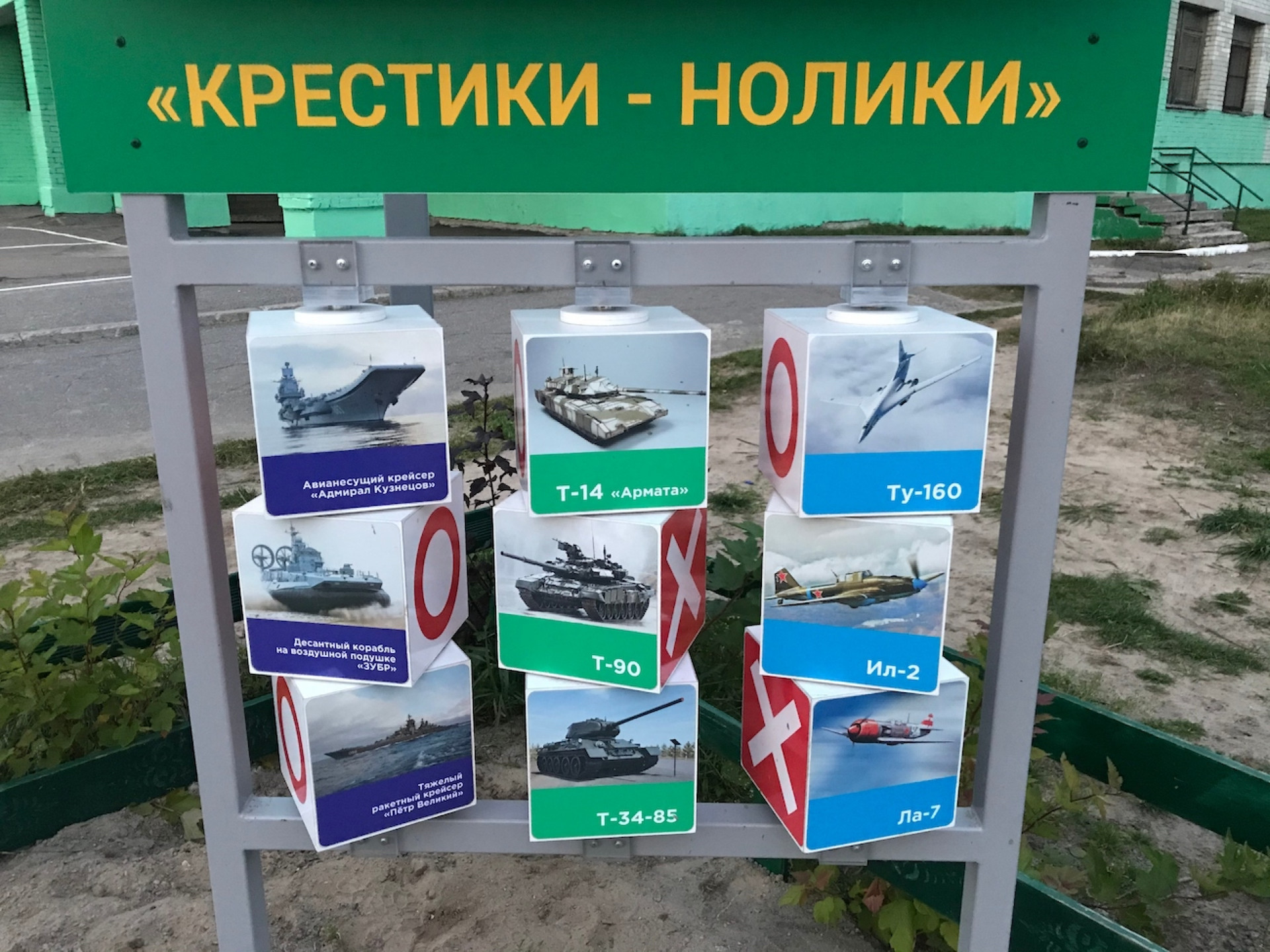 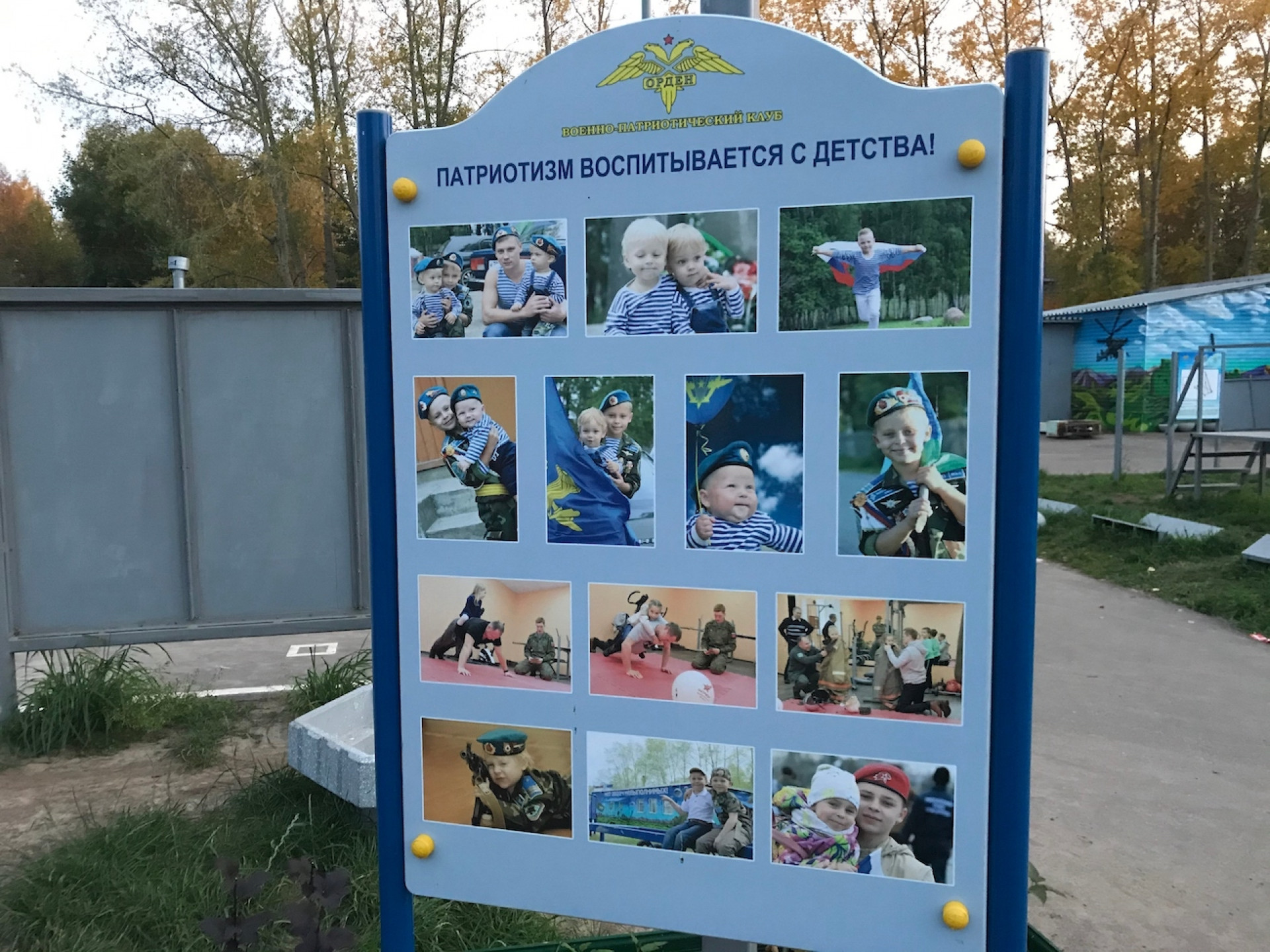 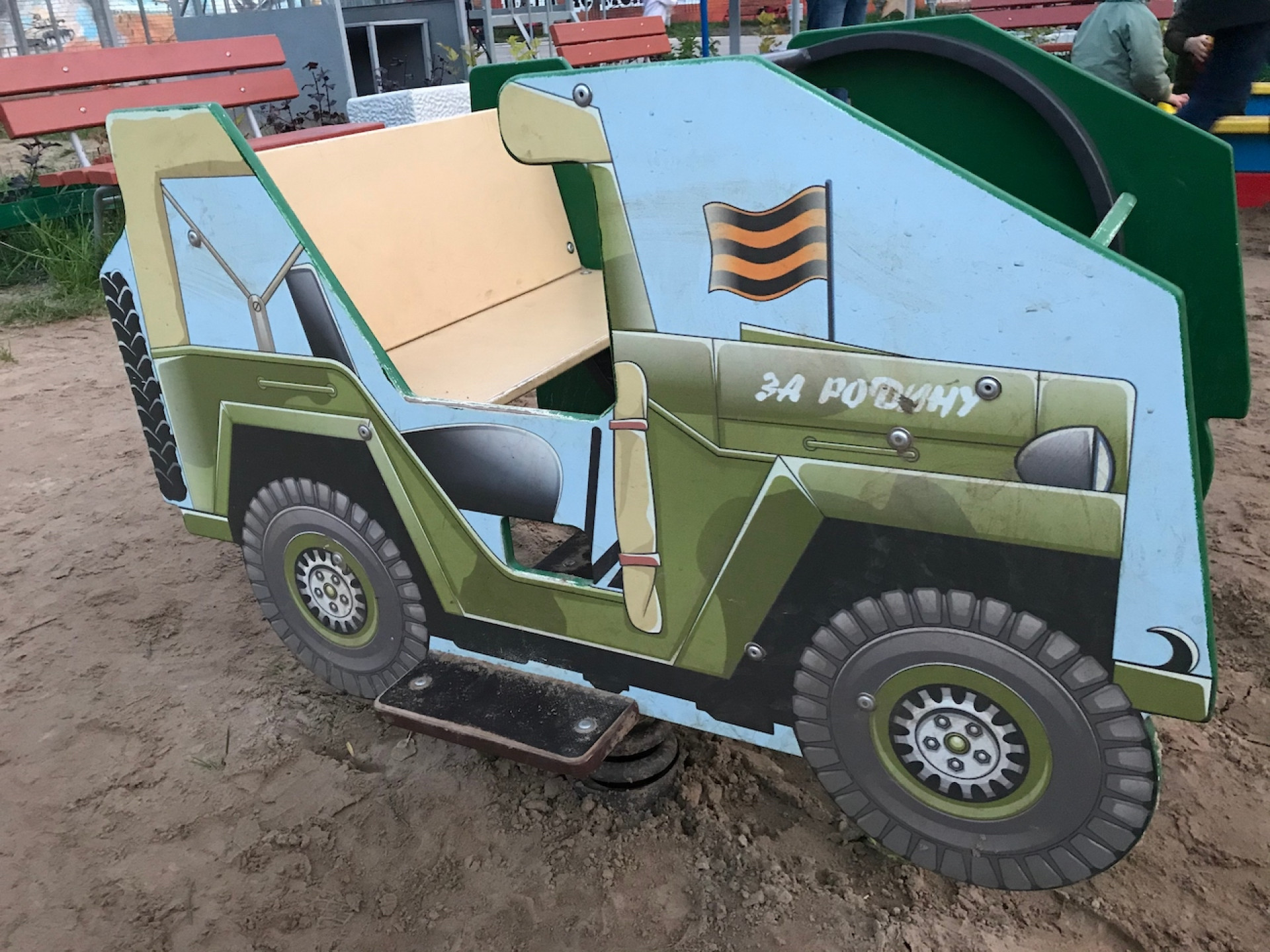 “They’re not instilling patriotism from childhood but love of war,” wrote the popular urban activist and blogger Ilya Varlamov, commenting on a sign at “Silovichok” that depicts children wearing uniforms.

The playground’s creators dismissed the criticism as a product of the liberal opposition that supports Kremlin critic Alexei Navalny. Navalny, 44, is recovering in Germany after what Berlin said was a poisoning attempt by the nerve agent Novichok.

“We’re not dragging anyone here by force. Find another playground if you don’t like this one,” Vlasova said.

She added that “Silovichok’s” creation was inspired by the 75th anniversary of the Soviet victory over Nazi Germany in World War II.

The word “Silovichok” is a diminutive of the Russian silovik, a member of the military or security services within the government bureaucracy.

Heated debates over the militarization of the Russian youth date back to Putin’s establishment of the Youth Army in 2015, which has drawn unfavorable comparisons to the Hitler Youth.

These efforts have been accompanied by an increasing number of news reports of Russian schoolchildren being taught to assemble weapons and marching while donning military uniforms and holding mockups of rifles.

Some 4,000 people put on their most historically accurate uniforms to re-enact the famous Soviet military parade.
Assigning a motive

The soldier does not regret his “deliberate” actions that killed eight fellow servicemen, his father told Russian media.
Reinforcement

The military police, from the southern Russian region of Chechnya, will help with the withdrawal of Kurdish forces of the Syrian-Turkish border.
Riot control