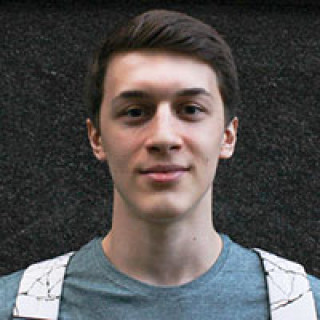 By Yegor Zhukov
Sep. 3, 2019
Yegor Zhukov is a 21-year-old political science student currently awaiting trial for participating in a protest rally calling for free elections in Moscow in late July. He faces up to 8 years in prison and wrote this letter from pre-trial detention.

On Tuesday, Zhukov was charged with public appeals for extremist activity committed with the use of the internet.

The change of power in Russia will be very similar to my arrest. On the night of Aug. 2, when the longest day of my life finally ended and I laid down on a hard bunk bed in an isolation cell of a detention center, the similarity of these two events suddenly became clear to me.

And while my cellmates slept — one young and one middle-aged man who were facing prison terms for armed robbery — my tired and screaming brain continued to draw parallels….

However repressive the ruling regime is, however widespread lawlessness becomes, you never think that you, of all people, will be arrested. People tend to believe that the reckless automobile will plow into someone else, that the brick will fall on someone else’s head and that the undercover operative will come knocking on someone else’s door.

All our lives, we drive away unpleasant thoughts, hoping and praying for a happy conclusion. Of course, I grew fearful with the news of each new arrest in connection with the rally on July 27, but each time I would calm myself with these thoughts:

“But that fellow scuffled with a policeman. I didn’t touch any policemen.”

Or: “That guy holds an important position in the campaign headquarters of an independent candidate. I don’t hold any position of that type.”

Or: “They found a hammer in his backpack. I didn’t bring any hammers to the rally.”

A Student Arrest Puts Elite Moscow University to the Test

And then came the frightful sound of someone ringing my doorbell, just as I had, unfortunately.

In fact, the change of power in Russia will happen in exactly the same way. Countless times I’ve heard people say: “Nothing will ever change here.”

Even though the Russian people changed their system of government at least three times in the last century, they now have the reputation of being a passive mass of helpless humans.

People of all stripes say: “This is our mentality — we’re like slaves. Maybe the people in this or that country stand up and fight against injustice, but nothing like that will ever happen in Russia. Democracy will never come here. Putin will never step down. Russia will never be free!”

But that day will come — and just as suddenly and unexpectedly as the plainclothes officer who appeared at my door.

What we once thought was impossible will suddenly happen. And in retrospect, it will appear to have been inevitable.

After the government operative entered my apartment, events moved very quickly. About 10 more agents arrived to examine the contents of my cabinets, shelves and desk drawers.

As an investigator held me in one room and refused to let me call a lawyer until I signed a paper he was holding, two other operatives reeking of alcohol discussed ways to intimidate me.

And while a pair of policemen complained to each other that they certainly wouldn’t get enough sleep that day, others brought neighbors in from across the corridor as witnesses to the search.

The situation was changing from minute to minute.

In such a situation, one must focus his attention and muster all his strength to keep things under control. You must watch the operatives to make sure they don’t plant anything, carefully read every document before signing it and weigh your every word during the interrogation.

And if you have enough strength, you can take a moment to convince several police officers that you are not an agent of the U.S. State Department and are completely sincere in your actions.

And won’t events unfold in just the same way when the turning point comes for our country?

We will have to make decisions quickly. Every minor mistake will, like the “butterfly effect,” have repercussions for the future of the country.

We are contending with a great many people whose job it is to stop us and bury our dreams. We will have to not just defeat authoritarianism, but also lay the foundation for our future success.

Aug. 2, the longest day of my life, finally came to an end, but my journey within the Russian prison system had only just begun. Almost one month has passed since then. What do I see? Ever more similarities and parallels between my circumstances and those of the country as a whole.

Honestly, this has not been easy. I have learned firsthand just how fragile human life is and how easily the state can destroy it. It has become clearer than ever to me that Homo sapiens have no greater enemy than the other members of their species. The world in which I now live exists for a single purpose: To strip humans of their humanity.

This, by itself, means little. It doesn’t take a rocket scientist to recognize injustice. It would be easy to lapse into self-pity. But if one stops complaining and shifts perspective, looking for the hidden opportunities behind the difficulties, then time in prison becomes a fruitful experience.

Where, better than here, could I develop my communication skills? Where else could I better learn to cope with constant change (four different prison cells in two days), uncertainty about my fate and a constant stream of new details and people?

Just two days of this tires you out so much that you stop feeling fear. Finally, where else could I better witness how little support Putin actually has among the Russian people? And I’m talking about people on both sides of the political fence.

The incarcerated — who the “tsar” has removed far from his sight — and their jailors — who complain about the absence of fair elections in Russia — are both part of the same trend. That trend is taking us towards a result that will be very similar to my time in prison. Like my current trial, it will be a difficult test for the country, but it will open up many amazing opportunities.

I never tire of repeating: The Russian government is, itself, the most effective opposition force. In trying to intimidate society, it only angers people even more. Attempting to crush the protest movement with trumped-up charges, it only inflames greater protest. Trying to restrict my freedom by putting me in prison, the authorities have only prepared me for the time when they are no longer in power.

Still, I really want to be free. Not for my own sake, but because I want to join you.

You, who are standing in solitary pickets and taking part in numerous rallies. You, who are fighting for the release of political prisoners and the liberation of our country.

I want to be free because I genuinely miss you.

Top Economist Who Fled Russia Will Continue to Support Democracy

How the Moscow Protest Cases Are Changing Russia’s Justice System

The state's aim is to create a climate of fear and uncertainty.
protests

Hundreds of protesters have demanded a re-run of last weekend’s vote in Far East Russian city where a pro-Kremlin candidate was elected mayor.