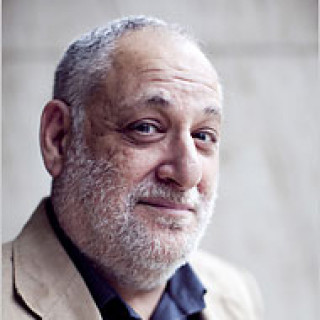 Vladimir Putin is considered by many Western leaders to be a toxic and dangerous figure. But in Israel, courting Putin has served Prime Minister Benjamin Netanyahu well; it may even help his re-election next week.

Netanyahu flew to Moscow Thursday, five days before the election, and was beaming as Putin dropped a bombshell at a joint press conference. Putin revealed that it was Russian soldiers in Syria who had discovered the remains of Staff Sargent Zachary Baumel, which were returned home on an El Al flight. Baumel had been listed as missing in action since the first Israel’s first war in Lebanon, in 1982.

The return of Baumel’s body has riveted the public. The armed forces are composed mostly of young conscripts, and the Israeli Defense Forces have made an almost sacred principle of leaving no one’s son or daughter on the battlefield.

The failure to find and return the bodies of Baumel and two other soldiers who fell in the same battle, was a blow to that ethos. But after 37 years, most people considered it a lost cause. On Wednesday, surprised and astonished, the country rejoiced.

Netanyahu responded with gratitude. “Two years ago, I asked you to help us find the bodies of missing Israeli soldiers and you responded in the affirmative,” he said to Putin. “I want to thank you, my friend, for what you have done.”

Putin has a friend in Bibi Netanyahu, and maybe even a soulmate. In Moscow, Bibi proclaimed their “shared values.” These include personal ambition, a love of power, nationalism, a Hobbesian view of human nature and a scant regard for the conventions of the “international community.”

The two leaders also have common aims of a more practical variety. They include getting Bibi reelected for a fifth term. He’s ahead in the polls but he isn’t one to take things for granted. The proximity of Baumel’s return to the election may be, as Bibi maintains, coincidental. Even in the unlikely event that this is true, his reception in Moscow was an unmistakably valuable gesture of political support by a man with clout.

The Russian president may be hated in London and Paris, but he is popular among Israel’s million or so Russian-speaking citizens. Putin’s displays of good will are a welcome contrast to decades of Soviet hostility. Most important, Putin has not so far prevented Israel from fighting Iran-sponsored forces in Syria and Lebanon.

Partly this can be attributed to Netanyahu's special relationship with Putin. He has made it a central talking point in the campaign. By contrast, his chief opponent, General Benny Gantz of the “Blue and White Party,” is bereft of foreign policy experience, let alone a personal connection to Putin (or to Donald Trump, another Friend of Bibi).

Trump, who recently recognized Israel's annexation of the Golan Heights, doesn’t seem to want more than affection. Putin, however, expects a return on his investment.

On a tactical level, Putin wants to prevent Israel from interfering with his effort to stabilize the Assad regime in Syria. This is largely a matter of coordination and communication between the IDF and the Russian military. Israel has also accepted the fact that Russia will have naval bases on the Syrian coast of the Mediterranean.

Putin, of course, is a strategic thinker. An announcement of Trump's much touted “Deal of the Century” for the Middle East is expected soon. My guess is that the Russian leader would like to be a part of that negotiation. If the Palestinians turn down the Trump Plan, as they are threatening to do, the U.S. and Russia could use the occasion to establish a new regional order, based on superpower spheres of interest.

This kind of diplomacy requires a broker, someone who has experience with the issues at hand, strong motivation to close the deal and the trust of both parties. Bibi will take his brokerage fee in West Bank real estate.

You never know where detente might lead. At the top of Putin’s wish list is U.S. recognition of the Russian annexation of Crimea. This suddenly seems more realistic, now that the U.S. has established the precedent of unilateral recognition of Israeli sovereignty in the Golan Heights.

Naturally, such a move in Crimea would incur the wrath of the EU, but the current American administration seems indifferent to European outrage. Obviously, the U.S. would expect something in return. If Trump has nothing in mind right now, Pompeo and Bolton will think of something.

Bibi could broker that deal, too. But first, he has to get himself re-elected. His next campaign stop will be the long overdue funeral of Zackery Baumel, in Jerusalem. The ceremony will, of course, be televised.

This opinion piece was first published by Bloomberg View

Zev Chafets is a journalist and author of 14 books. He was a senior aide to Israeli Prime Minister Menachem Begin and the founding managing editor of the Jerusalem Report Magazine.

Zev Chafets is a journalist and author of 14 books. He was a senior aide to Israeli Prime Minister Menachem Begin and the founding managing editor of the Jerusalem Report Magazine.

Thanks for signing up!
Read more about: Putin , Israel

Putin "called on the parties to de-escalate tensions and peacefully resolve the emerging issues" in a call with Turkey's Erdogan.
PRESIDENTIAL PARDON

An estimated 1,300 survivors of the 872-day siege currently live in Israel.
political limbo

Putin Hangs Netanyahu Out to Dry Over Hashish Jailing

Putin has snubbed repeated requests from Netanyahu to free Naama Issachar, sentenced to 7 1/2 years in jail for carrying a small amount of hashish.