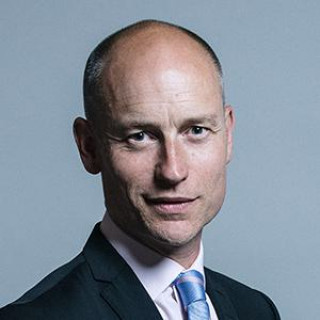 I remember my first flight to St. Petersburg in May 2005 as clearly as if it were yesterday. I was on my way to take up my post as Director of the British Council’s operations in St. Petersburg, and felt a palpable sense of hope, combined with a healthy dose of trepidation.

I was looking forward to improving my Russian and getting settled into my new life in St. Pete, as we fondly referred to it. But I was also wondering what the coming years had in store for me, given the parlous state of the bilateral relationship.

Equally memorable, but for very different reasons, was my flight out of Russia in January 2008.

The British Council had become a pawn in the stand-off that followed the assassination of Alexander Litvinenko by two state-sponsored hitmen in central London, and the Russian Foreign Ministry had forced us to close our St. Petersburg office.

Fast-forward ten years, and it is deeply depressing to see history repeating itself. This time the weapon of choice was a nerve agent rather than polonium-210, but in essence the attempted murder of Sergei and Yulia Skripal is a repeat of the Litvinenko outrage. And the British Council has once again been dragged into the ensuing meltdown in bilateral relations.

The British Council is not a political organization and it has no hidden agenda. Its sole purpose is to build long-term relationships between the people of the United Kingdom and other countries.

Hard-wired into the DNA of every single person who works for the Council is the profoundly held belief in mutuality, and in the power of educational and cultural exchange as a vehicle for building trust.

British Council staff know that a relationship is a two-way street. They are not in the business of shouting from the rooftops about what a perfect and wonderful country Britain is; they’re not preachers, they’re listeners. They are passionately committed to dialogue, and to creating opportunities for learning and constructive, honest debate.

Take the U.K.-Russia Year of Language and Literature, which reached millions of Russians – with similar work done in the U.K. – and the many strands of the Shakespeare Lives project, which have helped spread an understanding of British culture and literature.

At the same time as this, the British Council has worked to promote U.K.-Russian scientific research and collaboration, building strong links in areas of scientific excellence for Russia and the U.K. with the U.K.-Russia Year of Science and Education.

The purpose of the British Council, as stated when our two great nations stood side-by-side against Nazism in 1941, is to work to create the “basis of friendly knowledge and understanding.” And it is hard to think of a time where that was more desperately needed.

The assassination of Litvinenko and the attempted murder of the Skripals are brutal and cowardly acts, directed by the Russian state, and the Kremlin must pay a price for its actions.

That is why I have called for this year’s World Cup to be postponed to 2019 and hosted by a different host country or countries, and why I am working to see the passage of a full Magnitsky Act so that we can target sanctions at global bad actors, particularly those who are stealing from the Russian people and laundering their ill-gotten gains through British banks and London property.

My fervent hope is that one day it will be possible to re-establish the relationship between the Russian and the British governments, but that will only be possible once the Kremlin has faced up to the costs and consequences of its actions.

In the short term, the relationship between our peoples has been damaged. If the World Cup does take place in Russia this year, it will inevitably have the dark cloud of attempted murder hanging over it, and there can be no doubt that the behavior of a government always impacts on broader perceptions of its people and their place in the world.

Let’s be clear: the ruthless state-sponsored hits on Litvinenko, politician Boris Nemtsov, journalist Anna Politkovskaya, the Skripals and so many others were not carried out to protect or promote the interests of the Russian people. They were carried out to protect and promote the interests of a narrow, corrupt elite who will stop at nothing to cling onto power, and who will crush anyone who crosses them, or who stands in their way.

But millions of Russians reject the nationalism, authoritarianism and isolationism of the Putin regime. The Russian people love engaging with the U.K., and it is through those people-to-people connections that we can begin to re-invent the bilateral relationship, from the bottom up.

So rather than closing down avenues for engagement we should redouble our efforts.

There is a hunger in both Russia and the U.K. for precisely the sort of cross-cultural exchange and trust-building programs that the British Council so brilliantly delivers.

And it is equally important that the British people develop a better understanding of Russia culture, history and identity.

A wise person once said, “you can leave Russia, but it will never leave you.” It is a fascinating country of contradictions, extremes, suffering and joy, and I’ll never forget my time there.

The Council offers a safe space for Russians and Brits from all walks of life to engage, discuss and reflect on what really matters to them. Let us hope that it will one day be possible for it to continue its vitally important work.

Stephen Kinnock is the former Director of the British Council’s operations in St. Petersburg and now a Labor Member of Parliament for Aberavon in the United Kingdom. The views and opinions expressed in opinion pieces do not necessarily reflect the position of The Moscow Times.

If Moscow were the true successor to Kyiv, the world might look very different.
opinion Boris Minaev

Gennady Burbulis had two careers: a short one in government and a long one behind the scenes.
opinion Tatiana Stanovaya

Life After Putin: What Happens if the President Dies?

The legal procedure for the succession is clear, but the political context is far more complicated.