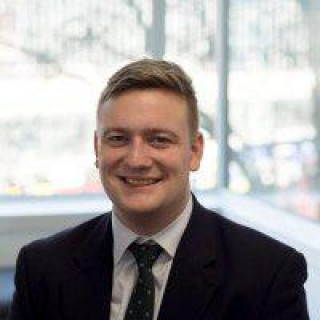 Russia’s elite is in a frenzy over the imminent publication of what has been dubbed the U.S. government’s Kremlin Report, which will set out the net worth and sources of wealth of senior political figures and oligarchs in the country.

In advance of the report’s launch, expected Jan. 29, Russia’s rich and powerful are widely reported to have engaged in frantic lobbying, letter writing and legal consultation in the United States to ensure they remain omitted from the document.

Posing an unprecedented challenge to Russia’s current elite, the Kremlin Report stems from the Countering America’s Adversaries Through Sanctions Act that President Donald Trump signed into law in August 2017. Section 241 of the legislation mandates the Secretary of the U.S. Treasury, in concert with the Director of National Intelligence and the Secretary of State, to submit to Congress what essentially constitutes a due diligence report on Russia’s wealthiest citizens.

This task was to be completed within 180 days and achieved by examining their political connections, family assets, offshore holdings and beneficial ownership of core business assets, as well as assessing what impact secondary sanctions on these individuals would have on the Russian and U.S. economies.

This is not the first time in the history of modern Russia that a list of rich and influential Russians has caused a stir.

Almost 14 years ago, on July 9 2004, Russian-American journalist Paul Klebnikov was murdered outside Forbes Magazine’s Moscow office, a victim of a contract killing. Klebnikov had compiled the Golden Hundred, Russia’s first ever authoritative rich list based on meticulous examination of financial data, and had begun to investigate cash flowing to and from Chechnya.

Nine bullets fired into the Moscow night were a gruesome reminder of how desperate the newly minted oligarchs were to keep their riches a secret.

Although not limited in scope to wealthy Russians, the individuals mentioned in the Kremlin Report are likely to have similar backgrounds to Klebnikov’s Golden Hundred: fabulously rich, close to the center of power and in control of a vast proportion of Russia’s wealth.

Just over two decades ago, Russia was under the yoke of the Semibankirshchina, a group of bankers who famously claimed to control more than 50 percent of the country’s economy. Several of the bankers and many of the Golden Hundred are prime candidates to be included in the Kremlin Report, while others have faded into insignificance.

These days, the names of Russia’s wealthiest may have changed, but the collective value of their assets has ballooned. The total net worth of the Golden Hundred in 2004 was $139 billion. One report in 2017 estimated the current amount of Russian riches squirreled away overseas to be approximately $1 trillion. The lion’s share of this is likely to be concentrated in the hands of a select few.

Business and politics have always gone hand in hand in Russia. Many businessmen have moved on to enjoy political careers, protected by the legal immunity afforded by a seat in Russia’s Federation Council that they rarely warm.

At the same time, numerous former politicians and apparatchiks have found themselves sitting atop considerable business portfolios, having once dutifully served the Soviet Union.

More than a few blushes

If undisclosed assets are to be revealed by the Kremlin Report, there could be more than a few blushes among Russia’s elite, especially if it appears that they have failed to comply with the Russian president’s 2014 de-offshorisation legislation that seeks limits on capital flight, a reduction in the manipulation of offshore structures and the return of Russian-domiciled assets to Russian jurisdiction.

On a number of occasions, Putin has called for assets to be repatriated, recently proposing an amnesty programme for those who have used offshore accounts. However, many members of his inner circle continue to bank abroad.

The Kremlin Report will be an even bigger headache for the Russian elite in the West. As Russians, they would have faced rigorous checks as part of client-onboarding procedures at Western financial institutions.

Being named in the forthcoming report could well be the death knell for a number of financial relationships in the West. The U.S. Treasury’s document has no declared legal consequences; however many media outlets have already interpreted it as akin to a new sanctions list.

For those who have worked painstakingly to manage their reputations through philanthropy, a new home, or even a change of name, being linked back to Russia, or Putin, in a U.S. government report could have profound effects on their standing and their bank balance.

In 2004 Klebnikov, as part of his methodology, assigned all the shares distributed among an entrepreneur’s family to its head, aware of how businessmen protect and obfuscate their control of entities through familial ties.

A key feature of the Kremlin Report will be the inclusion of family members. This should reveal how many of Russia’s wealthiest transfer assets to their wives and sons in order to allow them to keep their business portfolios at an arm’s length. It could also mean that multiple members of one family may face the same difficulties and scrutiny when attempting to do business in the West.

Ultimately the Kremlin Report, while not a traditional sanctions tool, has the potential to apply a level of pressure on Russia’s plutocrats that has not been seen in the past.

The report could prevent Russian businessmen deemed to be close to the Kremlin from opening bank accounts, owning assets overseas and possibly even travelling abroad. All the while, the U.S. does not have to apply a formal sanctions designation to an individual, an action that typically has major political consequences.

Septimus Knox is a senior analyst at Alaco business intelligence consultancy. This op-ed was first published in BNE Intellinews.

The views expressed in opinion pieces do not necessarily reflect the position of The Moscow Times.
Read more about: Sanctions

The sanctions related to Crimea can only be lifted if Crimea returns to Ukraine, she said.
Cuba potential

The van maker is suffering under U.S. sanctions.
Sanctions pressure