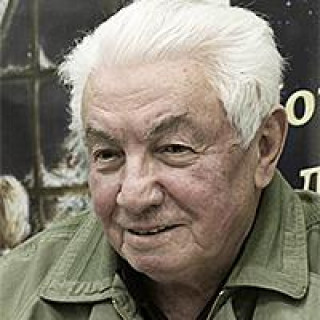 First the state was afraid of flyers — and in the end, the state bled itself dry fighting against them and revolutionary newspapers.

Then the government fought against radio stations: The state feared them, jammed them, and scared people with them. In the end, people were curious about those “enemy voices” — after all, if they were being jammed, it meant they were saying something important.

The Soviet Union decided to fence themselves off from criticism by jamming, but it didn’t work. Foreign radio stations were called subversive for a reason. To a great extent, they subverted the strength of the U.S.S.R.

A long time ago, when the government was first talking about introducing personal computers in the Soviet Union, I wrote an article about EEP – “Electronic Enemies of the People.” I said that if the Soviet Union hadn’t learned how to make radio jamming work, they’d never figure out how to deal with computers. The state always needs lies. A computer would be more likely to burst into flames than to lie, which meant that it was incompatible with Soviet power.

In some sense, the reasons and consequently the methods of media censorship both then and now are quite similar: the state doesn’t want to let people find out true information. In exile I worked with Radio Liberty, where my goal was to tell Soviet people about their own lives.

Once I met a former military man from the Far East. In the West he had already read works by Alexander Solzhenitsyn and made a discovery: it turned out that that there were millions of prisoners. I said to him, “When you were serving in the Far East, how could you not notice that there were prison camps all around?” He thought about it and replied, “You know, you’re right!”

That’s a feature of totalitarian systems: People live in them and don’t know anything. It’s the same way Germans didn’t know anything about themselves, about their lives and the horrors of Nazism.

So when people listened to Western radio stations, they weren’t so interested in finding out what was going on outside their country. They wanted to learn about themselves.

Authoritarian regimes don’t have any other way to protect themselves ideologically except by banning anything that is unfavorable. That is the nature of this method of governance. Thus foreign agents are “born” and spread around unwelcome information.

The state is once again making itself incompatible with new technology. You could say that the internet is undermining its authority, but really the state is being undermined by its fight with the internet. You get the sense that Russian politicians are in league with all the enemies of Russia. In the novel “Moscow 2042” I even wrote that all the CIA agents worked in the KGB and vice versa, and at some point they stopped being able to figure out who was working for whom.

As Alexander Solzhenitsyn wrote, “only lies can justify violence, and only violence can prop up lies.” In a normal state, the constitution and elected parliament help it grow and develop. In an authoritarian state, democratic institutions only hinder the natural development, since among other activities, they spend their time doing idiotic things like passing the law on the mass media and foreign agents.

Remember: the Soviet Union was destroyed by those who persecuted dissidents. It looks like we are headed in the same direction. Why are they making the same mistake all over again? It’s clear that all attempts to institute bans are pointless and will only work for a very short time: the more they ban, the more people develop a longing for the truth.

The best thing for them to do would be to change the form of governance. That way they’d be victorious — because in a normal state, no one cares what “western voices” say.

Vladimir Voinovich is a celebrated novelist, playwright and journalist, who was forced into emigration in 1980 for his satirical works and anti-Soviet views. He now spends most of his time in Moscow.

This article was originally published by Snob.ru.

Thanks for signing up!
Read more about: Soviet Union

The KGB forbade Valentina from talking about her time in a Gulag camp. Today, she tells her story.
Generation Gulag

One moment between Galina and a young Norwegian man led to five years in a Gulag labor camp.
HAPPY BIRTHDAY

The U.S. fast food giant opened its first chain in Moscow on this day 30 years ago, in the final months of the Soviet Union.
Generation Gulag

In the years after World War II, Soviet recruiters traveled the world, convincing those who’d fled the Bolshevik Revolution to return. Liliane’s father...