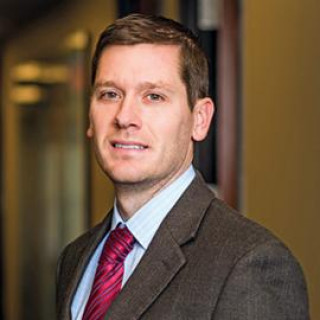 President Donald Trump’s continuing courtship of Russian leader Vladimir Putin is casting darkness over U.S. foreign policy. But there is a ray of light where Russia is concerned.

The Pentagon is now reportedly beginning preliminary research on a ground-launched cruise missile that would be prohibited under the terms of the Intermediate-range Nuclear Forces Treaty, or INF. This is an overdue step toward making Russia pay for its violations of that accord, and perhaps even positioning America for strategic advantage in a post-INF world.

The INF Treaty, signed by President Ronald Reagan and Soviet leader Mikhail Gorbachev in 1987, was a landmark arms control agreement between the two Cold War superpowers. Rather than simply capping the number of weapons and delivery vehicles Washington and Moscow could possess, the treaty committed them to totally and verifiably eliminate ground-launched ballistic and cruise missiles with ranges between 300 and 3,400 miles.

The deal marked a dramatic de-escalation and even reversal of the arms race, and stands as a key milestone in the end of the Cold War.

But arms control treaties only work if both sides adhere to their terms, and recently the Kremlin has been playing the scofflaw.

For years, the U.S. has known that Russia was developing and testing a ground-launched cruise missile (the SSC-8) with a range sufficient to violate the terms of the treaty, even as Moscow has repeatedly denied that the missile is noncompliant. In 2014, the U.S. State Department went public with this accusation, and the Obama administration sought to bring Russia back into compliance with the accord through diplomatic engagement.

In early 2017, however, The New York Times reported that the Russian military had secretly deployed two battalions of the SSC-8, one in southern Russia and one at an unknown site elsewhere. As a result, what was once a groundbreaking bilateral agreement has now become a one-way street: Only the U.S. still honors the terms of the 1987 deal.

Nor is the INF the only arms control deal that Russia is breaking. Moscow “suspended compliance” with the Treaty on Conventional Armed Forces in Europe in 2007; it now regularly conducts large-scale military exercises, such as the recent Zapad 2017, that flout its provisions. Suspicions abound that Russia is also violating the New Start arms control agreement signed with the Barack Obama administration in 2010, by improperly (in other words, not permanently) disabling its SS-25 mobile missiles. The list goes on and on.

Stanislav Petrov, Who Saved the World from Nuclear Holocaust, Died in May

So far, Washington has struggled to respond these violations, because Russia has simply ignored or denied U.S. accusations of noncompliance (or sought to muddy the waters with spurious counter-charges), and because the Obama administration hesitated to move toward ending its own compliance with the INF Treaty so long as there seemed some faint hope of resurrecting it.

Now that the Russians have actually deployed their prohibited missile, however, there seems to be a meeting of the minds between Congress, the Pentagon, and the NATO allies that the time has come to start imposing more serious costs on the Kremlin.

In the National Defense Authorization Act, Congress recently authorized $58 million for research and development of an intermediate-range, ground-launched cruise missile, and Pentagon officials have made clear that they are eager to proceed. To be clear, research and development — as opposed to testing, production and — does not itself constitute a violation of the INF, but the groundwork is now being laid to develop an INF-prohibited capability should Russia not return to the fold.

This makes eminently good strategic sense in two respects. First, even those who wish to save the INF must acknowledge that there is no prospect of bringing Moscow back into compliance unless the Putin government understands that noncompliance will come at a high price.

So long as the Russians can violate the treaty with impunity, they get all of its benefits without any of the costs. If, however, the U.S. shows it is willing to develop its own intermediate range missiles — which could reach Russian targets from Europe — the equation might start to change for Putin.

North Korea Fatalists Should Look to the Past (Op-ed)

After all, the original INF Treaty only became possible when the U.S. deployed highly accurate Pershing-II intermediate-range ballistic missiles and Tomahawk cruise missiles to Europe in the early 1980s, in response to the original Soviet intermediate-range deployments in the late 1970s. At the time, critics in the U.S. and Europe warned that the deployments would only accelerate the arms race, just as critics of the present decision will surely argue that it will only provoke Putin.

But then as now, building up was the vital precursor to building down. The mobile Pershing-IIs, Gorbachev later acknowledged, were “like a pistol held to our head.” Similar leverage is needed if there is to be any prospect of successful diplomacy today.

The second argument in favor of planning for a new missile is that it would help position the U.S. for a new strategic paradigm should the treaty be totally abandoned. Arms control agreements are not sacred: They only make sense if they advance both international stability and U.S. interests. The INF Treaty is clearly not serving those purposes today.

In fact, it now imposes a double cost on the U.S., because it also prohibits the Pentagon from developing intermediate-range weapons that might be quite useful in countering the Chinese missile threat in the Western Pacific. China, which is not a signatory to the INF and is therefore not bound by its provisions, has been developing a lethal force of ballistic and cruise missiles to target U.S. ships and bases.

Reasonable people can debate whether the U.S would be better off having an INF Treaty that Russia actually respects, or simply freeing itself from the constraints of that accord.

But either way, starting to look more seriously at developing capabilities banned under it is essential. Trump continues to get a great deal wrong about Russia today — but on this issue, his administration is headed in the right direction.

The views expressed in opinion pieces do not necessarily reflect the position of The Moscow Times.
Read more about: Nuclear Weapons

U.S. Sees ‘No Sense’ in Complying With INF Treaty

The United States believes it makes “no sense” to comply with a major arms-control pact without Russia’s buy-in.
opinion Leonid Bershidsky

Whenever and however Putin may leave, any successor will need to revise Russia’s geopolitical choice.
Arms

Russia has said it was planning for a U.S. deployment of new nuclear missiles in Europe following Washington's planned withdrawal from the treaty.
Nuclear Weapons

Russia Says U.S. Has Shown No Evidence It Is in Breach of Nuclear Treaty

Russia's Ministry of Foreign Affairs said the United States had yet to provide any evidence Moscow was in breach of the INF treaty.