Amfest, the American film festival organized by the Cool Connections agency with the support of the U.S. Embassy, is once again taking over the halls of the Formula Kino Gorizont theater. This is the festival's 10th year in Russia.

The festival prides itself on showing movies that have never been shown before in Russia and are not the usual blockbuster fare shown at the big movie theaters. The team at Cool Connections follows prominent film festivals, such as Sundance, Tribeca and New York Film Festival and selects those films that they think might be of most interest to a Russian audience.

"At Amfest we try to broaden the moviegoers' impression of what American cinema is, to expand their horizons beyond the films that you usually see at the movie theaters," said Alexandra Karyakina, Cool Connections' PR manager. "At the same time we don't avoid such big names as James Franco and Jesse Eisenberg because these are the actors a lot of viewers associate American cinema with."

Of course, the main attraction this year is "Black Mass," a retro gangster flick based on a true story starring Johnny Depp playing infamous Boston mobster Whitey Bulger. Benedict Cumberbatch plays the mobster's brother, senator William Bulger. With two leads that are insanely popular in Russia, this movie is sure to be a hit. 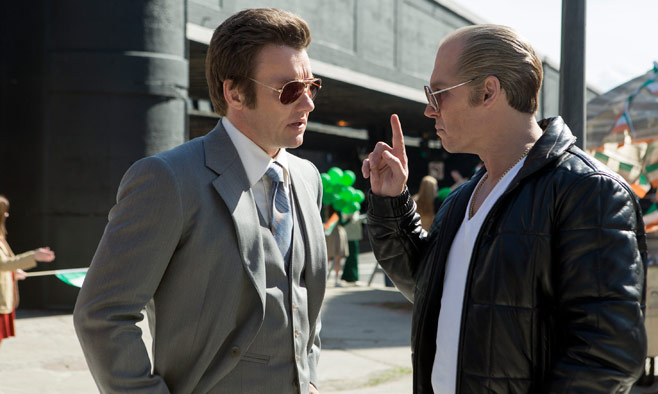 "Black Mass" is a bit of an exception to the usual Amfest lineup. It will be released in Moscow theaters in late October. The other Amfest premieres might never find a wide release in Russia. For example, Amfest will show the winner of this year's Sundance Film Festival — "Me and Earl and the Dying Girl." It's a comedy-drama about a high school crowd-pleaser and amateur director, whose world is turned upside down when he befriends a girl who was just diagnosed with leukemia. The director and the lead actors are all relative newcomers, but judging by their performances and the standing ovation they received at Sundance, we'll be seeing more of them in the future.

"The End of the Tour" is another film at Amfest based on a true story. It chronicles the book tour of the writer David Foster Wallace, the author of "Infinite Jest" who achieved cult status even before he committed suicide in 2008. The film revolves around the relationship between the writer, played by Jason Segel of "How I Met Your Mother" fame, and Rolling Stones journalist David Lipsky, played by Jesse Eisenberg. The movie is based on Lipsky's memoirs, "Although of Course You End Up Becoming Yourself," written in 2010 about his five-day meeting with Wallace in 1996. Directed by James Ponsoldt, the film got rave reviews in the U.S. for its superb acting.

One of the most interesting premieres at this Amfest is "Mistress America," the latest movie by indie director Noah Baumbach. "Mistress America" stars Baumbach's muse Greta Gerwig, who also co-wrote the script, and the rising star Lola Kirke, the lead actress of popular Amazon series "Mozart in the Jungle" and a sister of Jemima Kirke, one of the Lena Dunham's "Girls." Gerwig and Kirke play stepsisters-to-be that decided to meet when they find out their parents were getting married. Then a familiar brand of Baumbach comedy ensues — an eternal story about quirky young people trying to find a place in the sun in today's world.