A poll conducted this month by the analytical Levada Center found that most Russians support the idea of an international tribunal on the crash of Malaysian Airlines flight 17, although they also believe that either the Ukrainian military or the Ukrainian government are responsible for the disaster. In a poll taken earlier this month, Levada pollsters found that 85% of Russians put the blame for the crash on Ukraine. 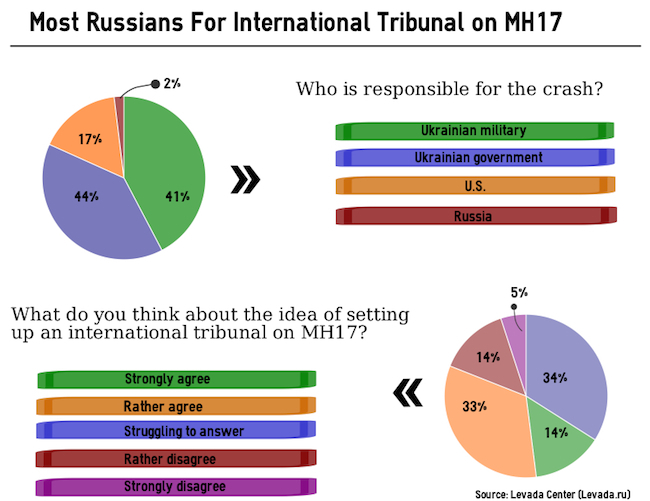 Russia's decision to reject the proposal for an international tribunal into the MH17 disaster is a complicated one, writes columnist Georgy Bovt.
news

One Year On, Russia Opposes Tribunal Into MH17 Airplane Tragedy

On the eve of the first anniversary of the downing of Malaysia Airlines flight MH17 over war-torn eastern Ukraine, Russian President Vladimir Putin...
news

Russia is pushing for a greater U.N. role in an investigation into what caused the downing of a passenger plane in eastern Ukraine last year.
news

Russian President Vladimir Putin on Wednesday ordered his government to take over operations at Europe's largest nuclear power station in the Russia-annexed...