Thousands of people will don their best clothes and welcome spring with dancing, music, great food and football at Navruz celebrations in Moscow this weekend.

The ancient festival, which is called Navruz in Russian and has more than a dozen different similar spellings including Nowruz and Navroz, is believed to have its origins in the Persian pre-Islamic religion Zoroastrianism and has been celebrated for over 3000 years in different parts of the world including the Balkans, the Black Sea Basin, the Caucasus, Central Asia and the Middle East.

Falling on the spring equinox, Navruz is seen as a holiday of renewal and a way to celebrate the coming of the new year in nature. The word means new day.

It is a "uniting celebration, the beginning of life, the beginning of the year," said Djamilkhan Begiyeva, president of Mekenim Ala-too, a centre for the development of Russo-Kyrgyz relations. "In Russian, there is a saying 'one day provides for the year' and, for us, all hope for the year starts on this day."

In Soviet times, Navruz was celebrated in secret as it was considered religious and nationalistic by the authorities. "It was prohibited as an Islamic holiday but has now become reanimated and we are very happy that it is now celebrated by all and not just Tajikistan," said Gavhar Juraeva, head of the legal aid center, Migration and Law, and president of the Tajikistan Foundation, "Traditions like Navruz should be used as a way to stop radicalization."

UN Secretary-General Ban Ki Moon in his Navruz message for 2015 said "The annual observance of Nowruz is a wonderful opportunity for people to join together to celebrate cultural diversity, dialogue and mutual respect. It is a moment of unity and solidarity, within and among societies, that is all the more important at times of strife and division."

Navruz is registered on the UNESCO "List of the Intangible Cultural Heritage of Humanity." 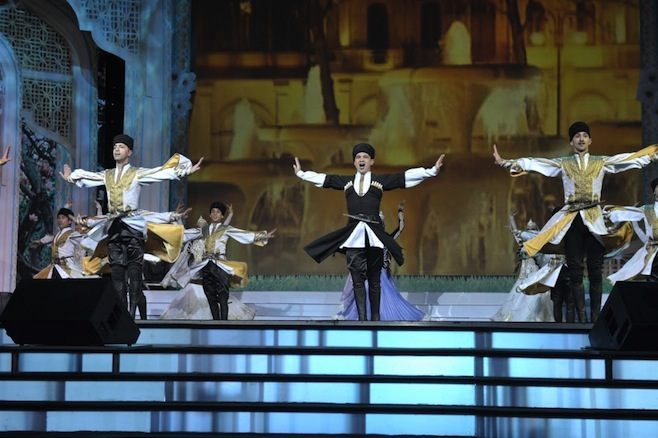 
Cultural performances, culinary delights and colorful handicrafts will fill the Rossiya concert at Luzhniki in an annual event organised by the city with foreign embassies and local organizations.

In another part of the program, teams from various national associations will compete in a football tournament, organized as part of an initiative to promote tolerance.

The part of the celebration that preoccupies many of those who celebrate Navruz is what goes on the table. The most important thing is sumalyak, a sweet dish made especially for Navruz and the "haft-sin," an ancient tradition of setting your table with seven items beginning with the letter "sin" in the Persian alphabet.

This seemingly random assortment of objects, symbolizing life, fertility and nature among other things, often include wheat or barley sprouts growing in a dish, an apple, candles, a mirror, rose water, painted eggs and a goldfish.

In Iran, where the tradition of "haft-sin" is widespread, goldfish merchants prepare for a peak in sales around Navruz every year. Animal rights activists in the country have spoken out against the treatment of the goldfish that, while symbolizing life, for the most part die only a few after the holidays, Iranian news agency Mehr news agency reported.

Navrus also marks the end of the fasting period and the start of the new year for members of the Baha'i Faith, a religion that originated in Iran in the nineteenth century. "It is the first day of the Baha'i year and a festive event where everyone is welcome, irrespective of their religion, nationality or race", said Oksana Shulga, member of the Baha'i administrative body of Russia. They will celebrate Saturday with a free music and theatre program.

The restaurant Stariy Dub will usher in the new year Sunday with Tajik cuisine and music. Tajik pop singer Bahrom Ghafuri will perform.

A concert of Iranian folk music takes place Friday at the Glinka Museum of Musical Culture to mark Navruz."It is a celebration of nature and renewal," said Ibris Ibrisi, cultural representative for the Iranian embassy, "Everything dies in winter and comes to life in spring." 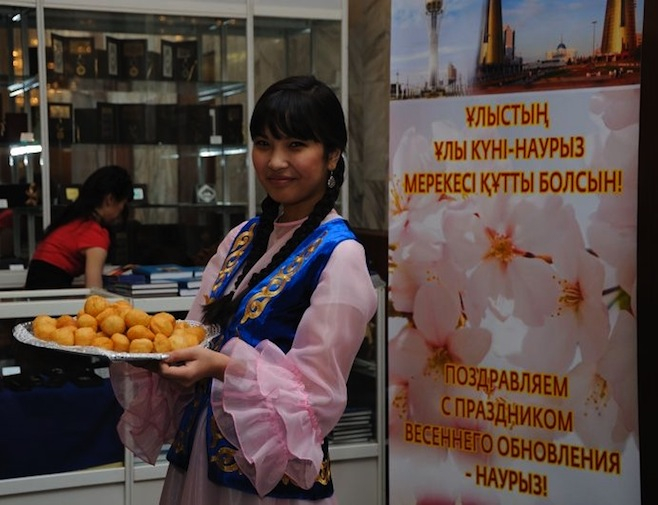 Take two little words - хлеб (bread) and соль (salt) - put them together and get something grand.