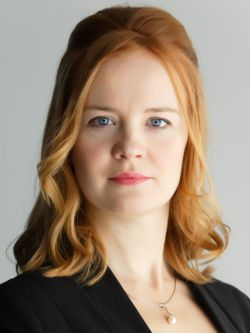 More than one General Director

An interesting change is coming about in respect of governance, and it concerns all corporations which will now have the right to appoint several individuals to act as a sole executive body (General Director/CEO, Director, etc.). Such persons will be authorized to act jointly or individually as set out in the organization's articles of association and reflected in the Unified State Register of Legal Entities. Those changes are intended to enable Russian companies to modernize their corporate governance framework by allowing a second set of eyes to where some or all actions should be performed only in coordination with another authorized person. It is not clear yet whether a combined distribution of powers will be introduced in Russia so that some actions or transactions can be performed individually while others in excess of a certain amount or certain types of transactions (such as those involving real estate or bank loans) will require signatures by two executives. However, it may be difficult to reflect such a combination of independent and joint powers in the Unified Register of Legal Entities, records on which are now quite brief. In any case, one should wait until the amendments to the specific federal laws, "On Limited Liability Companies", "On Joint-Stock Companies" and "On State Registration of Legal Entities" are introduced. These will hopefully clarify the application of the above-mentioned novelty and the new registration procedure.

Abolishment of ZAOs and ODOs

Another important innovation is the elimination of the division of joint-stock companies into closed and open ones. Starting from September, closed joint-stock companies (in Russian — ZAO) will no longer be registered. Existing ZAOs will not be required to re-register, but will have to bring their foundation documents in line with the new law when introducing changes to their articles of association after the law takes effect. Until then, the existing provisions of the law will continue to apply to them. Please note that if a ZAO meets the criteria of a publicly traded company, i.e. its shares and securities can be converted into shares which are publicly placed or publicly traded, they will subject to the public joint-stock companies law. The adopted changes will make joint-stock companies more transparent because the earlier changes to the Civil Code of the Russian Federation, which will take effect on Oct. 1, 2014, have already prevented join-stock companies from keeping internal shareholder registers, obliging them to engage persons duly licensed as profession securities brokers for this purpose. All in all, these changes may push some ZAOs to reorganize as limited liability companies.

Changes in payment of authorized capital