While online video streaming in the U.S. has shown that the Internet can be effectively monetized by film and television, the fear of piracy in Russia has limited the spread of such services here.

Only now, a few companies are taking the plunge and offering online streaming services, and The Moscow Times spoke to three of them to get a sense of the online video market in Russia today.

The first online cinema in Russia

Ivi.ru is considered to be the first Russian online cinema — and is the most popular. Founded in 2010, it has reached 30 million unique users with 200 million views per month in only four years. The catalogue consists of more than 70,000 videos, and the Ivi app on Smart TV is one of the most popular for Samsung, Philips and LG televisions around the world.

While Ivi was not breaking the law, they decided not to show the movie on the website in order to avoid confrontation and legal battles with big companies.

The founders of Ivi wanted to create the first legal online cinema with a commercial business model, and hoped to become a giant in Russia's burgeoning online video market.

The main rivals for Ivi are pirates, which is one of the reasons why the company decided to work with an advertising video on demand, or AVOD, business model. People can watch 97 percent of the site's content for free, while another 3 percent  is in a premium-class package that users must pay for, either by subscription or for a single movie, but there is no advertising. The price is 299 rubles ($8.64) for a month's subscription or from 99 to 249 rubles per film.

"We do not want to struggle with piracy. We stay in a neutral position and work with our audience," said Sergei Kornihin, Ivi.ru senior vice president and general producer.

Where to watch hit American series

Amediateka.ru was founded last June, and it gives a unique opportunity to watch television shows from American cable channels like HBO, Showtime, AMC and others. Amediateka is the place where everybody can legally watch Breaking Bad, Game of Thrones, Homeland and lots of different U.S. television series.

The idea of the online cinema belongs to Alexander Akopov, producer and CEO of Amedia, which includes a film company, a television channel and now, an online video portal.

"Fortunately or not, we do not have rivals in our segment," Akopov confesses. "We have collected the best from  television cable channels and this is exclusively ours." 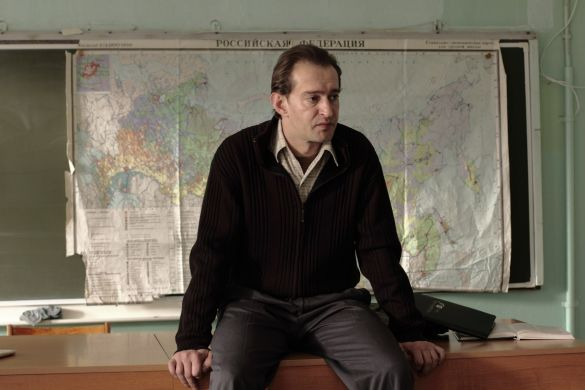 It took three years for Amediateka.ru to buy the rights to HBO content. Amediateka now has apps for Android and iOS, but the main platform for the website will be Smart TV — people want to watch movies on a big screen. Akopov is not quite sure about his audience, but he knows that his online video streaming is for discerning adults who want to watch best of the best.

Amediateka uses a subscription video on demand, or SVOD, model with monthly subscriptions priced at 299 rubles. Many television series are available either in Russian or in English with Russian subtitles, as per the request of the franchisers.

Pay for what you want to see

Play, initially known as Yota Play, was founded in 2008 by the majority

shareholders of Yota. The initial idea was to create an over-the-top, or OTT, service offering premium movies and television series on all connected devices with the main hub being the Smart TV platform.

"We decided that the combination of great content and Smart TV was going to change the picture, and our bet worked out," Play CEO Leonid Belyayev said.

The service itself was launched in 2011, and after three years, has 2.5 million registered users, more than 250,000 of whom buy movies and TV shows. Play offers more than 5,000 feature films and television series from all leading studios, with the focus on major releases.

In February, Play will offer the second season of "House of Cards," a famous television series by Netflix. Play can be installed in Samsung, LG, Philips and other Smart TVs. Play's business model is a combination of transactional, where viewers pay for a single movie, and subscription video on demand, known as TVoD and SVoD respectively.

With library titles priced from 79 rubles to 699 rubles, the price may seem expensive for one movie. However you purchase the film, not rent it, so the movie stays in your own collection. About 90 percent of purchases take place on Smart TV and just 5 percent are conducted through the website.

One of the reasons why Play was first of all designed for the Smart TV platform is piracy: It was absolutely clear to the Play founders that just another online movie site was not going to work with the realities of piracy in Russia.

Play considers the anti-piracy law as a first step towards the legalization of the Russian market, but it is still too early to talk about great results, because it takes more time and more effort.

While there are other competitors in the online video market in addition to these three companies, the field is still limited as yet. As Russians flock to the Internet and access to high-speed Internet spreads through the provinces, the sector is sure to grow in the years ahead.