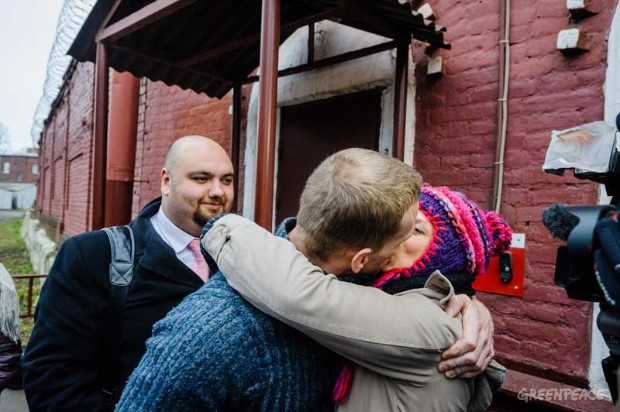 Dutch activist Mannes Ubels is greeted by his girlfriend after leaving the detention center in St. Petersburg. (Greenpeace)

All 26 non-Russian environmental activists who were detained over a protest at an Arctic oil rig in September, have left Russia.

Polish national Tomasz Dziemianczuk, 37, was the last Greenpeace activist to leave Russia on Sunday, Greenpeace said in a statement. The other 25 other foreign activists had all left by Saturday.

"I am very happy to be going home, but I don't feel the same for the ship and its future. I am emotionally connected to both the crew and the ship and for me the case will be over when the ship is back in Amsterdam," Dziemianczuk said before leaving Russia.

"This was only a great beginning to our Arctic campaign," he said. 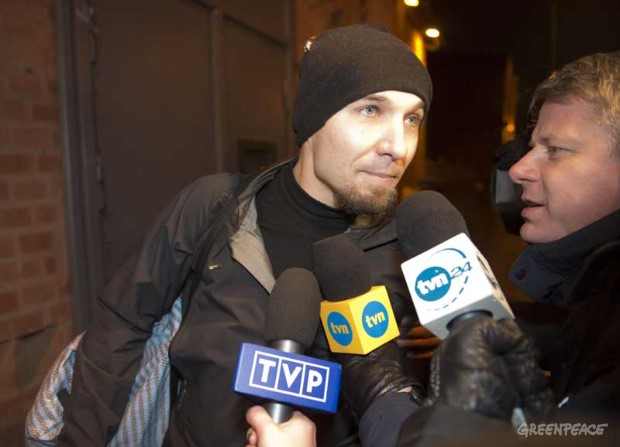 Tomasz Dziemianczuk after being released on bail from the detention center in St. Petersburg. (Greenpeace)

Greenpeace said it has appealed to the Investigative Committee to facilitate the return of the ship and the personal belongings of the "Arctic 30" now that they have been amnestied.

Many of the activists began to leave Russia immediately after they received their travel documents 100 days after their initial detention on piracy charges, which could have seen the protesters spend 15 years in jail.

The group of 30 activists, which included four Russian citizens, was released on bail in November after spending more than two months behind bars for protesting oil drilling in the Arctic.

The "Arctic 30" was detained by Russian border guards after trying to climb onto an oil rig owned by a subsidiary of Russia's state gas company Gazprom off the country's north coast.

Russian investigators dropped the hooliganism charges against the activists earlier this week as part of a broad prison amnesty granted by President Vladimir Putin to mark the 20th anniversary of the Russian Constitution.