Russia's first-ever Miss Universe beauty pageant will be packed with musicians: a former Spice Girl, Aerosmith's frontman, the U.S. rock band Panic! At The Disco and, it turns out, the singer-songwriter son of the billionaire who owns the Moscow venue hosting the event.

The news that Emin Agalarov, the 33-year-old son of real estate magnate Aras Agalarov, will share the stage with Mel B, Steven Tyler, and the double platinum-selling rockers from Las Vegas emerged this week when organizers presented details about the Nov. 9 competition at Moscow's Crocus City Hall.

Emin Agalarov, who goes by the stage name Emin and is a familiar face in Russia and Azerbaijan, might be best known in the West for his recent music video "Amor," which features the reigning Miss Universe, U.S. citizen Olivia Culpo, and has received more than 4.6 million YouTube views since late May.

"International recording artist Emin will also take the stage during the pageant," pageant organizers said in a statement released in New York on Thursday. "Emin spent much of this year traveling the globe promoting his hit single 'Amor,' which has already been released in Russia, Great Britain, his native Azerbaijan and is set for wide release this year."

Organizers and Crocus officials offered no further public comment about the decision to include Emin. 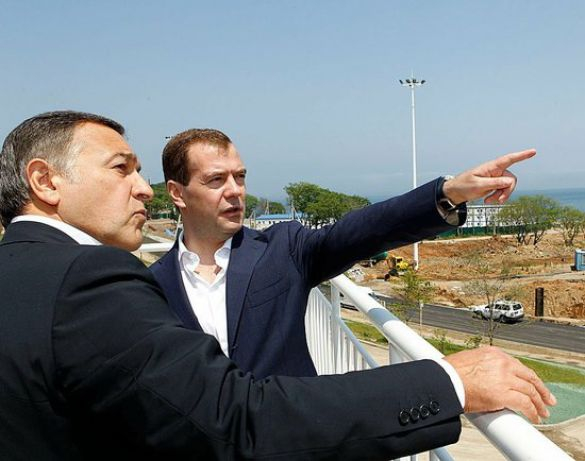 Emin has been accused of benefiting from family ties in the past. When Azerbaijan's capital, Baku, hosted the Eurovision Song Contest last year, the local organizing committee raised eyebrows by asking Enim to perform as a non-contestant. The head of the organizing committee happened to be Enim's mother-in-law and the wife of Azerbaijan's president, Mehriban Aliyeva. (Emin married President Ilham Aliyev's elder daughter, Leyla, in 2006.)

Emin, who moved with his family to Moscow at the age of 3, appeared jubilant about the prospect of appearing before a worldwide audience at the Miss Universe pageant.

"A household name in Russia and star of the 2012 Eurovision Song Contest (which boasted a live viewing audience of 150 million), Emin … will bring his music at year's end to an astounding worldwide TV audience of over a billion viewers," said a statement on his official website.

Miss Universe organizers said that the competition would be broadcast to an estimated 1 billion viewers in 190 countries.

If Emin's performance should fail to contribute significantly to his popularity, he can still keep his day job. Emin works as vice president of Crocus Group, the holding company owned by his father, who Forbes magazine says is worth $1.8 billion. 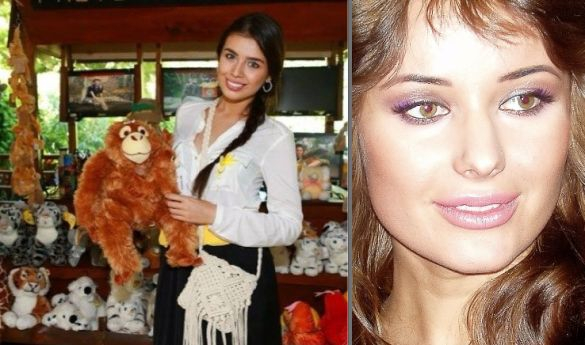 As for the pageant program, organizers said it would be co-hosted by Mel B, whose full name is Melanie Brown, and U.S. television journalist Thomas Roberts. The duo will replace the host from the past two years, Andy Cohen, who bowed out this summer to protest Russia's new law banning "homosexual propaganda" to minors.

"The law is that anyone under suspicion of homosexuality can be arrested," Cohen said in announcing his withdrawal on U.S. television in August. He added that he "didn't feel right as a gay man stepping foot into Russia."

Mel B previously hosted the Miss Universe contest in Vietnam in 2008.

Among the other celebrity participants, Aerosmith frontman Steven Tyler will lead this year's jury in judging the 90 contestants in three categories: swimsuit, evening gown and interview.

The prospects of success for Russia's contestant remain unclear. Elmira Abdrazakova, a 19-year-old native of Mezhdurechensk in Siberia's coal-producing Kemerov region, is an award-winning pianist who once rescued a bear cub caught in a soccer goal net at summer camp, according to her biography on the Miss Universe website.

Russia has won the Miss Universe title once before, when Oxana Fedorova was crowned in 2002. Fedorova stepped down after four months amid rumors that she was pregnant. She denied the speculation and said she quit to pursue her studies at a St. Petersburg police academy. To this day, the pageant refuses to recognize her as a former Miss Universe.