Autumn may have set up camp in Moscow, but that does not mean you have to give up on going out and having fun! It is actually the perfect way to chase away the blues, and forget for a night or two that it is dark and cold outside. That is why I have put together some season-appropriate suggestions for you, and as always, there is plenty to choose from, so let's dive right in!

On Friday you will have a chance to be transported to New York and visit Tom's Diner, because Suzanne Vega is in town! You will get to hear Vega's chart-topping singles from her 1987 album, 'Solitude Standing,' as well as her latest songs, of which she has got plenty. Known as 'the female Leonard Cohen' — who, according to Vega herself, is one of her musical idols — she creates an incredibly intimate atmosphere during her concerts that is guaranteed to create great memories for all those who choose to attend. So do not miss it. Suzanne is performing at the Arena Moscow on Friday. The venue is located on 31 Lenigradsky Prospekt, and the concert kicks off at 8 pm. 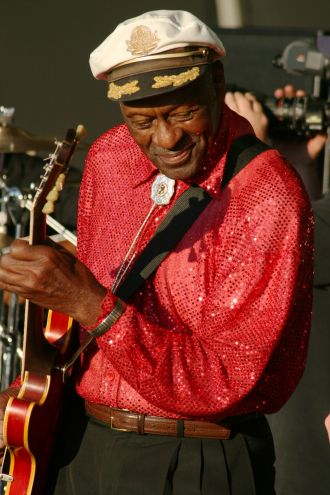 If you are craving something a bit more uplifting to energize you for the entire weekend, then you need to make your way to Solyanka on Saturday and let your hair down with 808 State, a Mancunian trio known for their hypnotic electronic new wave beats. They are probably one of the most prominent members of the so-called Madchester, the unique mix of psychedelic rock and dance music that originated in Manchester back in the late '80s. 808 State shared their fame with other big names in the industry like The Stone Roses, The Happy Mondays and New Order, and they are coming to town, so go and check them out! Just remember that if you do decide to go, Solyanka has a rather tough face control policy, so best to get there earlier and guarantee yourself a spot! Solyanka is located in the very heart of the capital, at 11/6 Ulitsa Solyanka, near Kitai-Gorod metro station.

And on Sunday, our fair capital will be rockin' and rollin' with the legend himself — Mr. Chuck Berry! Despite the fact that he is 87 years old and has not released a new track in more than 30 years, the man still sells out concert venues worldwide. Berry, famous for being a true pioneer of rock 'n' roll, rose to fame back in the 1950s, when he decided to see what would happen if he mixed blues and country music together. The rest, as they say, was history, and the hits he recorded back then, like "Roll Over, Beethoven," "Rock and Roll Music" and "Johnny B Goode," are as popular today as they were back then. And the energy at his concerts is palpable, which is incredible considering the man is just a few years shy of hitting the 90-year-old milestone! Chuck Berry's concert is a perfect way to end the weekend on a high note, so go check him out at the Izvestia Hall, which is located at 5 Pushkinskaya Ploshchad. The show starts at 8 p.m., so you will not even be out that late, unless, of course, you decide to go dance the night away afterwards.

As always, there is something happening in the city for everyone, so plan your weekend accordingly! Hopefully, this is enough incentive to get you out of the house, because with the average Russian winter lasting until around April, there will be plenty of time for hibernating, but I will still attempt to motivate you, snow and all. Have a fabulous weekend!