You're all ready for your trip to Russia. You know how to say "hello" and "thank you" and you've even brushed up your knowledge of Russian history. But that won't be enough.

Statistics show that 107% of all communication is non-verbal. So clearly, you need to give your non-verbal communication skills a full 110% effort. Sadly, you never received any formal training in this most basic body language skill, and even the heaviest of cross-cultural tomes fail to come close to the most rudimentary elements of how (NOT) to shake hands in Russia.

Luckily, I have some tips. 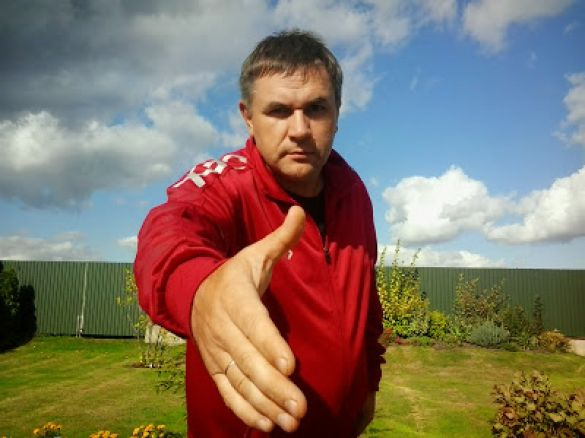 Yes, you should probably shake his hand. But do you know how?

Seven Ways How (Not) to Shake Hands in Russia.

1. With your gloves on

It doesn't matter if the outside temperature is nearing absolute zero. Even if the molecules in the air are at a standstill, your left hand had better be in motion to remove your glove  before you shake hands in Russia.

Nothing screams " I- am-  — foreigner- and- want- to- remain- in- a- protective- germ- free- Western- bubble, -free- from- your- Russian- influence- and- bacteria" more loudly than keeping your glove or mitten warmly over your outstretched hand. Give no thought to the inconvenience it takes to remove your comforting gloves in the howling Siberian wind. After all, there is some sense to this: how would you feel if someone put on a glove to shake your hand?

2. Exclusively with people you know

Undoubtedly, half the battle is knowing not just how not to shake hands in Russia, but knowing who (not) to shake hands with. Let me present the following situation. You're walking down the street with a friend. Your companion meets a friend who is with someone else. No one introduces you. Who should you shake hands with? That's right! You should shake everyone's hand (except, obviously, your companion's). No need for introductions here. Do you really think you will remember your friend's friend's name? Of course not. But it makes sense to show them some respect. In my native American culture I give my friend's friends a respectful head nod and only shake hands if I have been properly introduced. In Russia people will think you're rude.

If you are a man, should you shake hands with women? In my native country, it is proper for men to shake hands with both men and women, although the latter can't seem to decide among themselves on whether the handshake should be firm or a more graceful and gentle taking of the hand.

In Russia, I have learned not to shake hands with women unless she offers her hand first. It is perfectly normal in a business setting for a man to enter a room and shake hands with all the men present, whether he knows them or not, and not offer his hand to a single member of the fairer gender.

However, as a woman you can decide what to do for yourself. You are more than welcome to offer men your hand. In fact, make a habit out of it and watch Russian men hide their shock under a thin sheet of delight. 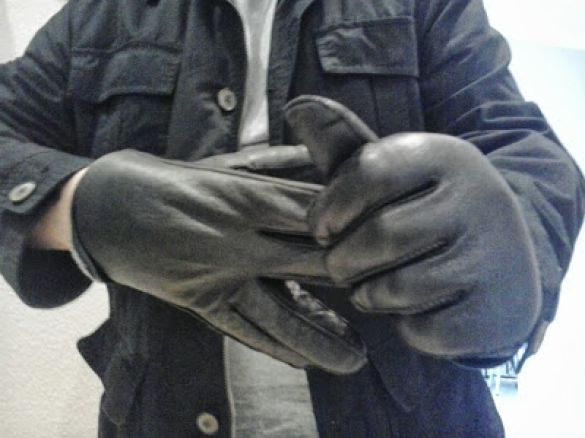 Remove to improve the shake.

4. Over two other people's hands that are also shaking

This is a tricky one to describe. Imagine five people approaching five other people. For the sake of argument, let's pretend that all of these ten people are men. Now, to speed things up, it would make sense for this to be a free-for-all. However, certain not-so-Russian-sub-cultures-in-Russia claim that if four men are shaking hands (in pairs of two) and their hands cross each other, that they are recklessly casting a plague on their own houses.

I don't know whether that's true, but you will need to patiently work out a system where each man shakes hand with each man in the other group without anyone having a plague-inviting- cross- over-scandal- inducing handshake. And plague or not, it does show each person a maximum amount of respect, regardless of whether they have been formally introduced.

Each culture has its very clear "do's" and "dont's". For example, in many Asian cultures, it is socially unacceptable to show the bottom of your foot in any form or any way to anyone. Or another example, in my native land of Northeast Ohio, it is considered distasteful to moon anyone, regardless of your relationship. In the very same way, you should only shake hands across a threshold in Russia if you desire a plague on your friend's family and desire to casually spit on fragile international relations. So, what should you do?

Let's imagine that you rang your friend's doorbell and he opened the door. If it was a she, you will need to refer to my previous post before reading any further. Now that you are sure that it is a man who has opened the door you may say "hello". And now it is time to shake hands. Almost. Before extending your hand, be sure that either you have crossed the threshold and are in the safe zone or ensure that your friend has subtly exited his home and is now extending his hand to you. If he has subtly exited, perhaps it is not necessary for me to even subtly suggest to you what is being communicated. If you are the one inside a home, open the door, welcome your guests in, and take two steps back. Now you may extend your hand.

6. Only with clean hands

To be sure, this point is misleading. In reality, you should not only shake hands with clean hands, but you should go through all the motions of the handshaking ritual. Allow me to explain.

Let's imagine that a mechanic has been working on your car for a few hours and you show up and want to shake hands. Or a plumber has been fixing your toilet and you want to shake his hand. In both cases, this is a strong and unexpected move, much like using your knight for checkmate.

First, extend your hand confidently. Then look said workman in the eye and say "hello". That is, of course, assuming this is the first time you have seen them today. When they mildly protest that their hands are dirty, pretend to not hear and extend your hand even more confidently. Then watch as said workman lifts his right arm with his dirty hand twisted away from your reach. What are you to do? You must now grasp his wrist ever so lightly with your thumb and one finger and shake. And now you must continue conversation as if you had shaken hands in the most vigorous and traditional sense.

7. More than twice a day

But that's for another day.


Are you a foreigner? How have you learned (NOT) to shake hands in Russian? Are you Russian? If so, what have I missed and how have I misrepresented your great land? Comments below...